SamMobile had revealed even before the Galaxy Watch Active 2 came out that it would have an ECG monitoring feature. The Galaxy Watch Active 2 is Samsung’s first smartwatch with hardware that could let people take an electrocardiogram (ECG) right on their wrist. It wasn’t present on the smartwatch when it was released last year. Samsung said that it was still waiting on approval from relevant regulatory bodies.

Samsung has now received approval for ECG from the Ministry of Food and Drug Safety in South Korea. What this means is that users will soon be able to take advantage of this feature, at least in the company’s home country. Samsung will make the Galaxy Watch ECG feature available elsewhere as and when the regulators grant approval in those countries. The FDA has also approved the feature for use in the United States.

What Is The Galaxy Watch ECG Feature 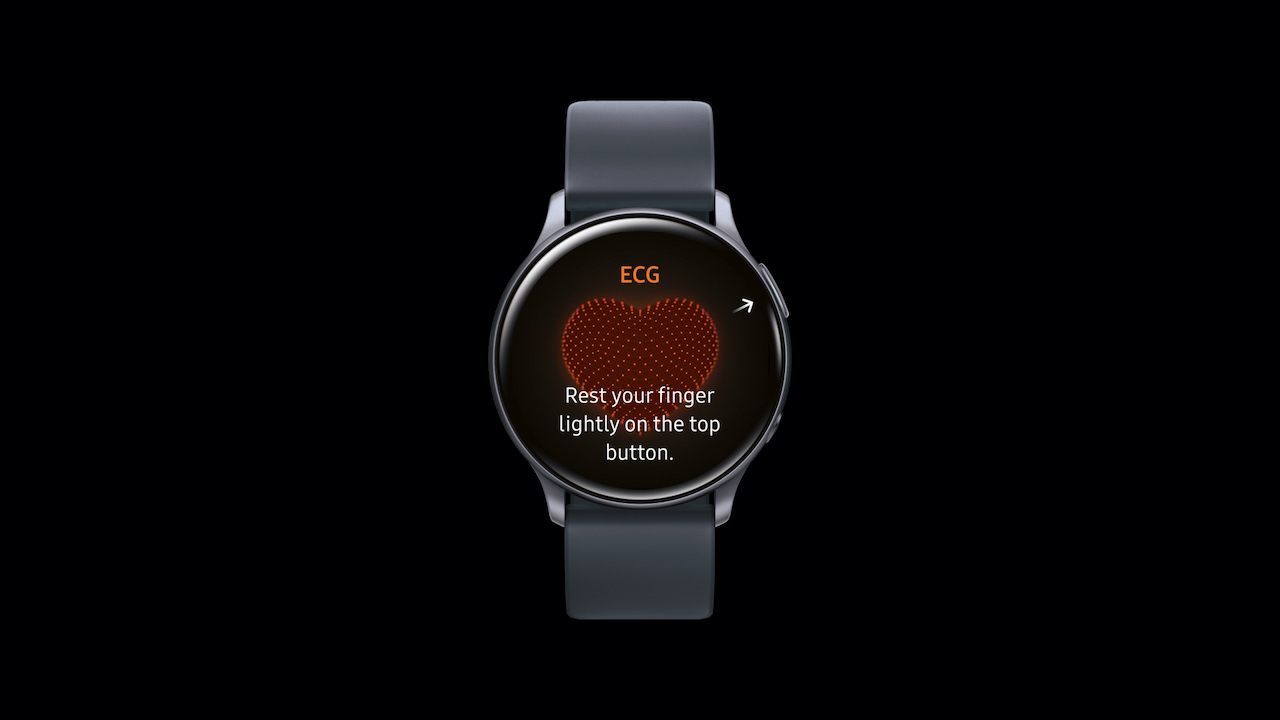 The ECG feature enables users to take an electrocardiogram from their wrist. They can keep an eye on their heart rhythm with their Samsung Galaxy Watch, particularly when they experience symptoms like a rapid or skipped, low or irregular heartbeat. The data can then be shared with physicians for an expert opinion.

The Galaxy Watch ECG feature is also capable of providing users with Atrial Fibrillation or AFib notifications. It does that by occasionally monitoring the heart rhythm in the background. AFib happens to be the most common abnormal heart rhythm. It affects more than 33 million people across the globe. A 2014 study found that more than 5 million new patients are diagnosed with AFib every year. AFib, if left untreated, can increase the risk of complications, which may lead to more severe outcomes that include heart failure, blood clots, and stroke.

The one-lead ECG reading may not rival more specialized at-home ECG devices; however, it’s a useful feature to have on something that you wear all the time. You may not carry a dedicated ECG device with you at all times, but you can comfortably wear a Samsung smartwatch when you’re out and about.

It’s pertinent to mention here that the ECG feature doesn’t look for signs of a heart attack. It shouldn’t be relied upon for ascertaining symptoms, which may indicate an impending attack. The sole purpose of the ECG feature is to measure and analyze the heart rhythm for irregularities.

How Does The Galaxy Watch ECG Feature Work 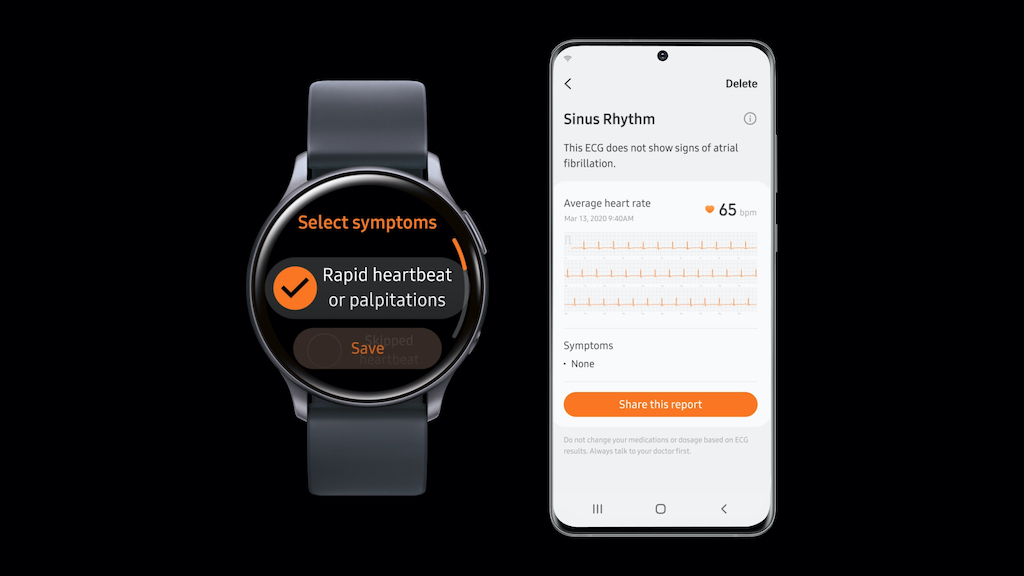 The feature works through the Samsung Health Monitor app which has now received approval from South Korea’s Ministry of Food and Drug Safety. It analyzes the heart’s electrical activity using the ECG sensor that’s embedded in the Galaxy Watch Active 2’s top button.

To get an accurate reading, make sure that you’re seating comfortably and then open the Samsung Health Monitor app. The watch should be fitted firmly to your wrist. Rest your forearm on a flat surface and then lightly place a fingerprint from the opposite hand on the top button for 30 seconds.

Samsung Health Monitor will then begin to measure your heart rate and rhythm. If it’s classified as a Sinus Rhythm that means the smartwatch has detected a normal and regular heartbeat. If the result is AFib, that indicates that the heart is beating irregularly, so a doctor should be consulted.

When Will The Galaxy Watch ECG Feature Be Available

As previously mentioned, South Korea is the only country where the Samsung Health Monitor app has been approved for ECG monitoring. The ministry also granted approval for blood pressure measurement earlier this month.

That doesn’t mean the app is readily available. Samsung says that it will make this app available to users in South Korea within the third quarter of this year. It may take longer for the app to become available elsewhere as it depends on quickly Samsung is able to secure approval from regulatory bodies.

The Galaxy Watch Active 2 was the first Samsung smartwatch that had support for ECG monitoring. Samsung has said that future smartwatches will have support for this feature too. True to its word, the company’s new Galaxy Watch 3 has the ECG feature.