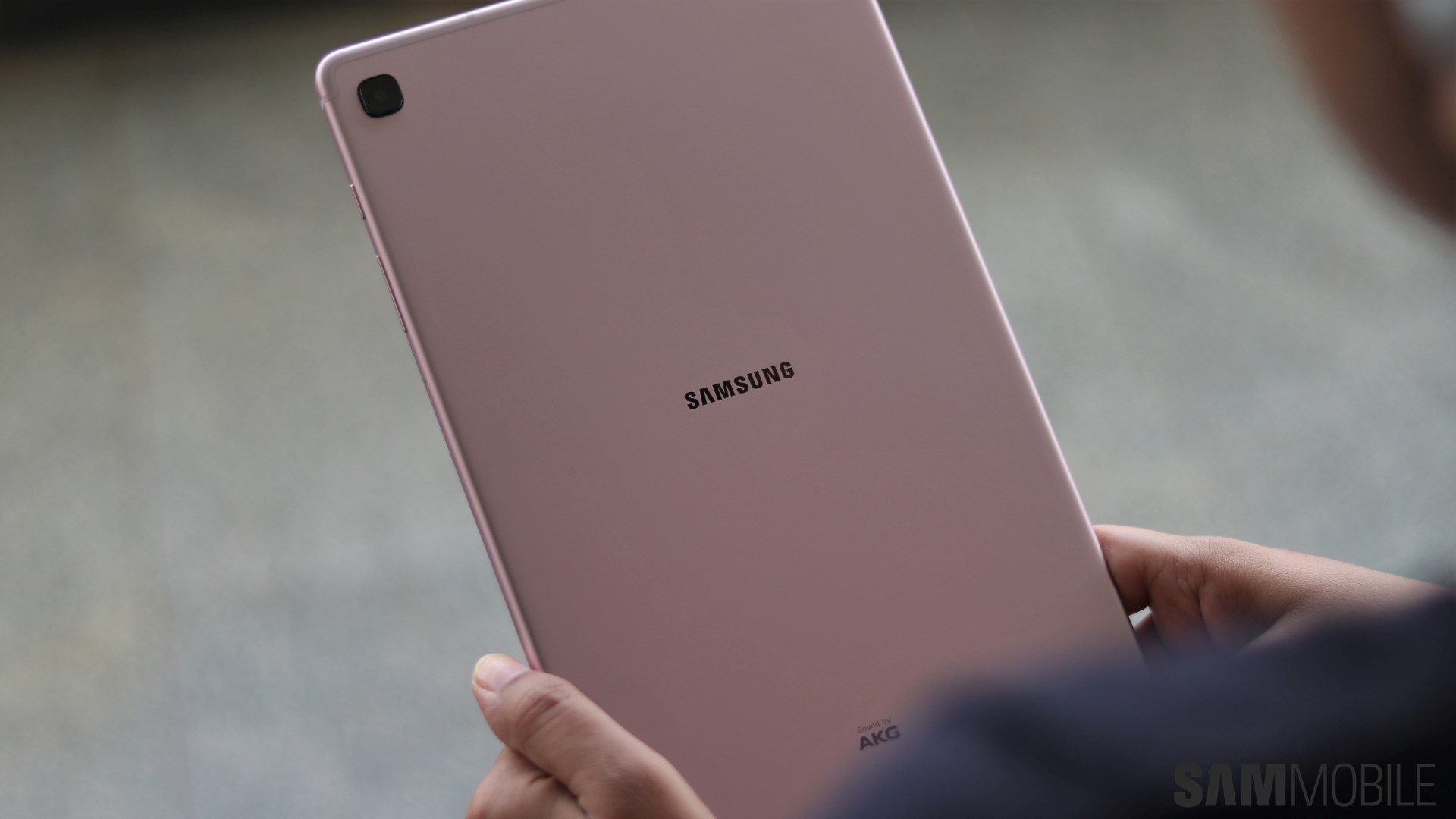 After many teasers, leaks, and rumors, Samsung finally unveiled its latest mid-range Android tablet, the Galaxy Tab S6 Lite, on April 16, 2020. As the name suggests, it’s a budget-friendlier version of the high-end Galaxy Tab S6, but many differences hide behind the similar design language.

Compared to the Galaxy Tab S6, the Lite model makes sacrifices in a few areas but the result is a considerably lower price tag. You can find more pricing details below. 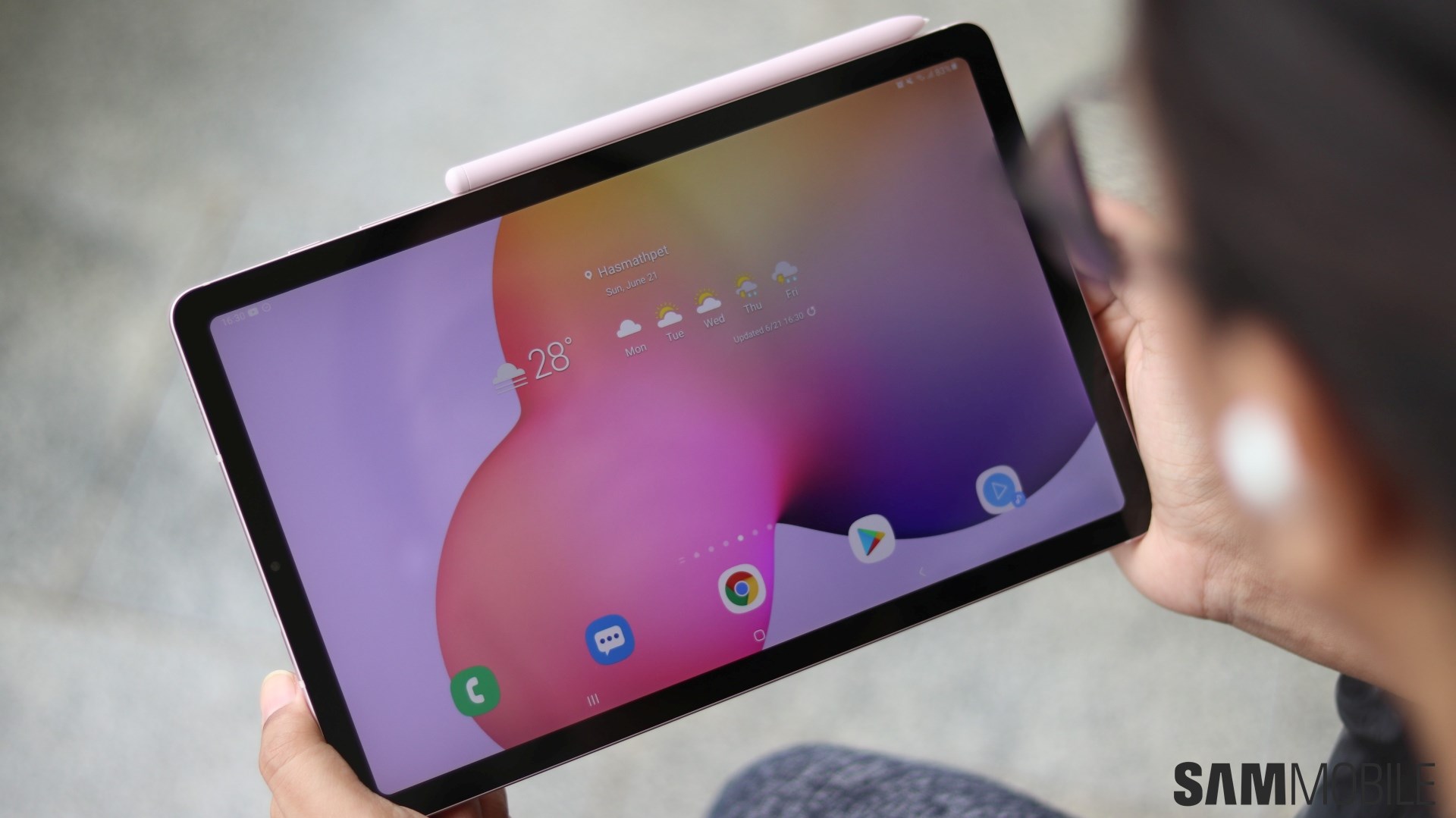 The Galaxy Tab S6 Lite looks very much like the high-end model with a couple of key differences. First, the Tab S6 Lite doesn’t have a special S Pen holder carved on the back panel, but it can hold the S Pen stuck to its edge with magnets. Second, the Tab S6 Lite has a single rear-facing camera, so there’s no mistaking the two.

The tablet has physical buttons on the right side, a USB Type-C port at the bottom along with a speaker grille, and a 3.5mm headphone jack at the top. 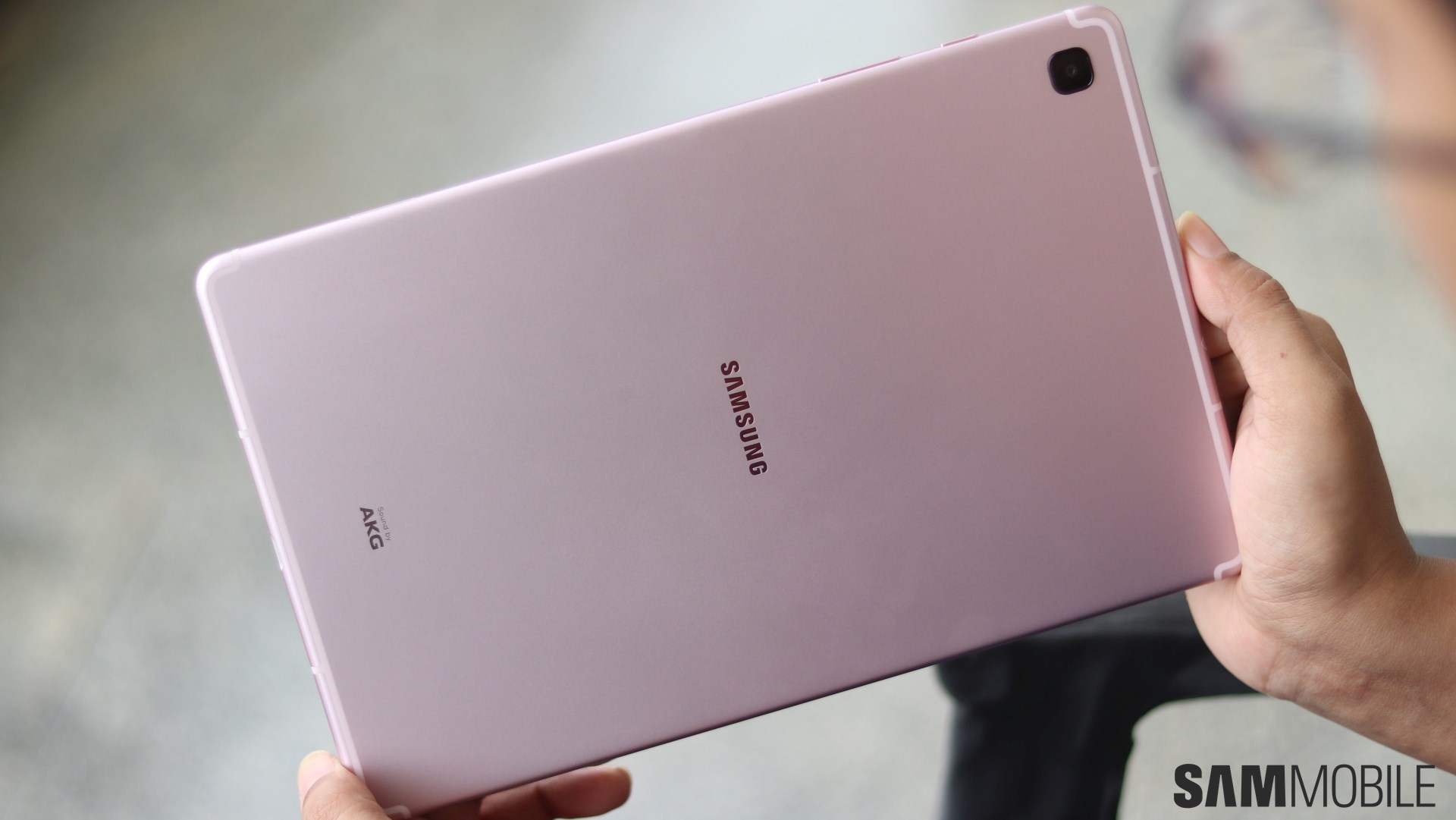 The Galaxy Tab S6 Lite features an Exynos 9611 chipset coupled with 4GB of RAM and 64GB/128GB of built-in storage. The on-board memory can be expanded by up to an additional 1TB via a microSD card.

Wi-Fi 802.11 a/b/g/n/ac 2.4GHz+5GHz connectivity is on-board, along with Bluetooth 5.0. The 4G variant comes with Cat.11 LTE capabilities. The tablet also benefits from dual speakers by AKG and features Dolby Atmos.

Powered by a 7,040mAh battery, the same as the Galaxy Tab S6, Samsung claims the tablet delivers up to 12 hours of internet usage time or up to 13 hours of video playback on a single charge. 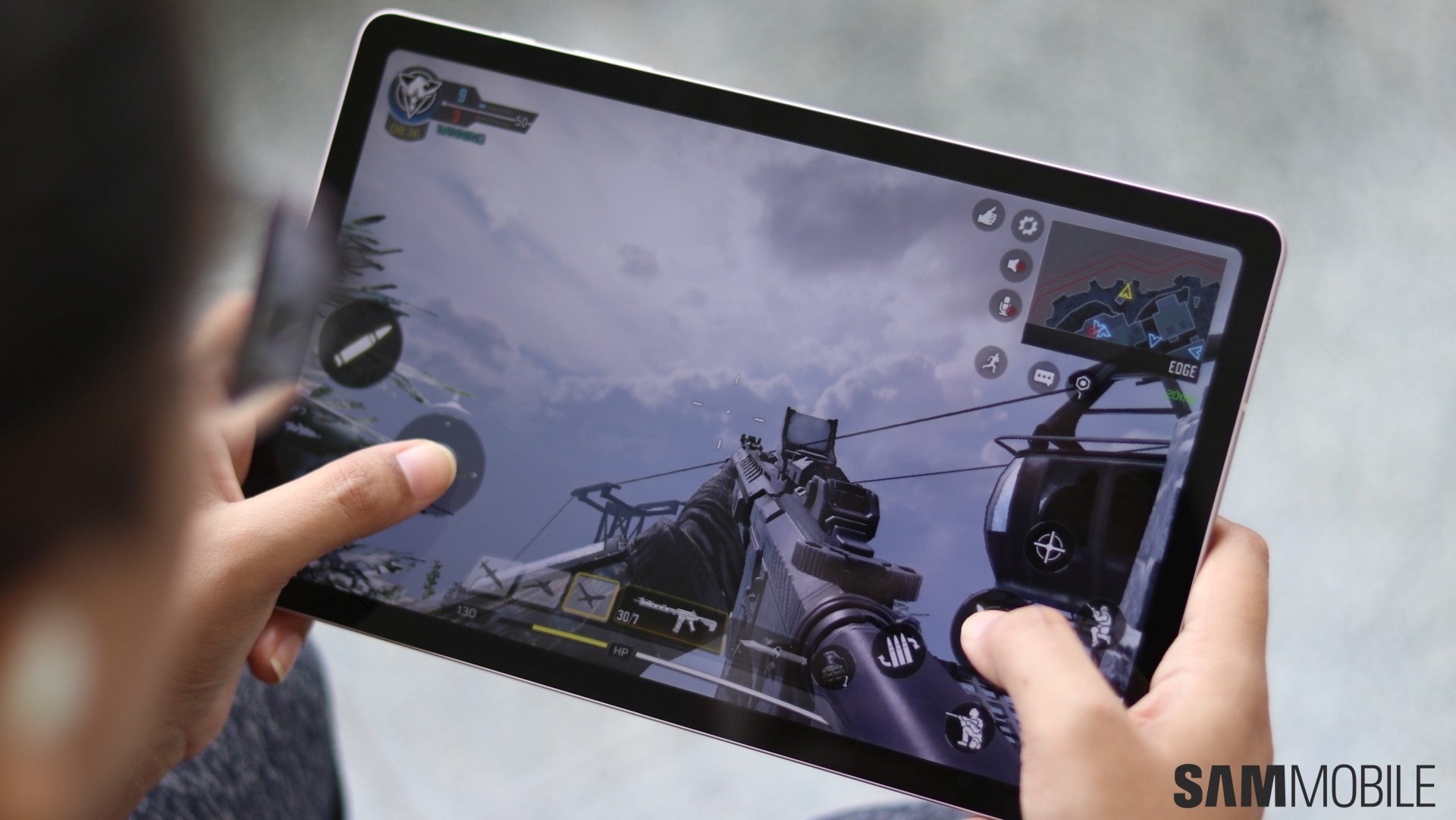 The Galaxy Tab S6 Lite has a 10.4-inch display with a resolution of 2000 by 1200 pixels. But unlike its high-end sibling which carries a Super AMOLED screen, the Tab S6 Lite employs a TFT LCD panel instead.

This is one of the tablet’s more obvious weaknesses. Most Galaxy fans expect the vibrant colors and deep black levels delivered by an AMOLED display, and they won’t get these characteristics from a TFT LCD panel. Understandably, Samsung had to cut some corners to achieve a lower price, and the display is one of the areas that have been affected by this strategy. 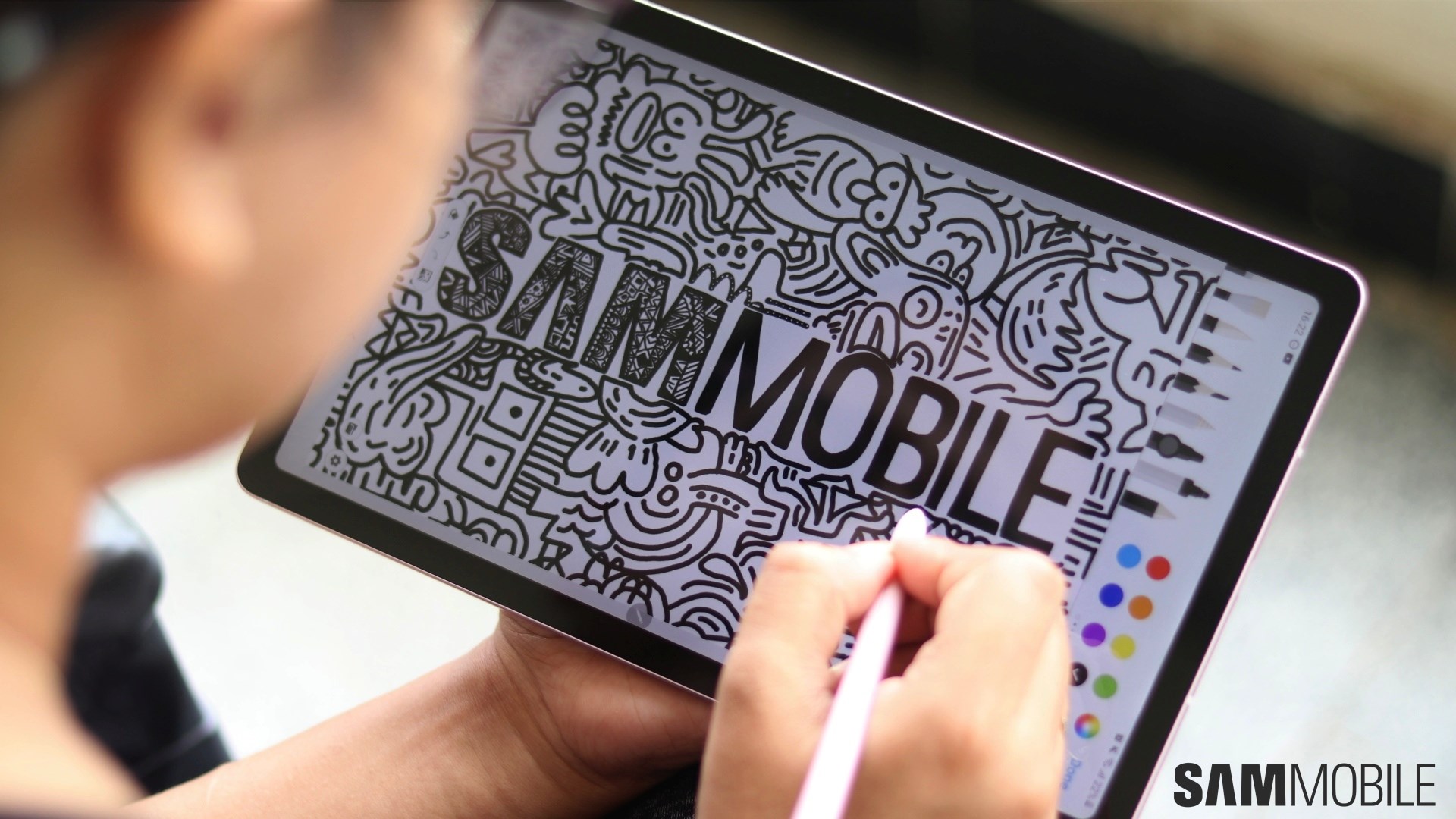 An 8MP camera with an f/1.9 aperture resides on the Tab S6 Lite’s back panel. This model doesn’t come with a dual-camera setup, leaving the Tab S6 as the only Samsung tablet to boast this characteristic.

At the front, the tablet carries a 5MP sensor with an f/2.0 aperture, which should be enough for video conferencing friends or family from your couch. 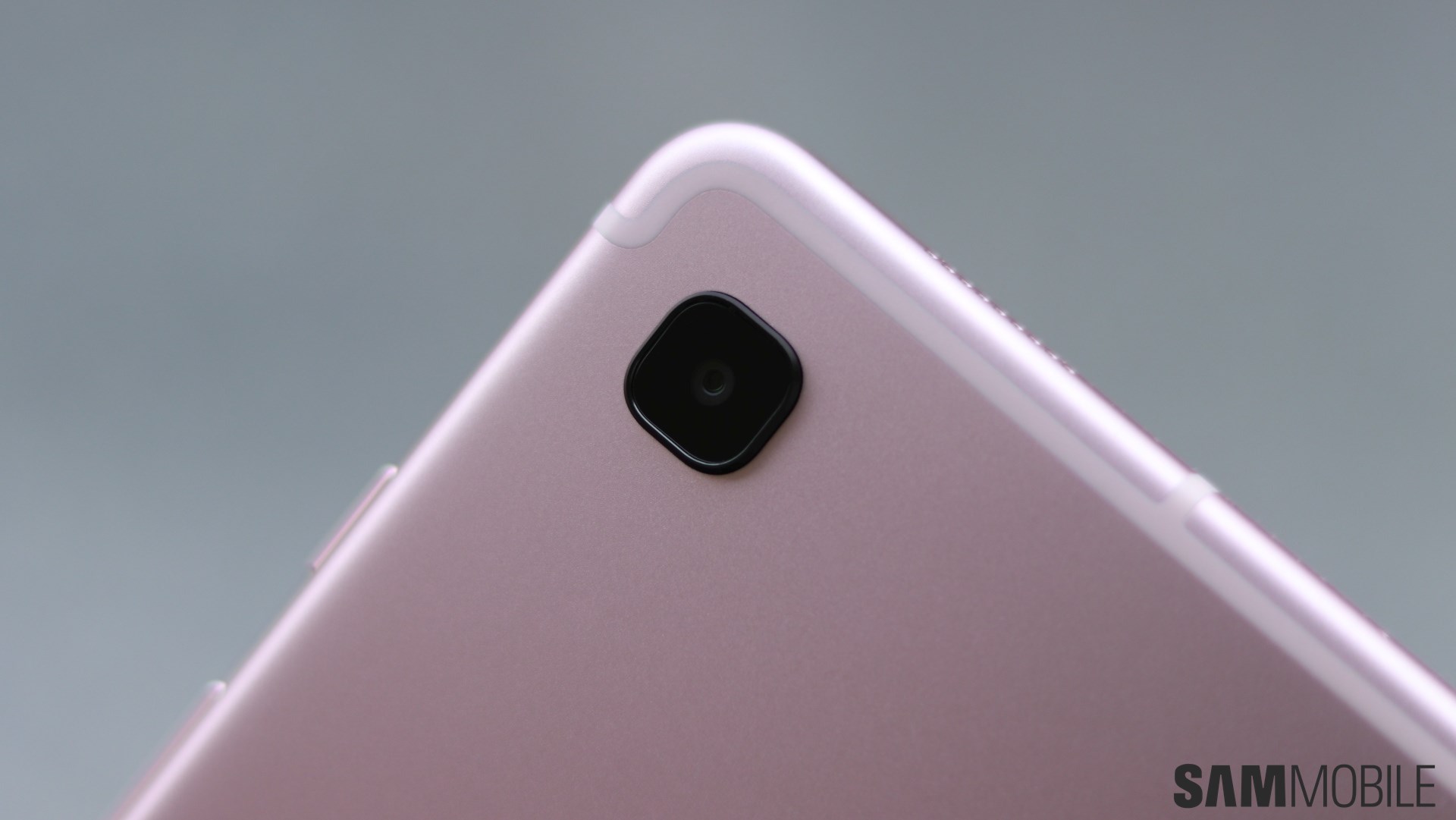 The Galaxy Tab S6 Lite ships with Android 10 and One UI 2.0. Android 10 is the latest mobile OS version from Google, and because the tablet benefits from this OS out of the box, it should technically be eligible for two major OS updates (up to Android 12) according to Samsung’s firmware update policy.

The S Pen suite of apps, including Samsung Notes, is also a part of the software experience. However, the tablet lacks DeX support at launch, with no official word on whether or not this will change later down the line. 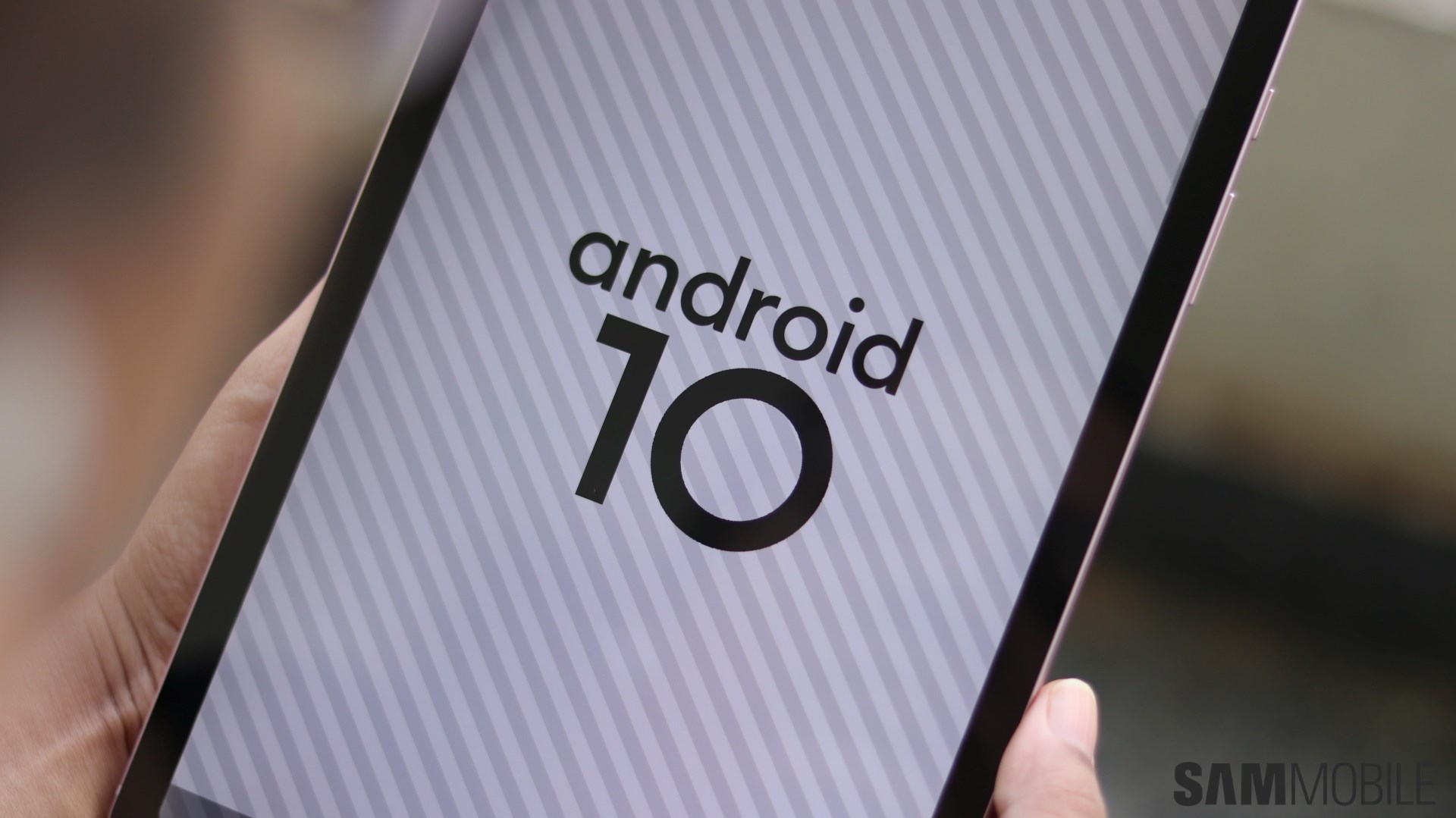 A refreshed S Pen ships along with the Galaxy Tab S6 Lite. Samsung claims that it’s been redesigned for a more comfortable grip. The S Pen weighs 7.03 grams and the company states that it has improved latency over the previous model. 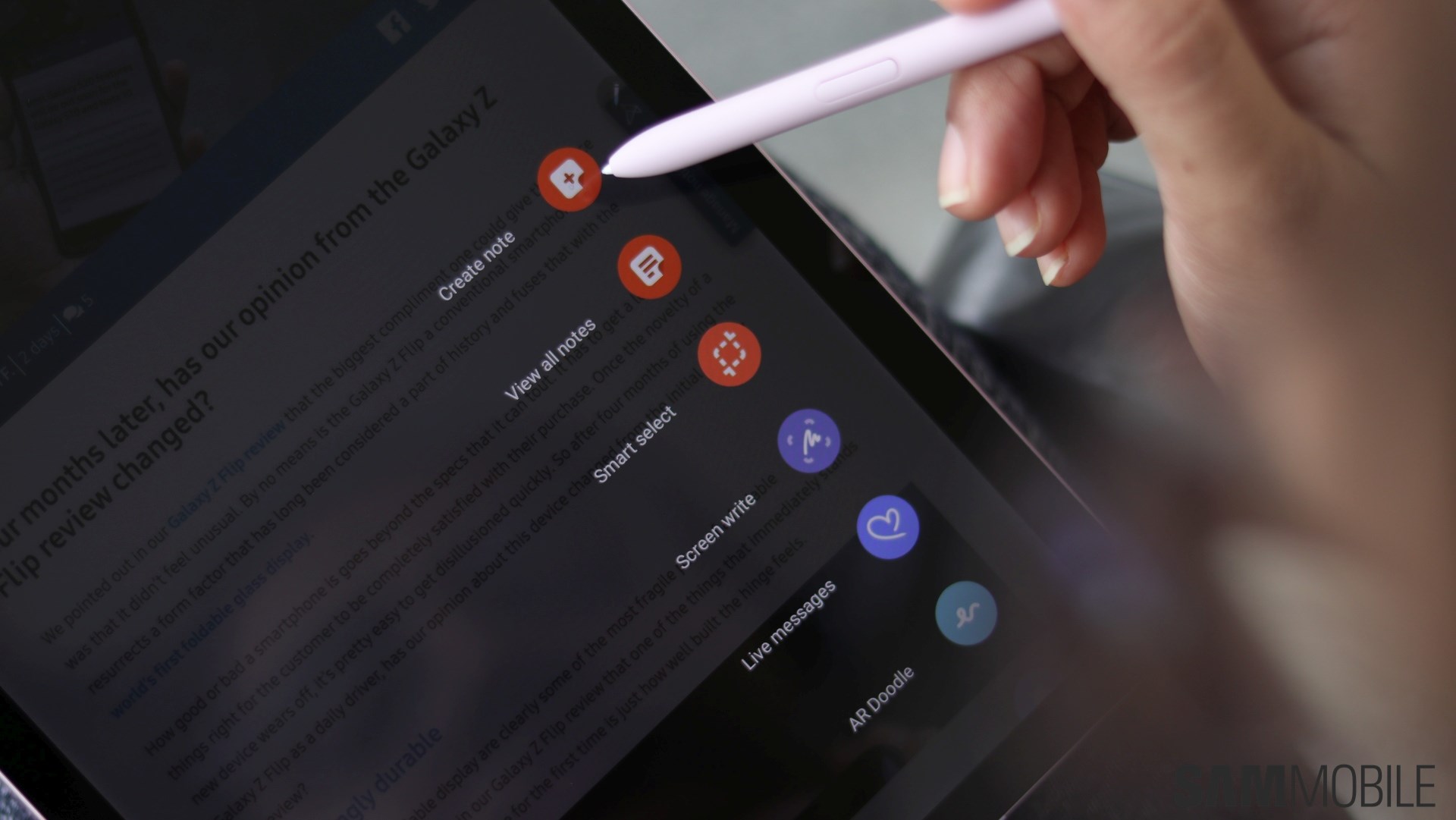 The Galaxy Tab S6 Lite was officially announced on April 16, 2020. It became available for pre-order in Europe on the same day for the price of €379 and €439 for the Wi-Fi and LTE variants, respectively.

These prices correspond to the models featuring 64GB of storage. A 128GB variant will become available at a later date, but as of this writing, prices and exact availability details are unknown. We’ll update this page accordingly as soon as we know more.

The tablet can also be paired with a few accessories sold separately, such as a book cover that has its own S Pen holder, a battery pack, and a charging dock.

Our readers can download various resources from our website free of charge, ranging from firmware to Samsung APKs and wallpapers. To benefit from faster downloads, expert support, giveaways, dark mode, ad-free browsing, and more, you can sign up for an optional premium plan. 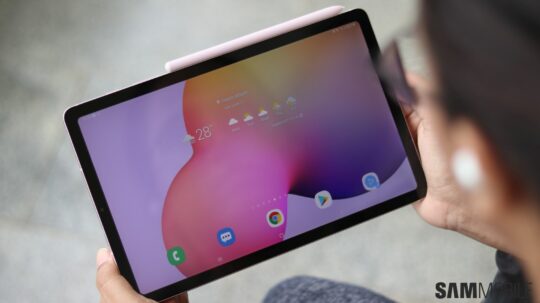 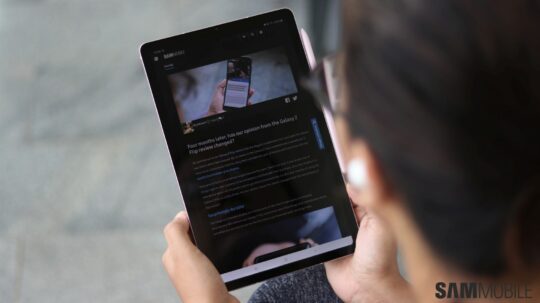 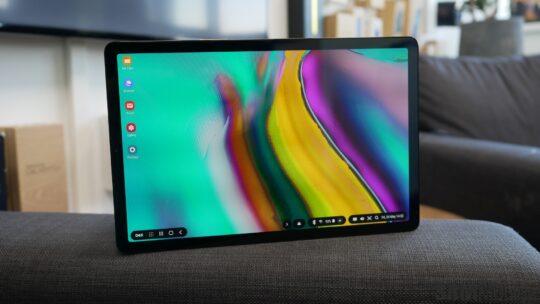 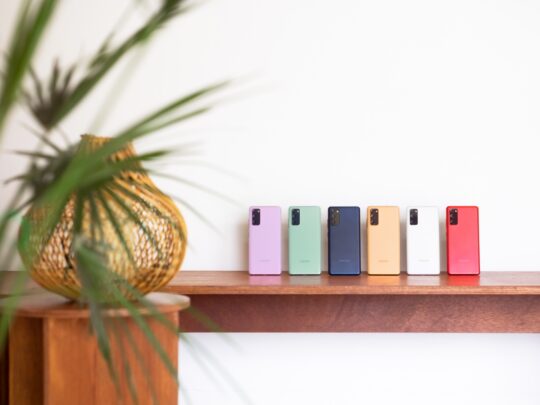