Nope, Samsung will never make a smart car – here’s why 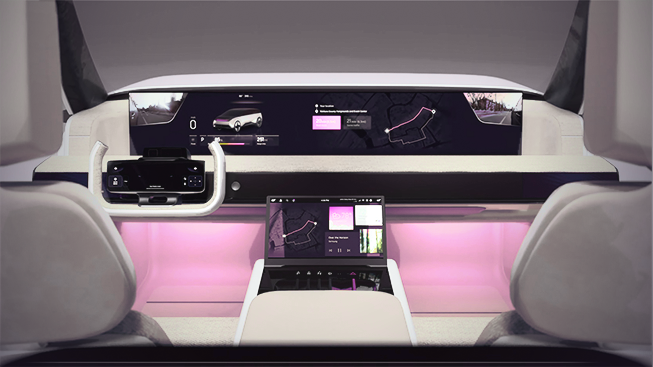 Samsung has been flirting with the automotive industry again this month, confirming that at least one new sizable chipmaking projects catering to vehicle manufacturers is underway. But what does that exactly mean?

That’s a surprisingly difficult question to answer, so it’s better to start with what it doesn’t mean – self-driving of any sort. Or rather, should Samsung have anything to do with the first wave of autonomous transportation, it’s going to be providing the chips handling the brains of a vehicle fleet or five.

But uncertain times are ahead for chipmaking, on the whole. And the Korean giant is currently coming to grips with much larger issues, including the likelihood of a major silicon shortage.

A self-driven strategy with no driver’s license?

So, why bother with carmakers now, of all times? It would appears that’s just a some unfortunate timing on Samsung’s part. Besides, the company’s latest push in the automotive sector is hardly the most exciting project across any unit of time or space. But that’s alright, the automotive industry hasn’t been particularly exciting in a long time, anyway.

In fact, the former Artic Cloud division of Samsung that was eliminated in a 2019 rebalancing was a much more exciting prospect for both IoT and connected vehicles, in particular. These days, the conglomerate, on the whole, is much more concerned with profits  and optimizations. As is customary for any business of this size. Not that there ever were too many of those to compare against.

Especially since Samsung’s kind of in a league of its own when it comes to both technological capabilities and money-making. Maybe those two are somehow related, eh? Its track record seems to suggest as much, especially combined with world-class marketing efforts that have been ongoing for many a year.

The point being, Samsung’s already stretched pretty thin, bleeding–edge talent-wise. On account of being an innovator in so many fields already, plus a consistent supplier in the automotive space. Even a much more desperate Samsung than the one we’re looking at today probably wouldn’t commit to an aimless self-driving car pursuit beyond a dashboard of some sorts. So, pretty much what it’s doing already, anyway.

Besides, Seoul knows that betting on batteries is a much smarter play than trying to lead the electrification of land traffic. And with the Ericsson drama finally ending this week, it’s fair to assume Samsung’s top international attorneys are hoping for some peace and quiet before getting back into the ring.

This would be why Samsung has recently been more concerned with chasing governments from Vietnam to the European Union – or perhaps the other way around – over the prospects of some heavily subsidized government projects rather than figuring out how to deliver better mid-range chips to automakers. That’s not where the real money is.