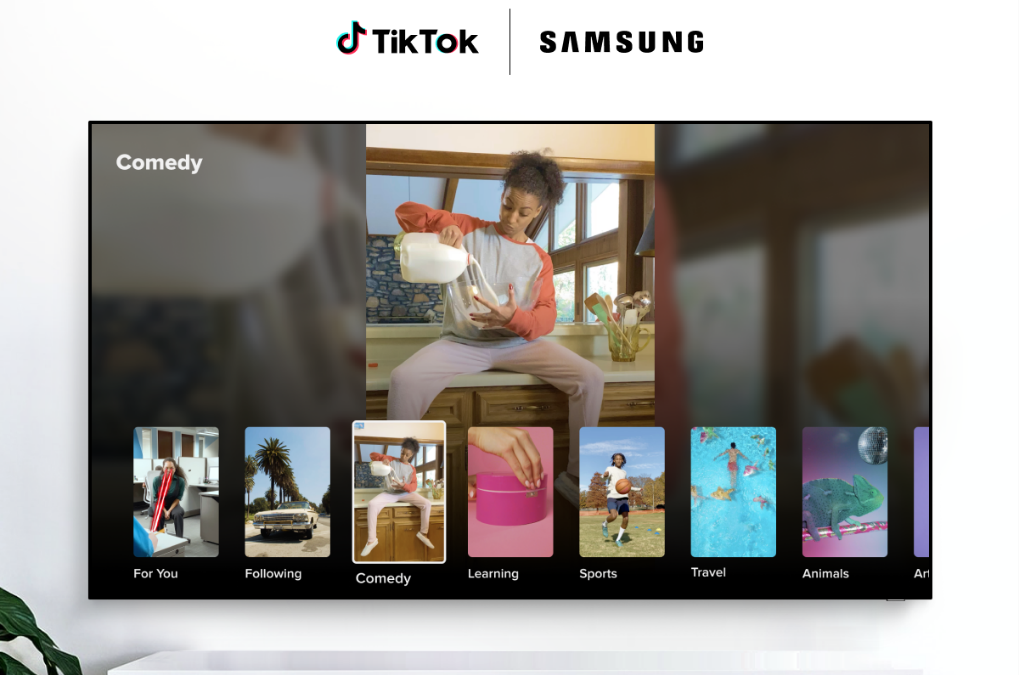 Samsung and TikTok are bringing the popular short-form video-sharing network to smart TV owners in Europe, the company announced today. The TikTok smart TV app is available in the UK starting today and it will launch gradually across Europe in the near future.

Samsung smart TV owners in the UK can now download the app from the TV app store but future TV buyers won’t have to worry about downloading it manually. As a result of this newfound partnership, the TikTok app will henceforth be pre-loaded on Samsung’s entire smart TV range.

This might only happen for TV models sold in Europe though. The announcement states that TikTok will be exclusively available on Samsung smart TVs in Europe, which means that customers in other markets might never gain access to this app.

The app is compatible with Samsung smart TV models that were released in 2018 or later. This also includes lifestyle models such as The Serif and The Frame, 4K and 8K Smart Monitors, and The Premiere projector.

For the time being, TikTok is not compatible with The Sero, which is a shame given that it was created specifically for vertical video content and avid social media users. The good news is that TikTok will be available on The Sero in 2021, though no additional details were revealed.