This Galaxy S21 has been chilling underwater since release day 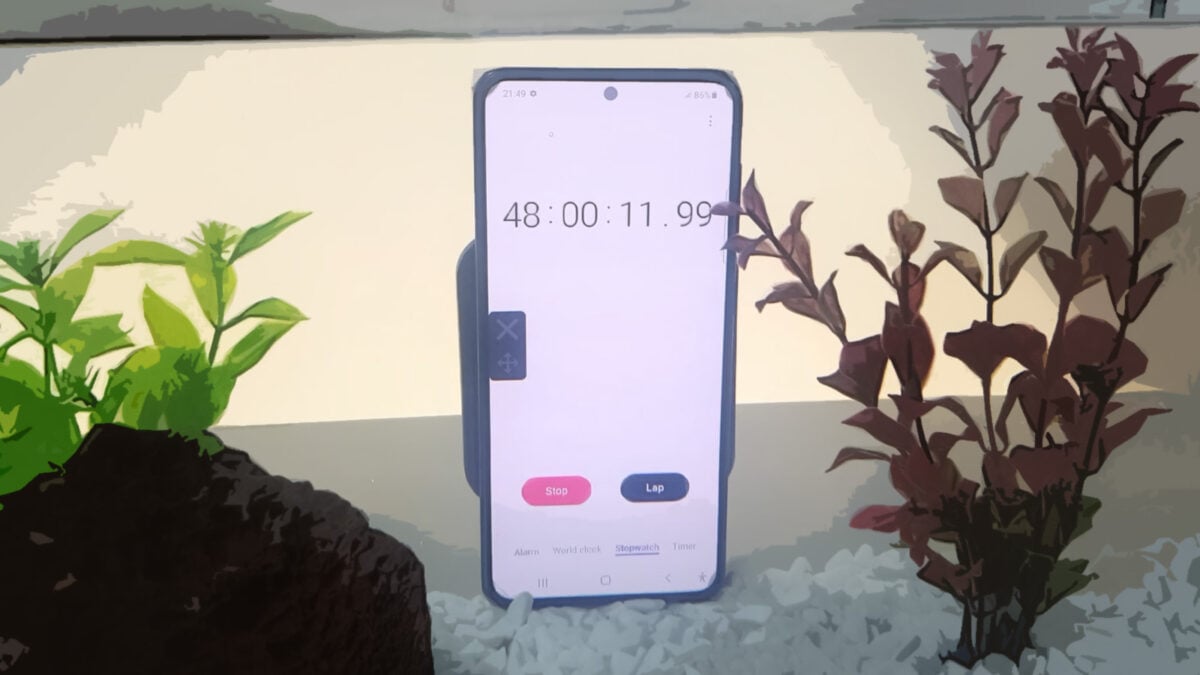 It’s not that we ever doubted the waterproof capabilities of the Galaxy S21. After all, Samsung’s been quite adept at waterproofing its smartphones for over half a decade at this point. But that didn’t stop one YouTuber from leaving theirs in an aquarium since release day.

You can tune in to the said broadcast from Photo Owl Time Lapse below if you need to confirm that their Galaxy S21 is still going strong, more than 11 days since the start of this bizarre experiment.

How long could this go on?

The undertaking already delivered one unexpected bit of insight into Samsung’s flagships. Namely, it would appear the stopwatch app built into One UI 3.0 only works up to 99 hours, 59 minutes, and 59 seconds. In effect, it had to be manually reset twice already.

Near the end of the fifth day of broadcasting, the Galaxy S21 issued a “moisture detected” warning, after which the screen became unresponsive and started registering incessant ghost touches, the streamer recalled. But some random button presses did the trick and the problem went away. Yesterday, the owner of this unlucky unit confirmed that its speakers aren’t sounding too hot after ten days underwater.

What makes this experiment all the more amusing to witness is looking at its wider context. Because Samsung is still fighting a legal battle over its waterproof claims from the days of the Galaxy S7 series. Of course, the company isn’t advising you to submerge your expensive flagships. And it goes without saying that this streamer probably won’t be getting a free warranty repair after this stunt.