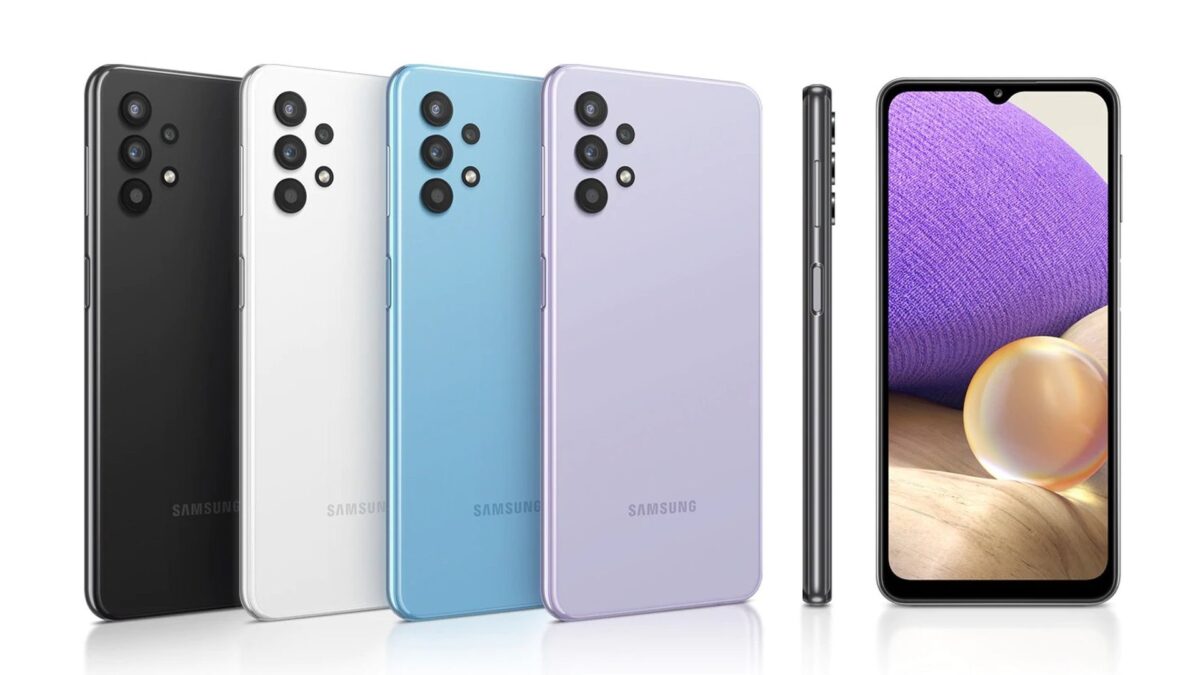 The Galaxy A30 is celebrating its two-year anniversary this month, and a new model in the budget series is now available for purchase. We’re referring of course to the Galaxy A32, which happens to be Samsung’s most affordable 5G-enabled smartphone to date.

But how much has changed over the past couple of years, exactly, and should Galaxy A30 owners look at the Galaxy A32 as a potential upgrade? In short, yes they can, but the answer is a little bit more complex because the Galaxy A32 comes in two very different variants, each with its own set of specifications.

Galaxy A30 vs Galaxy A32 5G: Compromises were made

The Galaxy A32 5G is Samsung’s most affordable 5G phone to date, and this alone could be a good-enough reason to upgrade from the Galaxy A30. But aside from faster network speeds, the newer model also benefits from Android 11 and One UI 3.0, which means it delivers an updated user experience with additional features.

The MediaTek Dimensity 720 5G chipset is newer, more powerful, energy-efficient, and has a better graphics chip than the Exynos 7904. The Galaxy A32 5G also ships with more RAM and storage as standard, and it conceals a battery that’s larger by 1,000mAh.

Mobile photographers will benefit from a more competent camera setup when upgrading to the Galaxy A32 5G. The device has four rear-facing sensors instead of two, and they all boast higher resolutions.

The resolution of the selfie camera, however, was downgraded from 16MP to 13MP, though users probably won’t notice any meaningful differences between the two in real world usage scenarios.

All of these small upgrades combined — when applicable — come at a cost though, as the Galaxy A32 5G abandons Super AMOLED display technology in favor of TFT, and lowers the screen resolution down to 1600 by 720. In contrast, the older Galaxy A30 has a screen resolution of 2340 by 1080, not to mention the fact that Super AMOLED is superior to TFT.

Galaxy A30 vs Galaxy A32 4G: Less is sometimes more

If the Galaxy A32 5G represents a decent upgrade for Galaxy A30 owners then the 4G model is an even better alternative for customers who aren’t in a rush to jump on the 5G bandwagon yet. This is because the Galaxy A32 4G is simply better than the 5G variant in many key areas. It’s also the only model of the three to support a 90Hz display.

Aside from the high refresh rate, the Galaxy A32 4G’s display also has a higher pixel count of 2400 by 1080. Likewise, the camera setup is better, having been upgraded with a 64MP main shooter, a 5MP depth sensor, and a 20MP selfie camera.

The Galaxy A32 4G is powered by the Helio G80 chipset which isn’t as powerful as the Dimensity 720 5G solution, though it still outperforms the Exynos 7904 SoC that was employed by the 2019 model. Upgrading from the Galaxy A30 will also mean more RAM and on-board storage as standard, as well as a larger 5,000mAh battery.

Compared to the Galaxy A30, Samsung’s latest budget phone brings significant upgrades to the display, camera system, memory options, battery, firmware, and more. Whether you choose the 4G or the 5G variant of the Galaxy A32, you’ll have something new and / or better to look forward to.

The Galaxy A32 4G is the superior device if we ignore 5G connectivity, so if you happen to reside in a market where 5G is not prevalent then you’ll be better off getting the 4G model. Either way, if you’re thinking about retiring the Galaxy A30, this might be the best time to do so, as you’ll be able to experience a high refresh rate display or 5G connectivity without breaking the bank.

You can refer to our comparison widget below for a detailed look at how the three smartphones compare. Don’t forget to hit the Full Comparison button for more information.

Samsung usually starts rolling out new monthly patches a week or so early, but the July 2022 security patch is making its debut precisely on July 1. It is now being distributed in South Korea for the Galaxy A32. The modest Galaxy A32 is the first Samsung phone to boast the latest July 2022 security […]

Galaxy A32 5G gets Android 12 update in the US, but with older security patch