Samsung has long been involved with the Olympic Games as a sponsor. It started back in 1988 when it was a local sponsor of the Olympic Games Seoul and the company later extended its commitment as the Worldwide Olympic Partner in the Wireless Communications Equipment category.

The company today launched The Official App of PyeongChang 2018 to bring fans closer to the Winter Olympics. The custom mobile app from Samsung aims to enhance the Olympic Winter Games experience for all.

The Official App of PyeongChang 2018

Samsung developed The Official App of PyeongChang 2018 in collaboration with the International Olympic Committee and the PyeongChang Organizing Committee for the 2018 Olympic & Paralympic Winter Games. The all-in-one app provides real-time updates, athlete information, Olympic and Paralympic records as well as medal standings.

The Official App of PyeongChang 2018 has evolved from the Wireless Olympic Works service that was launched in 2004. It offers differentiated content based on location, news updates, venue information and tickets. It even offers an online cheering service for fans to support athletes. 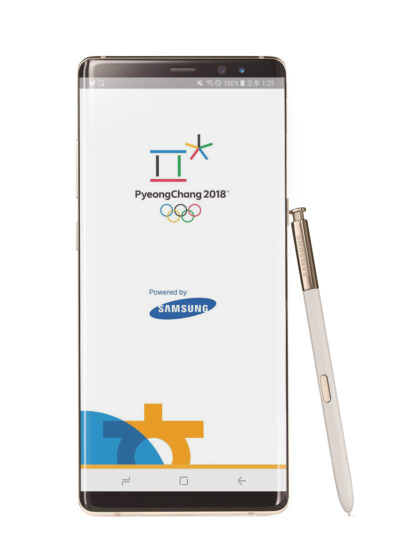 The app happens to be customizable as well. It enables users to keep themselves informed on specific events and the results that they care about. They can receive push-notification alerts based on their favorite countries, sports or athletes.

Samsung also has a habit of launching Olympic Edition limited edition variant of its flagship smartphone which is provided for free to all athletes. The company unveiled the PyeongChang 2018 Olympic Games Limited Edition Galaxy Note 8 just last week.

Users can now download The Official App of PyeongChang 2018 for free from the Galaxy Apps store (click this link on your phone to go directly to Galaxy Apps). The app is available in English, Korean, French, Japanese and Chinese.

Here are a few screenshots: 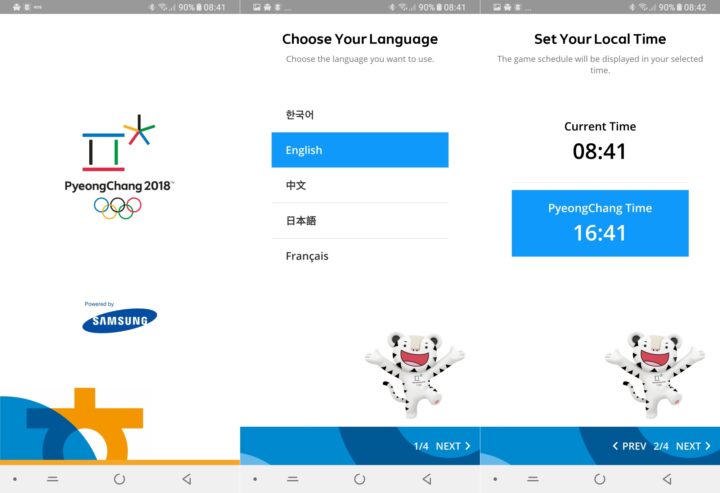 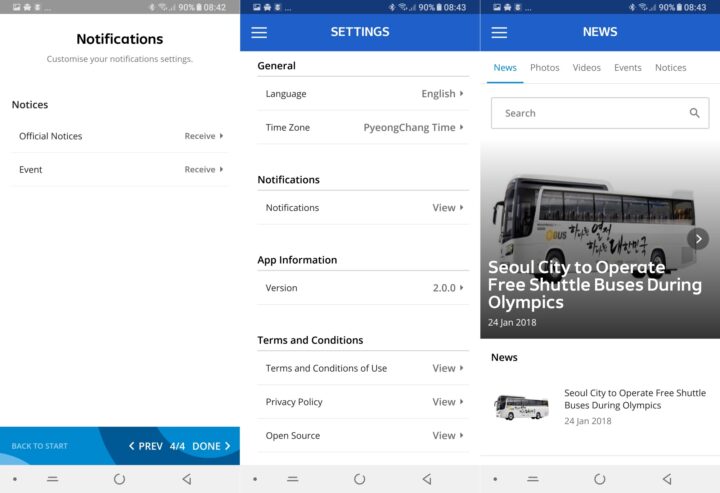 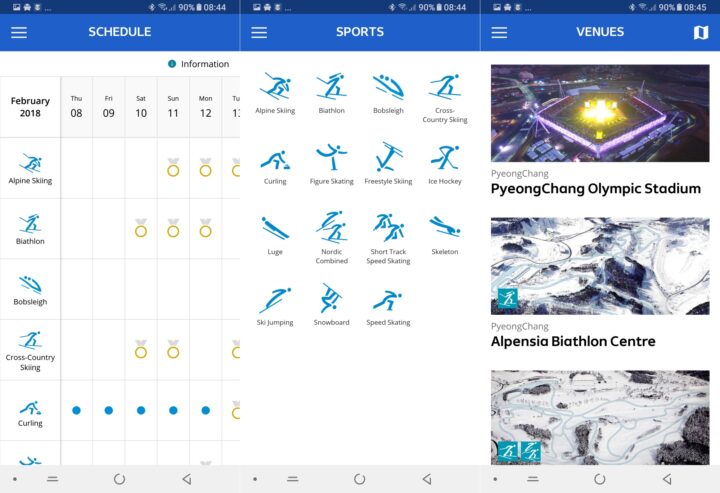 Samsung Olympic Showcases will highlight innovative experiences at the …