Samsung’s new long-term AI strategy is all about humans, not machines 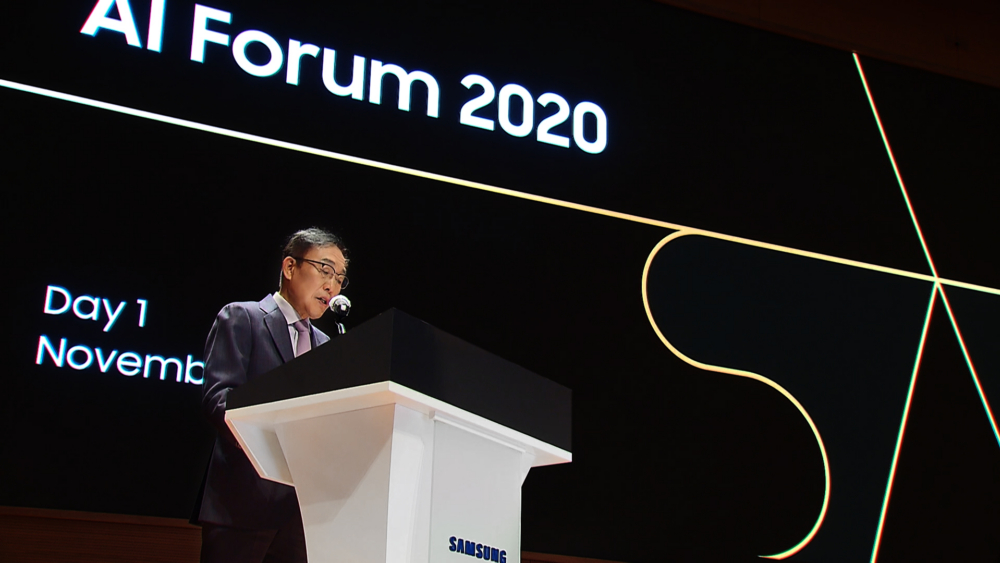 Samsung’s new artificial intelligence strategy announced earlier today, during the first day of the company’s online-only AI Forum 2020, has surprisingly little to do with computers, machine learning, and all that stuff that first comes to mind when we think about modern AI apps and technologies. Instead, the vision Samsung just outlined for the development of a relatively broad scope of AI-infused solutions is all about humans. Or, better said: it’s all about delivering purpose-built experiences entirely committed toward human end users.

With that said, the company’s AI-focused semiconductor strategy shift from earlier this year isn’t something separate from today’s announcement. Instead, this human-centric long-term vision is merely an extension of Samsung’s efforts aimed at embracing AI technologies as vertically across its organizational spectrum as its capabilities allow. And its capabilities allow for pretty much anything you can imagine as even remotely feasible. That’s the cool thing about being one of the world’s largest technology companies across nearly every existing niche and several emerging ones.

Samsung’s AI philosophy starts with what you want

In more practical terms, that’s pretty much just a convoluted way of describing an app development philosophy pursuing personalization above everything else. But it remains to be seen what all of this talk amounts to in the end. Because Samsung, for all its achievements, really did a lot of soul-searching when it comes to its AI development initiatives we’ve seen in recent years. And it wasn’t until 2018 or so that the company even fully committed toward voice-controlled interfaces over something as gimmicky as hand-gesture recognition systems.

Well, gimmicky in any iteration we had the privilege of experiencing or even glimpsing as of today, but that’s what innovation is, right? Pursuing something so pioneering and new that it requires extensive iteration until it’s ready for actual commercialization and able to prove the doubters wrong. Well, here’s to hoping Samsung is on the right track now because it certainly isn’t leading this marathon of a race that describes recent global developments in the field of machine learning and every other, better-defined AI niche out there. Least of all those with a strong focus on intuitive interfacing and consumer-first applications.