Samsung earned the title of “The World’s Best Employer” from Forbes for the third year in a row. The ranking is based on a Forbes-Statista survey that interviewed more than 150,000 employees across 800 companies in the USA, the UK, Germany, and other countries.

Survey participants were asked to rate their willingness to recommend their employers to family members and friends. Furthermore, they were asked to rate the companies on economic impact and image, gender equality and responsibility, and talent development. Samsung employees were among those with the highest job satisfaction.

A key factor contributing to the validity of the survey is that companies are restricted from involvement in the survey process. They are unable to recruit survey respondents, and survey participants have their anonymity guaranteed.

Samsung ranks higher than Microsoft, Alphabet, Apple, and others

Within this climate, Samsung Group — which has 266,673 employees — ranked first and was named The World’s Best Employer. The company ranked higher than Microsoft, IBM, Alphabet (Google’s parent company), Apple, Delta Air Lines, Costco Wholesale, Adobe, Southwest Airlines, Dell Technologies, and many others. The survey also named Samsung one of the “Best Employers for New Graduates.” 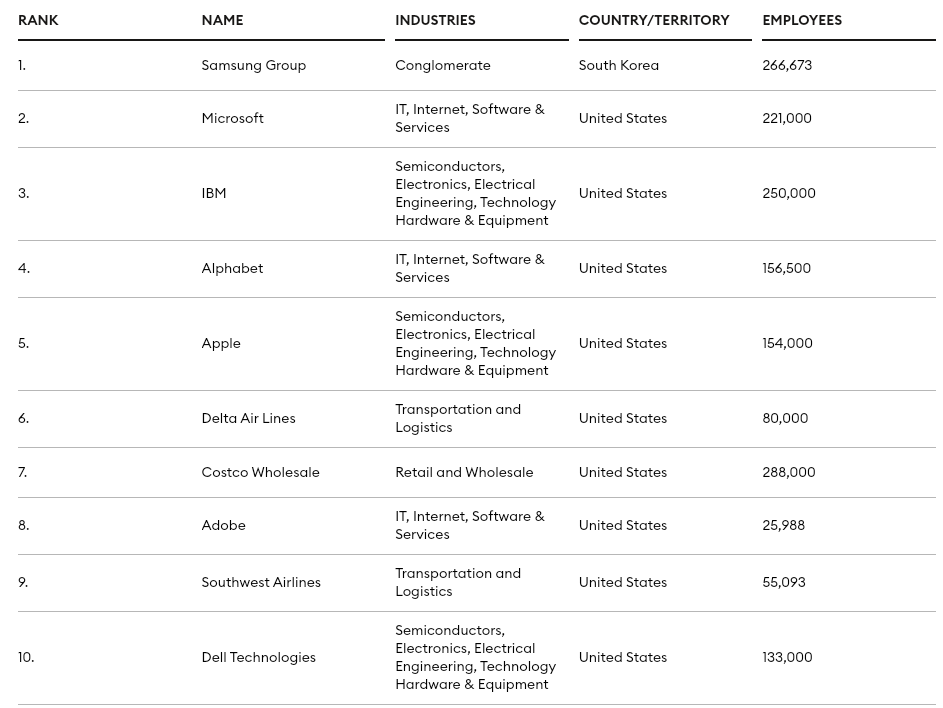