Samsung is revamping the Galaxy Store and bringing a couple of changes to the app’s UI. In the official announcement, which seemingly doubles as an ad for Fortnite and Xbox Game Pass, Samsung describes the streamlined Galaxy Store experience as the place for casual and hardcore gamers alike. The storefront now caters to both audiences with curated selections, and it has a cleaner home screen.

The updated Galaxy Store reorganizes the home screen tabs, replacing the Home, Games, For Galaxy, and Watch categories with just two tabs called Games and Apps. You could look at this from a different angle and say that the update has more to do with the other sections besides Games being reorganized, rather than it having a focus on mobile games. Either way, Samsung is clearly taking this opportunity to remind us that the Galaxy Store is the only mobile app store in the USA where users are able to download Fortnite.

In case you didn’t know, Epic Games started a war with Apple and Google when it snuck in an update that allowed Fortnite players to purchase in-game items directly from the developer without the marketplace owners taking a cut. Apple and Google responded by removing Fortnite from their app stores, and the Galaxy Store remains the only mobile app store in the USA where Fortnite is readily available for download.

The streamlined Galaxy Store UI isn’t available on any of our phones so the update is probably limited to the United States. It might be subjected to a staged rollout and it could cross the pond into Europe and other markets soon. We’ll keep you posted. 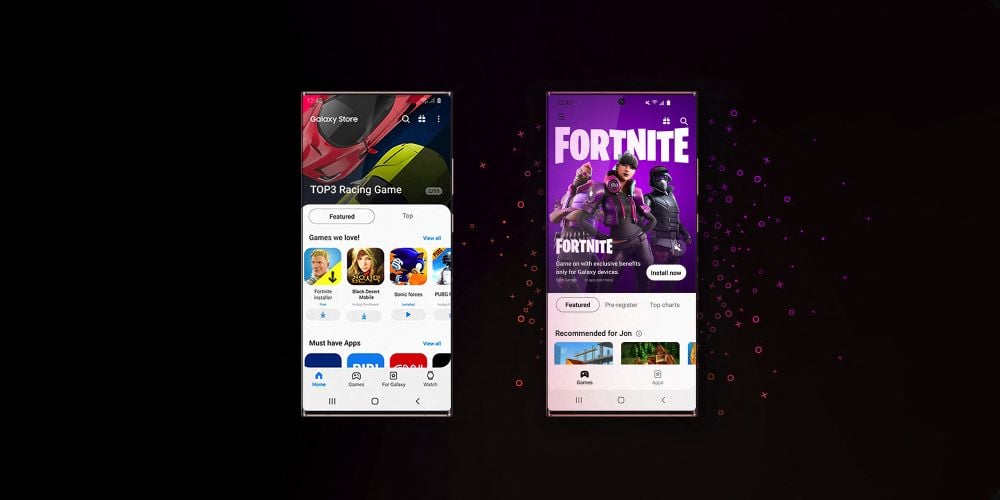