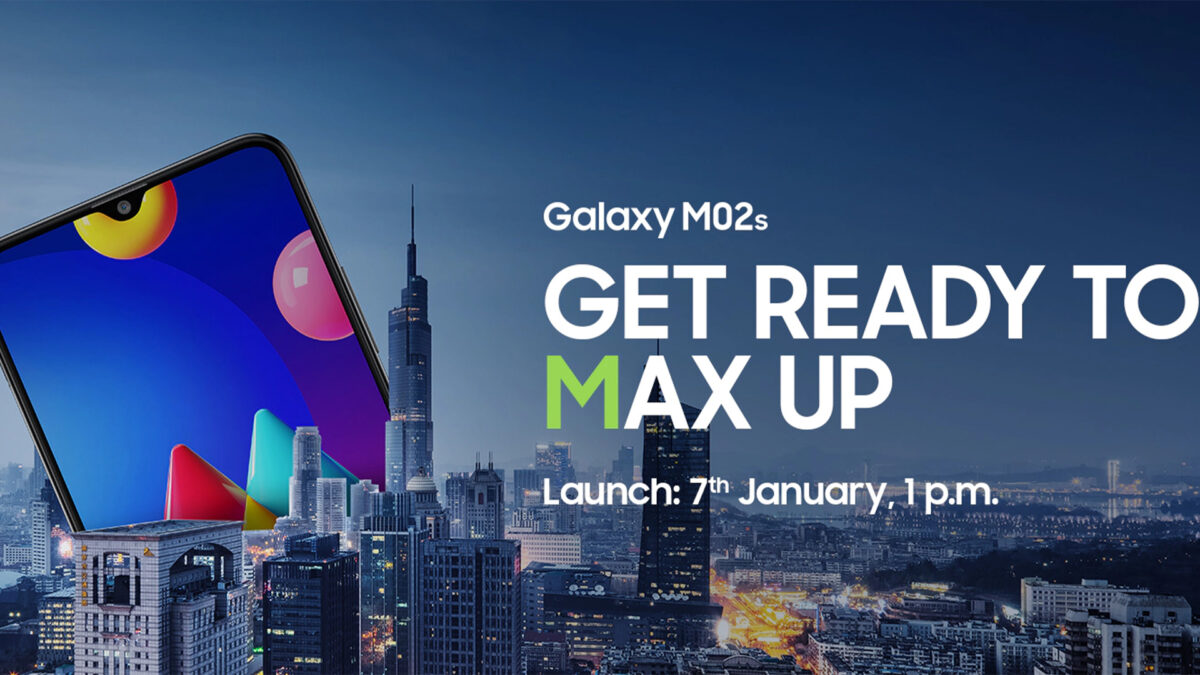 Samsung has unveiled one more affordable smartphone in the Galaxy M series. The company has made the Galaxy M02s official with the tag line ‘Get Ready To Max Up’. The new smartphone, which has a big display, a large battery, and decent specs, will be launched next week.

The Galaxy M02s will be launched in India on January 7, 2021, at 1 PM. The phone sports a 6.5-inch Infinity-V display with HD+ resolution, which is great for watching videos, browsing, and gaming. Speaking of gaming, the company is promising good gaming performance, thanks to a Snapdragon processor and 4GB of RAM. The Galaxy M02s is powered by a massive, 5,000mAh battery, which can easily last an entire day. It also features a triple-camera setup at the rear.

The South Korean tech giant is claiming that the Galaxy M02s will be an all-rounder that offers an uninterrupted and immersive viewing experience, long battery life, smooth multitasking, and decent gaming. The upcoming smartphone will be priced in India below INR 10,000 (around $137). There is still no information about the phone’s camera resolution, operating system version, and storage.

We expect the Galaxy M02s to be launched in other markets soon after its India debut. It could be launched in Southeast Asian and African markets. You can watch its teaser video below.

Galaxy A12, Galaxy F02s, and Galaxy M02s prices have increased in Indi …

After launching the Galaxy F22 and the Galaxy M32 in India, Samsung has increased the prices of some of its en …

Samsung’s new affordable smartphone, the Galaxy M02s, was launched in Nepal earlier this week. Now, the …