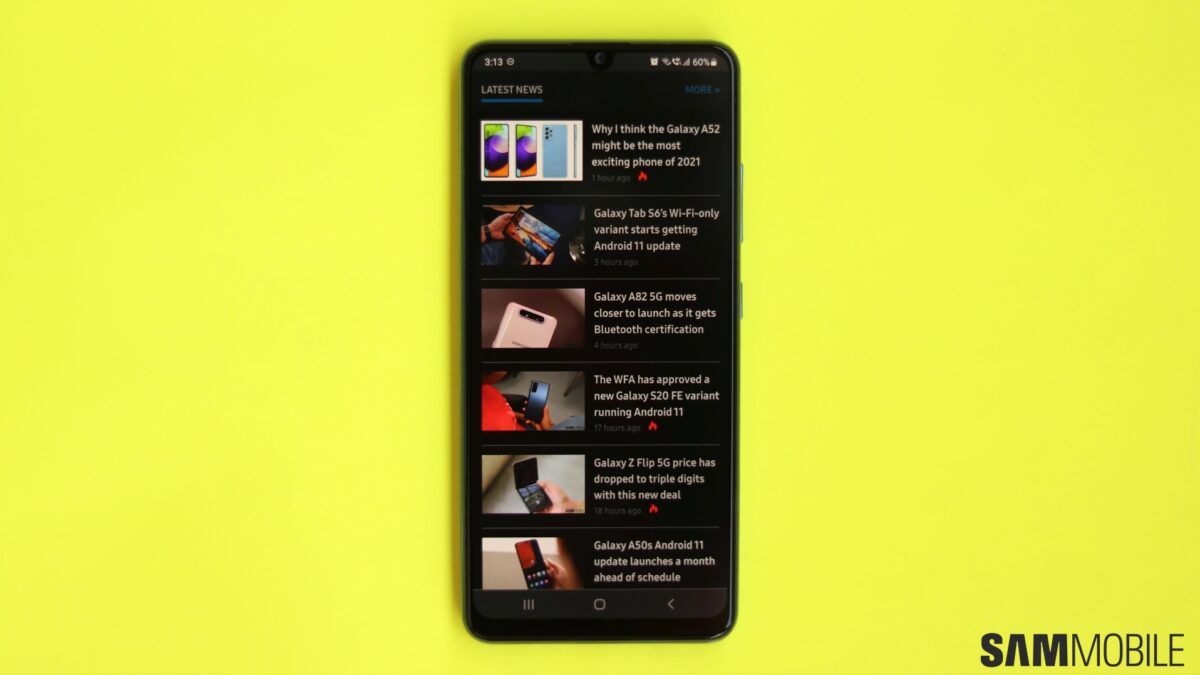 The Galaxy A32 5G is one of Samsung’s lower mid-range smartphones that are eligible for the Android 13 and One UI 5.0 update, but it seems owners of the phone will have to keep waiting for that big update. Samsung has released a new update for the Galaxy A32 5G, and unfortunately, it’s still based on Android 12.

Over in some European countries (Ireland, Spain, and the United Kingdom), carrier variants of the Galaxy A32 5G are receiving an update with firmware version A326BXXS4BVK1 that bumps the device up to the November 2022 security patch. The LTE Galaxy A32 hasn’t yet caught up with the 5G variant as far as its security level is concerned, but that will hopefully change soon.

As already mentioned, the new Galaxy A32 5G update does not bring Android 13 and One UI 5.0 to the device. In fact, it’s devoid of any changes or improvements except fixes for security vulnerabilities addressed by the November security patch, including one that allowed attackers to extract call information from a Galaxy phone or tablet.

The new update should be available for your Galaxy A32 5G over the air if you’re on the right carrier and in the right country – just go into the Settings » Software update menu on the phone and tap Download and install. Our firmware archive can be used to download the complete firmware and install it on the phone using a Windows PC, but this is a slightly advanced method that we would only recommend if you have prior experience doing manual upgrades on your Galaxy smartphone.

Samsung is bringing Android 13 to Galaxy A32 5G users in the United States. The One UI 5.0 update landed on the international variant in December, but Samsung is now expanding availability to include the Galaxy A32 5G on carrier networks in the USA. Although Samsung is already rolling out the January 2023 security patch […]