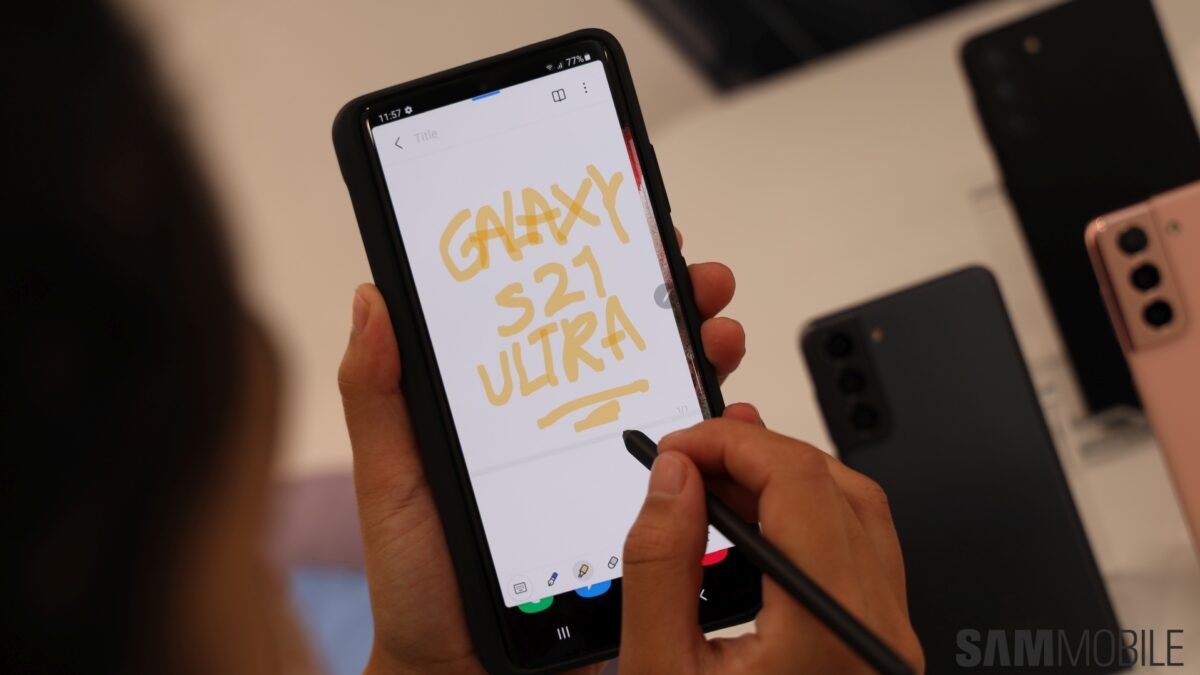 The S Pen has long been limited to Samsung’s Galaxy smartphones. It does ship the stylus with its flagship and some mid-range tablets. However, if you wanted to use it on a smartphone, you had to buy a Galaxy Note device.

That’s no longer the case in 2021. The Galaxy S21 Ultra is Samsung’s first non-Note device to feature the S Pen. While the implementation is a bit different, it does raise the question of what this means for the future of the S Pen.

Samsung is offering the S Pen as a separate accessory for the Galaxy S21 Ultra. It doesn’t have a silo to store it internally like the Galaxy Note handsets do. You’ll need to buy a separate case to which the S Pen will attach.

It’s also not the same S Pen that you get with the Galaxy Note 20 Ultra, so it doesn’t offer quite the same functionality (no Air Actions, no Bluetooth control). The Galaxy S21 Ultra is compatible with any Wacom stylus. This means you can use any S Pen you have lying around from an old Galaxy Note handset or Samsung tablet.

Does this mean we can expect other Samsung devices to get the S Pen as well? Samsung has this to say:

We remain committed to providing the best mobile experience to our consumers and will continue to actively listen and consider consumer feedback in our product innovations.

There have already been no shortage of rumors about Samsung bringing the S Pen to the Galaxy Fold. If there’s any device that needs the S Pen, it’s the Galaxy Fold. Samsung’s admission here is a great indication that this may happen. Samsung fans can only be excited about this as it will open up a whole new world of possibilities for Galaxy smartphones.