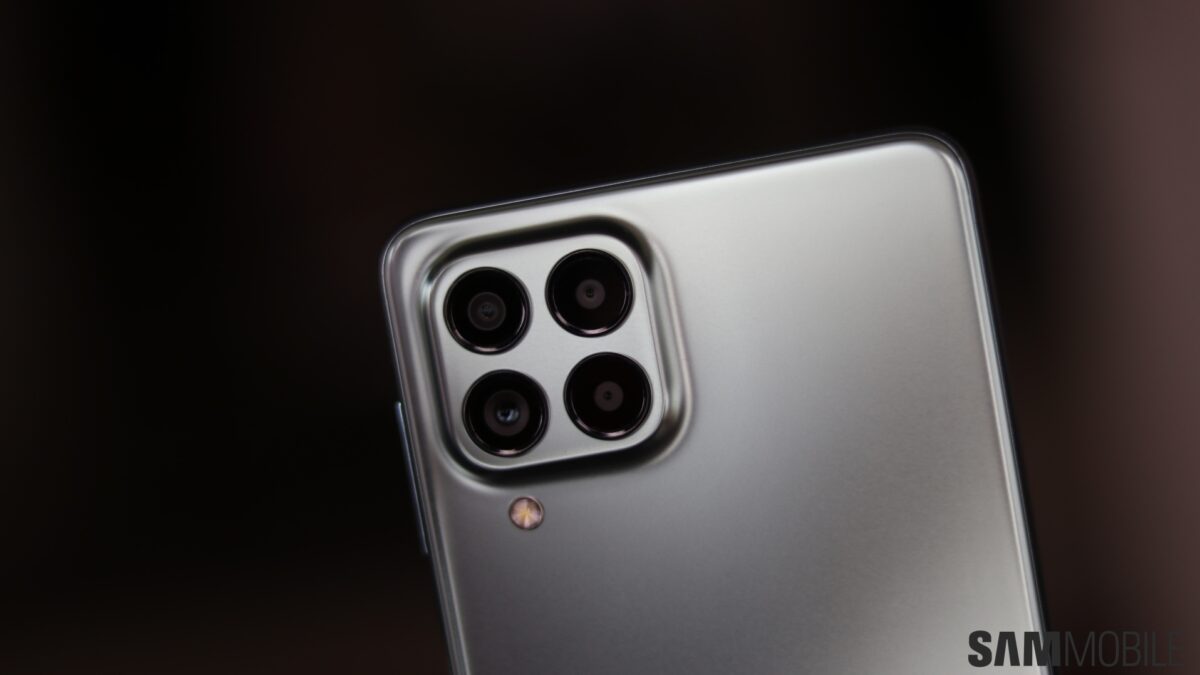 Amid declining smartphone shipments to India throughout Q3 2022, Samsung closed the gap on Xiaomi and became the only smartphone brand — among the top 5 — to have experienced annual growth. The Korean tech giant also continues to lead combined handset shipments (smartphones + feature phones) in India with an 18% market share.

Market research shows that smartphone shipments to India in Q3 2022 declined 11% year-on-year. All OEMs combined have shipped upwards of 45 million devices during the July-September period. Although Xiaomi continues to lead the market with a share of 21%, it lost a couple of points compared to Q3 2021, when it accounted for 23% of the smartphone market in India. (via Counterpoint Research).

Meanwhile, Samsung improved its smartphone market share from 17% in Q3 2021 to 19% in Q3 2022. It closed the gap on Xiaomi and was the only OEM among the leading brands to have posted positive growth in the third quarter of the year. Samsung was followed by Vivo and Realme, each having a 14% share (down from 15%) in Q3, and Oppo, whose market share stagnated year-on-year at 10%. 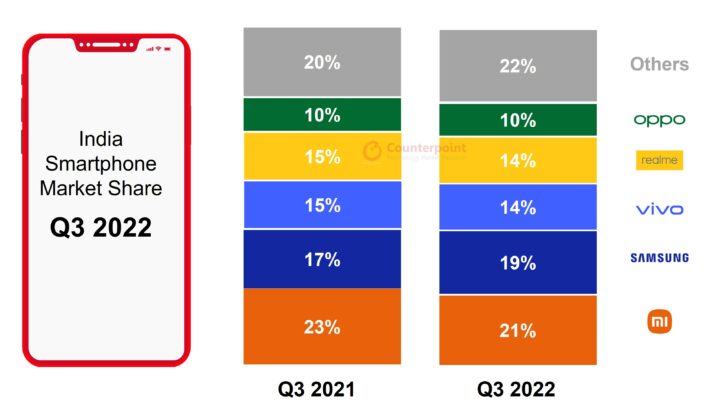 It’s also worth noting that Samsung led the INR 10,000 ($121) – INR 20,000 ($243) price bracket in India thanks to its Galaxy M and Galaxy F devices. Likewise, Samsung remains the leading 5G smartphone vendor in India. As for the premium segment, market watchers say that Samsung was the fastest-growing brand among the top five.

Interestingly enough, Apple also posted positive results in Q3 2022 in India. Samsung’s arch-rival topped its highest-ever smartphone market share of 5% and also led the premium segment (>INR 30,000 – $364) with a whopping 40% of the market. This success is attributed to the iPhone 13. 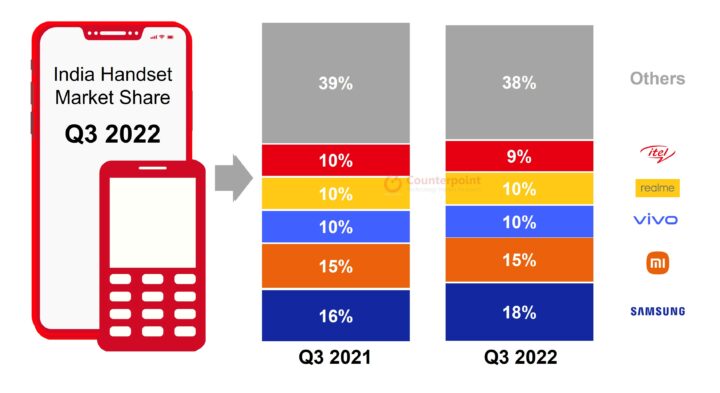