Samsung has pioneered the QLED technology, and its TVs are among the industry’s best-performing ones. The South Korean tech giant’s QLED TVs might not create as inky blacks as LG’s OLED TVs, but they offer much higher brightness (great for HDR content) and are free from burn-in issues. Now, Samsung is claiming that it has developed industry-leading Blue QLED technology. 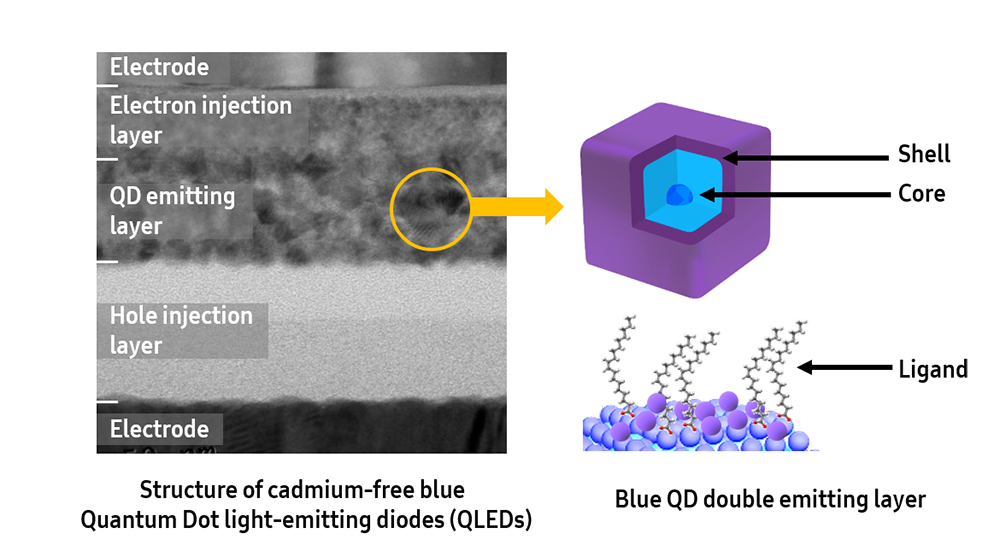 Quantum Dots are made up of a core, a shell, and multiple ligands, and to improve the performance and stability, researchers at Samsung applied a quantum dot double emitting layer and shorter ligands. They also improved current injection rates. You can see a simplified diagram of the QLED core and its magnified image above.

The blue quantum dots measure a few nanometers in diameter, and when they are illuminated, they re-emit light of a certain color, depending on the size. They create the largest band among three primary colors: red, green, and blue. They rapidly oxidize when exposed to external light so their lifespan is relatively shorter and luminous efficiency is low. However, Samsung’s new technology overcomes those shortcomings.

Samsung is also working on various other display technologies, including mini LED, microLED, and QD-OLED. The company is expected to launch more mini LED and micro LED TVs next year and QD-OLED TVs in the coming years. 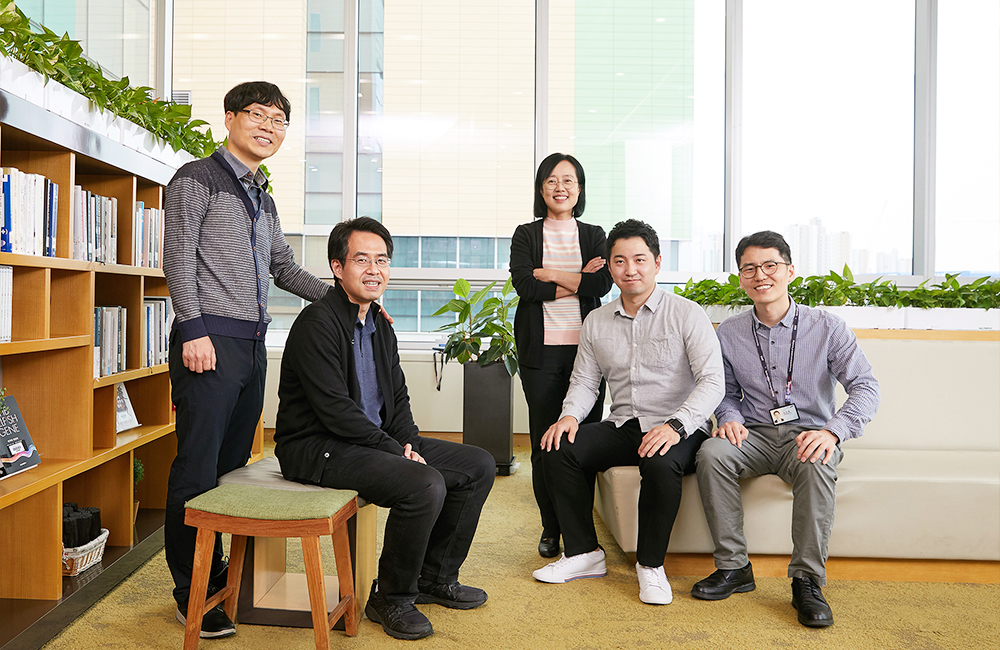