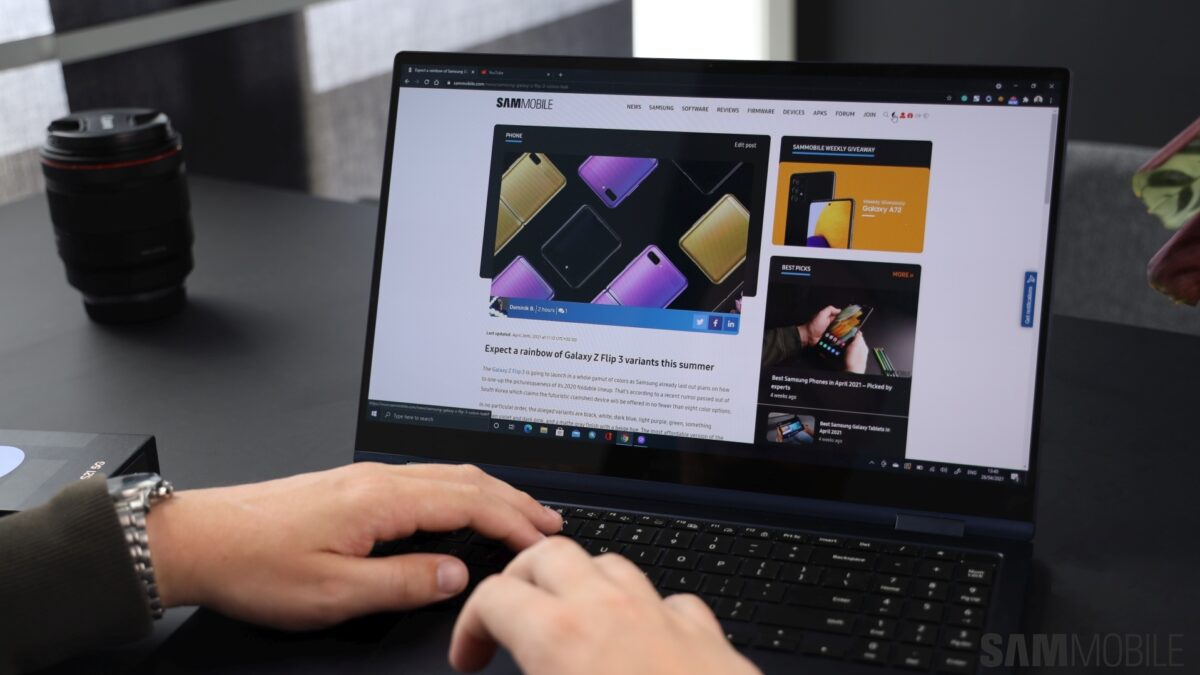 Samsung has launched a handful of new laptops today. The new Galaxy Book Pro series happens to be the company’s first Windows-based OLED laptops. Samsung has high hopes for the new products as demand for laptops remains high due to the pandemic.

Samsung has high expectations from the Galaxy Book Pro

The Galaxy Book Pro and Galaxy Book Pro 360 are both available in 13.3-inch and 15.6-inch sizes. Only the latter is available with a touchscreen that also has support for the S Pen. Both also feature respectable specs at competitive prices.

Samsung is hopeful that these products will help it gain a position in the laptop market. It has set a shipment target of one million units for the laptops this year. Last year’s global laptop market share numbers from Strategy Analytics reveal that Samsung wasn’t even in the rankings. Lenovo, HP, Dell, Apple and Acer occupied the top five positions respectively.

Samsung is now looking to compete more effectively in the market with these products. It’s also going to make them widely available to capitalize on the rising demand. With new features and improvements, Samsung has positioned the Galaxy Book Pro as a central part of its Galaxy ecosystem.