One UI 2.5 update is rolling out for T-Mobile’s Galaxy S10 series in USA

T-Mobile is now rolling out the One UI 2.5 firmware update for the Galaxy S10 series in the USA. One UI 2.5 was first released on the 2019 flagship lineup in early September after it debuted alongside the Galaxy Note 20 series. The highly anticipated update is now reaching the trio of flagships in the USA and the package weighs around 1GB.

The firmware update is available in the USA for T-Mobile’s Galaxy S10e, Galaxy S10, and Galaxy S10+ and it’s identified by version G97xUSQU4ETH7. It carries the September 2020 security patch as opposed to the newer October patch but the highlight of this release is undeniably One UI 2.5.

Samsung’s new One UI version introduces a wide variety of new features and improvements such as wireless DeX support, Always On Display Bitmoji stickers, new Samsung Keyboard features, an SOS feature for Messages, Pro Video mode for the Camera, and better Wi-Fi monitoring and managing tools among others. 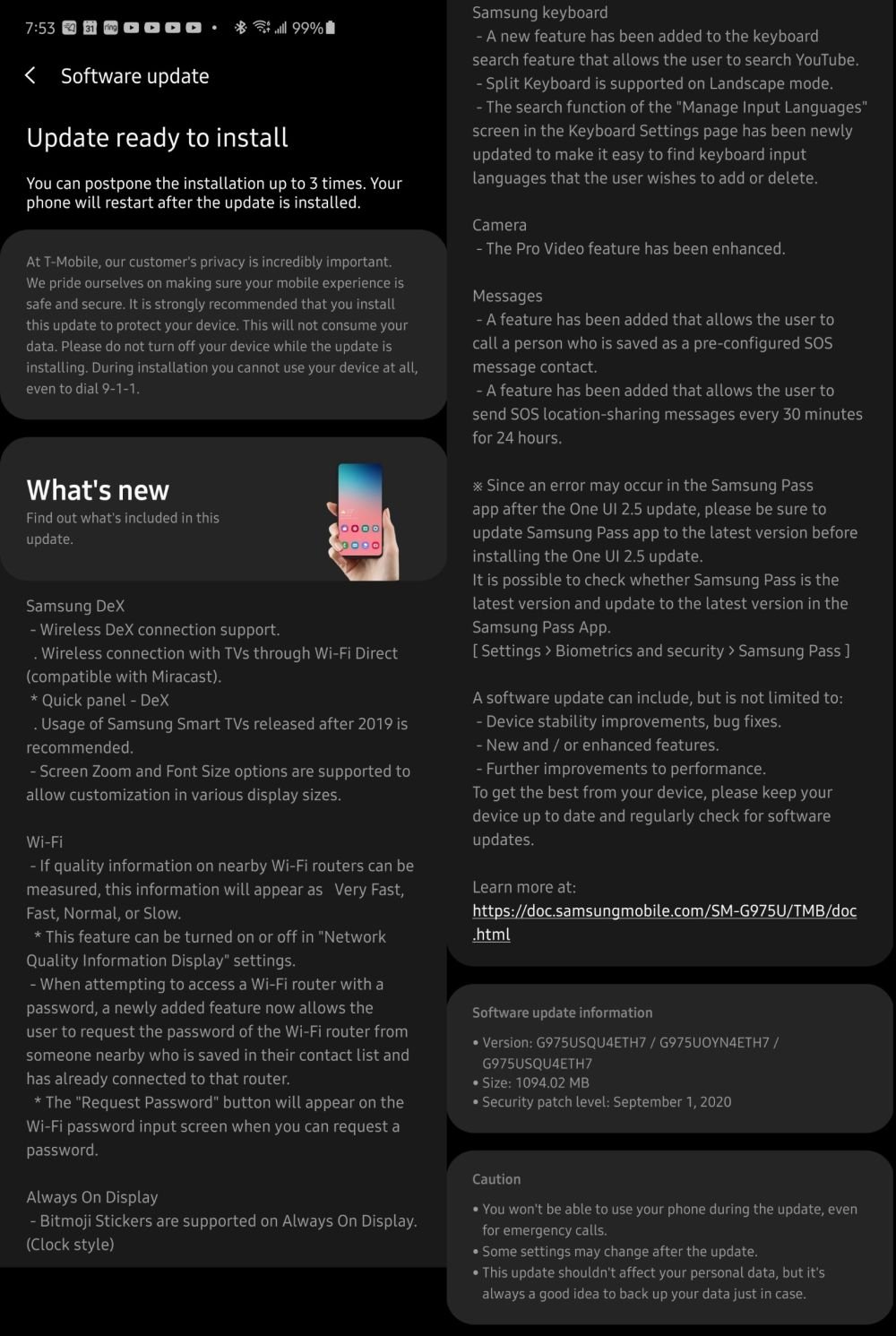