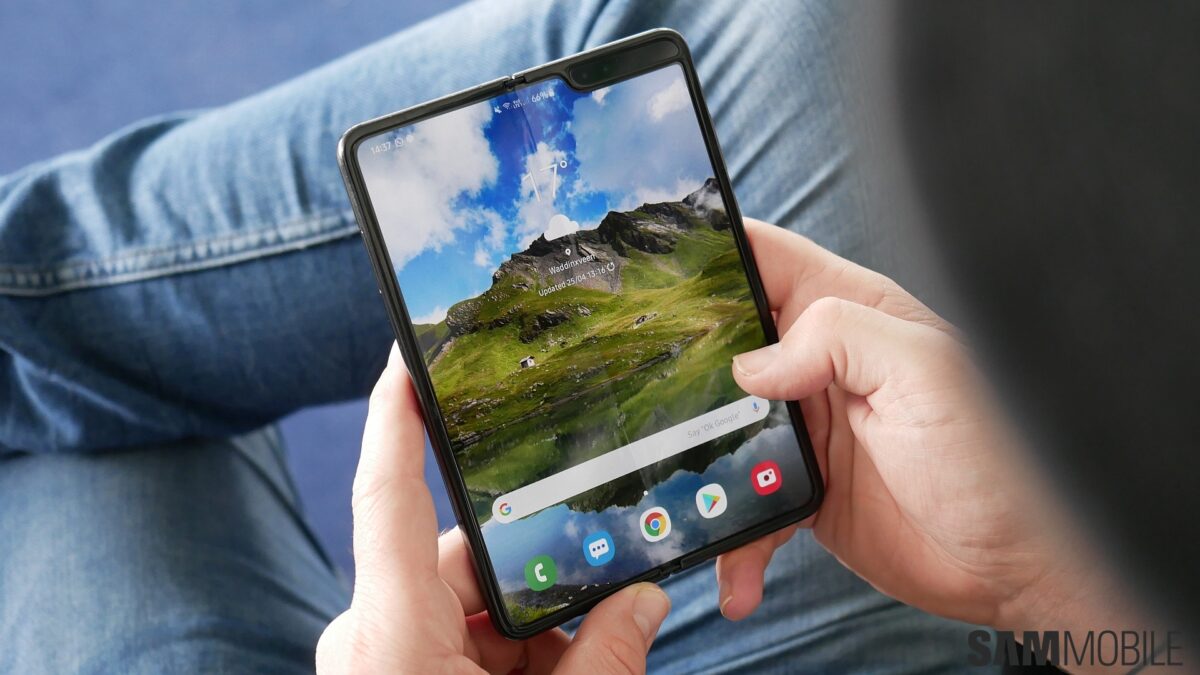 DeX on PC now supported on the Galaxy Fold

The company has released a new update for the Galaxy Fold that adds support for Samsung DeX on PC. For those unaware, DeX on PC allows you to hook up your device to a Windows or Mac PC to use its software with a desktop interface with just a USB cable. This can be useful when you want to view content such as pictures or documents stored on your phone on a big screen, drag and drop files from your PC to your phone, or play a round of PUBG with your friends and show them who’s boss by using your PC’s keyboard and mouse to play the game.

The Samsung DeX app for Windows and Mac can be downloaded from the official website here. As for the update that adds DeX support, it carries software version F900FXXU2ASKB, includes the November security patch, and is currently rolling out to the LTE variant in France. It should make its way to other countries and the 5G Galaxy Fold soon, although you might be waiting a while if you have the 5G variant.

To download the update, which is nearly 900 MB in size, on your Galaxy Fold, open the device’s Settings app, tap Software update, then select Download and install. The new firmware can also be downloaded from our firmware archive and flashed on the device using a Windows PC. 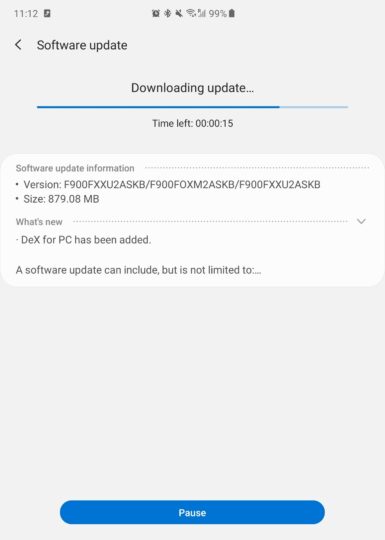