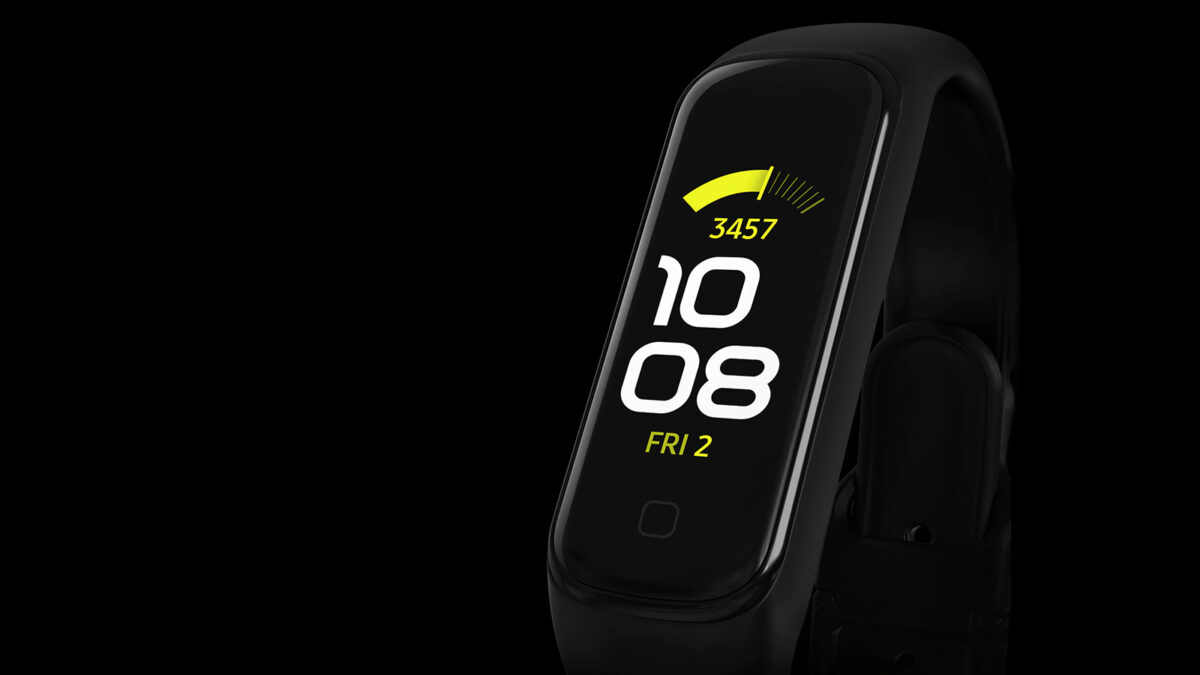 Along with the usual system and security improvements mentioned in the somewhat generic changelog, the latest update also brings a handful of new watch faces to the Galaxy Fit 2. Or rather, as seen below, there are two new watch faces and a few variations for each.

The update is available through the Galaxy Wearable app on the connected smartphone, though for the time being it remains unclear if the latest firmware is available elsewhere besides South Korea. We’ll keep you posted as soon as we find out more. Until then, you can refer to your Galaxy Wearable app in case you’ve been notified about the latest release and tap the Band software update option. The package weighs a little under 3MB.

The Galaxy Fit 2 was released in September with fewer watch faces pre-loaded, and so far it has received a handful of firmware updates that have improved the experience in other ways. Shortly after its debut, the wearable was updated with improved features and a few bug fixes, one of which was affecting the behavior of the clock screen.

It’s been almost 2 years since the Galaxy Fit 2 was launched, and owners of the fitness band thought that Samsung is done supporting the device and that there wouldn’t be any more updates. Much to everyone’s surprise, Samsung is rolling out a new update for the Galaxy Fit 2 that brings a bunch of […]

Need a little help with your workouts? Samsung’s Galaxy Fit 2 is just the perfect device for you. It’s up for grabs in our latest SamMobile Weekly Giveaway. In addition to the many advanced tracking features that the Galaxy Fit 2 offers, the device can even automatically detect five different activities. There’s even sleep tracking […]

[Result] SamMobile Weekly Giveaway: Get a move on with the Galaxy Fit 2!

Time to get active this summer with the Galaxy Fit 2, one of Samsung’s best activity trackers. You now have a chance to get your hands on one for free by participating in this SamMobile Weekly Giveaway. The Galaxy Fit 2 comes with advanced tracking features in addition to automatic detection for five different activities. […]

We’re back with the latest SamMobile Weekly Giveaway. The Samsung product on offer this week is small only in size, not in substance. It will help you lead a more active and healthier life, perfect if you’ve been a couch potato all through lockdown. The Galaxy Fit 2 can last for up to 15 days […]

The Galaxy Fit 2 is reaching another market. Indeed, even though Samsung had launched the Galaxy Fit 2 exactly three months ago, the wearable is not yet available for purchase everywhere. Thankfully for Samsung fans in Vietnam, the Galaxy Fit 2 has been officially confirmed to arrive in the country before the end of this […]