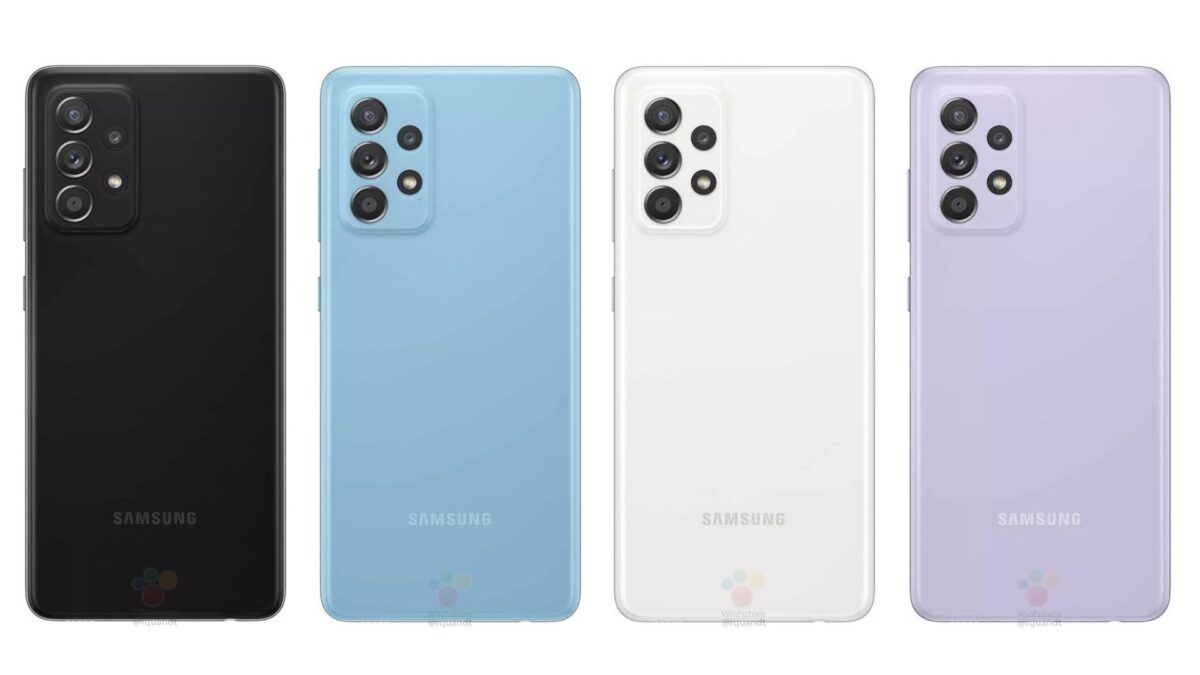 Hopefully you are ready for another leak pertaining to the yet-to-be-announced Galaxy A52 5G, because it’s here to reveal the phone’s design once again, from all angles, along with a few new bits of information regarding availability in Europe. Namely, the Galaxy A52 LTE will reportedly go on sale in most European countries for around €349, with the Galaxy A52 5G being planned to hit the shelves for €429 give or take depending on taxes and so on.

This nugget of information shared by WinFuture was accompanied by a new gallery of press renders depicting the phone in its four color options, though given the rate at which the Galaxy A52 has leaked so far, its exterior design shouldn’t surprise anyone at this point. Nevertheless, below you will find a handful of renders showcasing the phone’s Infinity-O display and its camera housing.

Not much new in the way of hardware specs was revealed, but in case you need to catch up with the Galaxy A52, this is as good a place to start as any. The phone will be released in LTE and 5G variants, powered by the Snapdragon 720G and Snapdragon 750G chipsets, respectively.

Memory options will include 6GB / 8GB of RAM and 128GB / 256GB of storage, and users will have the option to expand the storage via a microSD card slot.

Both the LTE and 5G models will reportedly be powered by 4,500mAh battery with 25W fast charging, and they’ll benefit from an IP67 dust and water resistance rating.