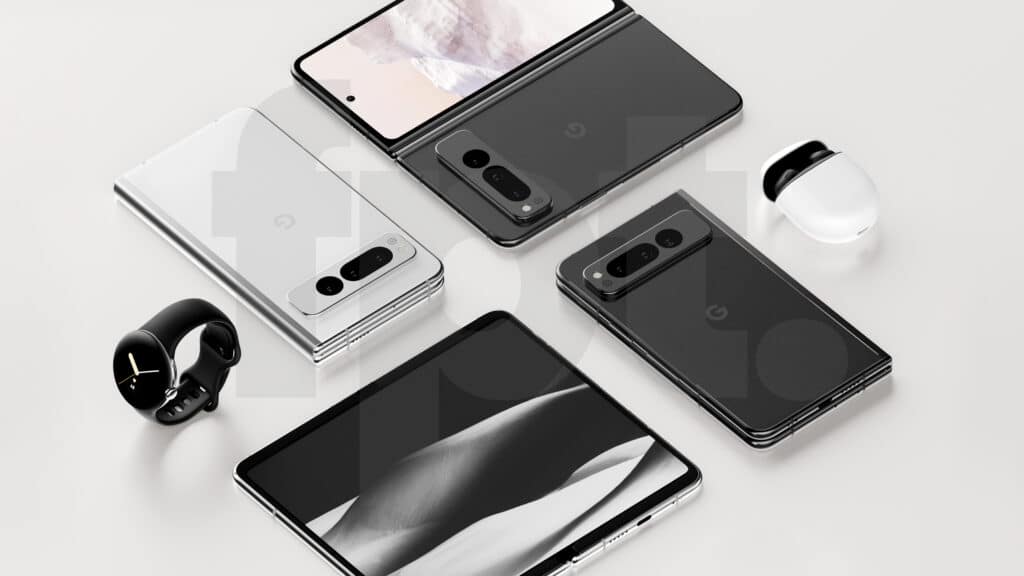 The first foldable phone by Google is real! It’s not out yet but exists inside Google’s development labs, and the first official renders of the so-called Pixel Fold have just leaked. With them come a few pieces of information regarding specifications, availability, and price.

The Pixel Fold, developed by Google, will reportedly hit the market in May 2023 alongside the Pixel Tablet. The company teased the latter device earlier this year but has not openly discussed the Pixel Fold. However, according to new information acquired by FrontPageTech, Google will release its first foldable phone in May 2023 for $1,799, which means it might be a Galaxy Z Fold competitor.

According to these new bits of information, Google has yet to settle on a final name for the device, but internally, the company refers to it as the “Pixel Fold” or the codename “Passport.” More importantly, the device has a book-like form factor similar to the Galaxy Z Fold 4 and features a large cover screen with a punch-hole camera and a generous foldable display with relatively thick top and bottom bezels.

The back of the phone has a camera setup that looks similar to what you’d find on the Pixel 7 Pro, but specifications are missing. However, the selfie camera embedded in the cover display has a resolution of 9.5MP, and so does the second selfie camera embedded in the upper bezel of the foldable phone. The Pixel Fold doesn’t use Under-Panel Camera technology. Nevertheless, according to previous reports, both the cover and the foldable displays could be supplied by Samsung.

The new leak suggests that the Pixel Fold is very heavy. In addition, it has a side-mounted fingerprint sensor embedded in the power button, and for now, Google appears to have settled on two color options: Chalk and Obsidian. Take a look at the leaked renders above and below for a closer look, with the caveat that the wallpapers are not the official ones by Google.