Samsung is launching new color and storage variants of its high-end tablets in some markets. The Galaxy Tab S7 and the Galaxy Tab S7+ are getting the Phantom Navy color variant in Germany, and it is listed on the company’s website. These devices were originally launched in three colors: Mystic Bronze, Mystic Black, and Mystic Silver.

The Galaxy Tab S7 is powered by an 8,000mAh battery, while the Galaxy Tab S7+ has a 10,090mAh battery. Both feature stereo speakers (4 speakers), a fingerprint reader, GPS, Wi-Fi 6, Bluetooth, USB Type-C port, and 45W fast charging. The tablets were launched with Android 10 and One UI 2.5, but they recently started receiving the Android 11 update with One UI 3.1. 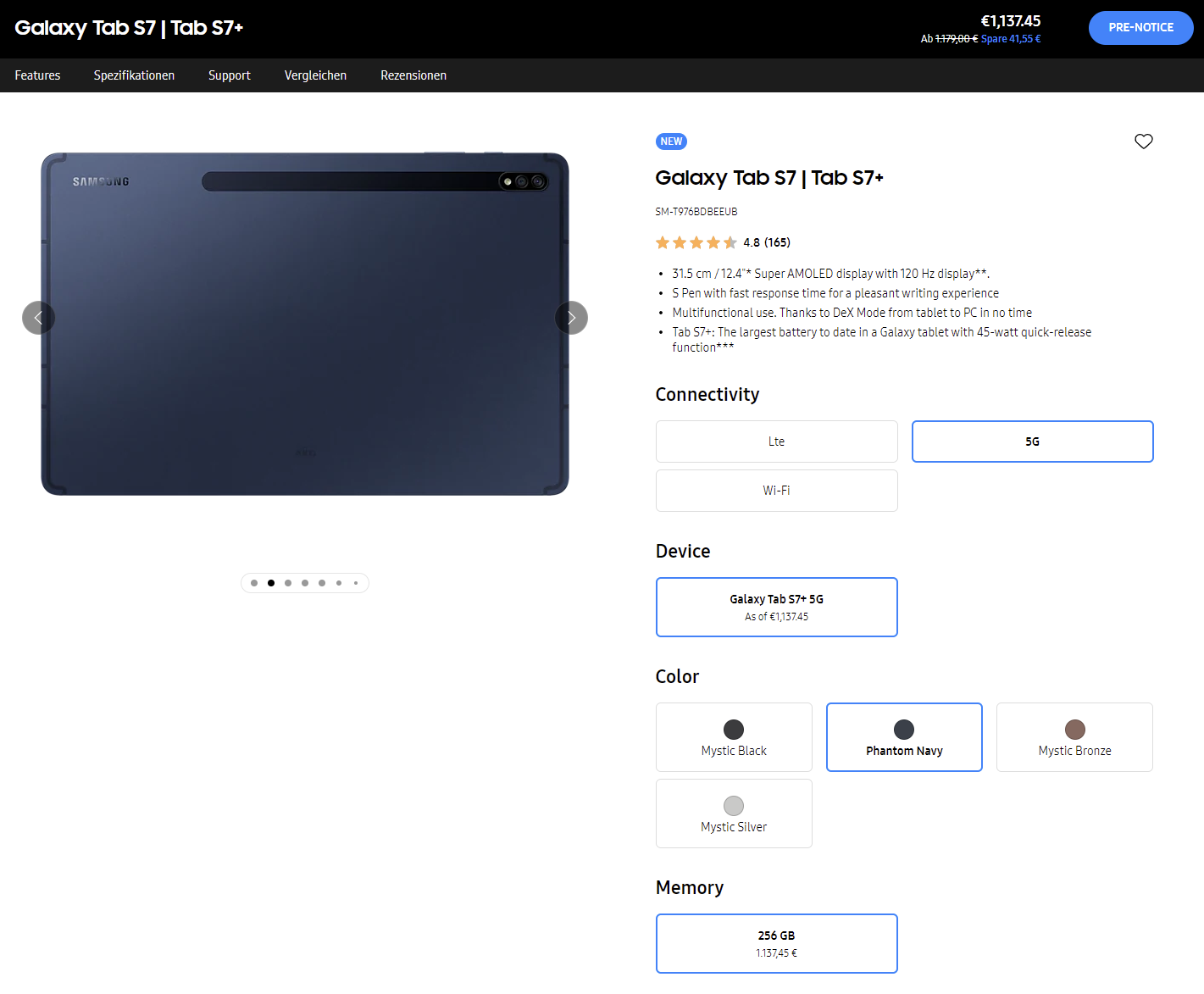