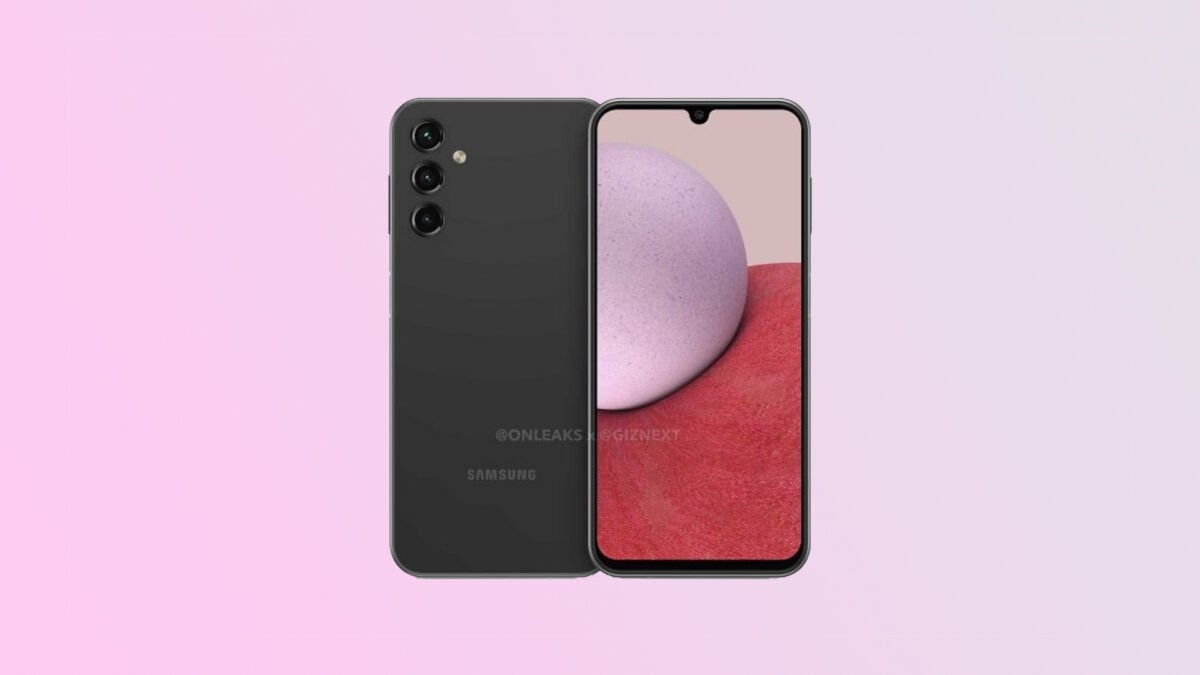 While Samsung has reportedly decided to ditch Exynos processors for its high-end Galaxy smartphones, it will certainly continue to use Exynos chips in its mid-range and entry-level devices. In fact, the company’s two new Exynos chips—Exynos 1330 and Exynos 1380—were leaked three months ago.

Now, the first smartphone with the Exynos 1330 chipset has been spotted. The Galaxy A14 5G, which uses the Exynos 1330, was found in Geekbench’s database, revealing the upcoming processor’s specifications. The chipset is codenamed S5E8535, and it features two high-end CPU cores clocked at 2.4GHz and six power-efficient CPU cores clocked at 2GHz. It also features the ARM Mali-G68 GPU. The phone scored 770 points in Geekbench’s single-core CPU test and 2,151 points in the multi-core CPU test.

Some of the phone’s specifications were leaked a few days ago, along with its design renders. The Galaxy A14 5G has a 6.8-inch IPS LCD display with Full HD+ resolution, a 50MP primary rear camera, a 13MP selfie camera, and a 5,000mAh battery. As seen in the screenshot below, the phone runs Android 13 (One UI 5.0) and features 4GB RAM.

It is being reported that the Galaxy A14 5G could cost around €230 and launch sometime in the first half of 2023. Compared to the Galaxy A13 5G, the upcoming phone offers a better screen, a better front-facing camera, and better performance. It also features Wi-Fi b/g/n, Bluetooth 5.2, a side-mounted fingerprint reader, and a USB Type-C port. 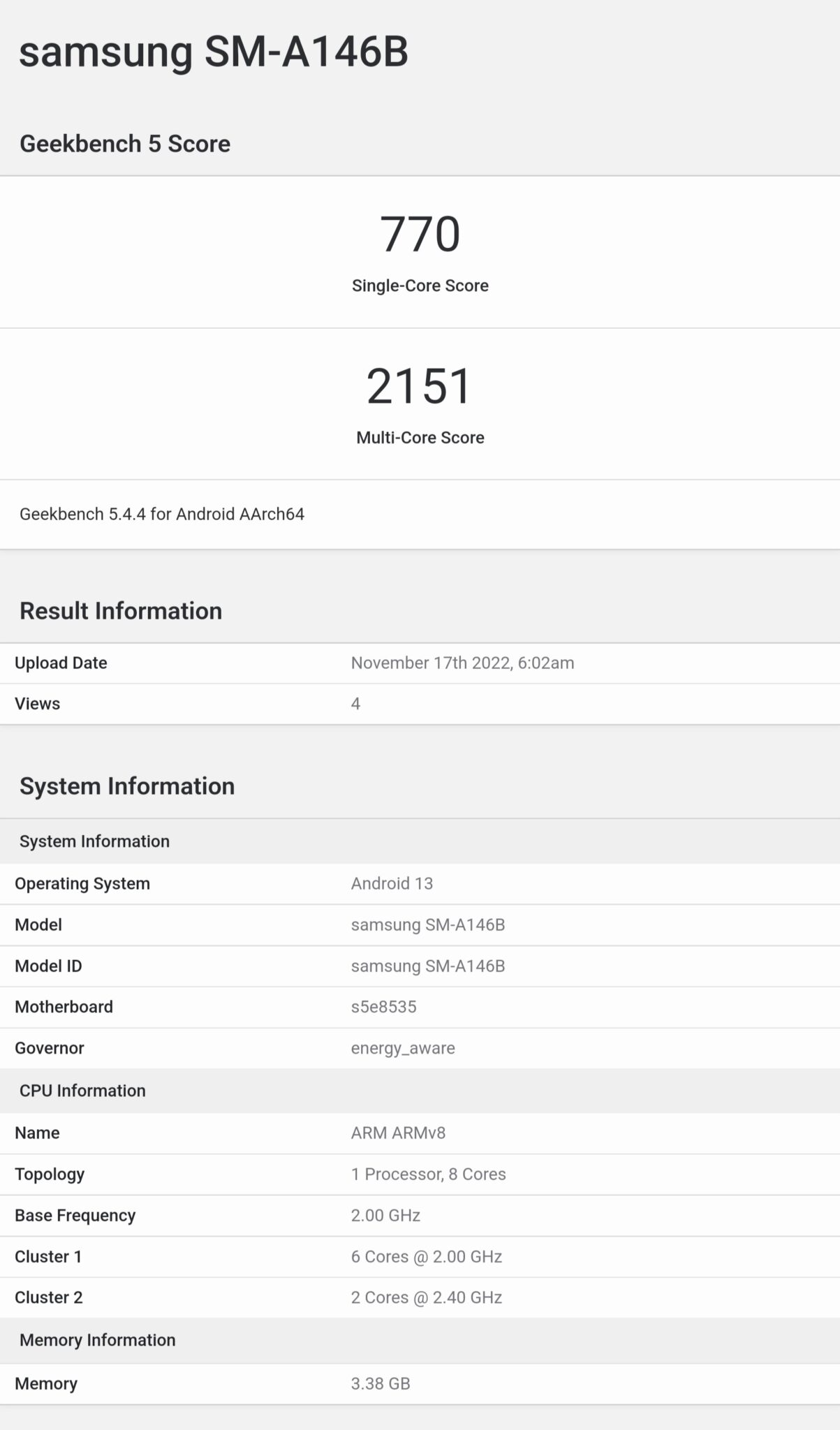 Millions of Samsung phones powered by Exynos, or more specifically, Exynos chipsets with Mali GPUs (of which there are many), are currently vulnerable to several security exploits. One can lead to kernel memory corruption, another to physical memory addresses being disclosed, and three other vulnerabilities can lead to a physical page us-after-free condition. In essence, […]

Some versions of Galaxy A14 5G could feature a MediaTek processor

The affordable Samsung Galaxy A14 5G has picked up Bluetooth SIG certification, bringing it one step closer to its official launch. Almost two months ago, we reported that Samsung is developing its most affordable 5G phone of 2023, the Galaxy A14. Later, multiple designs and specifications leaks gave us a peek at what we can […]