We haven’t heard from the upcoming Galaxy A12 in a while but the device is back in the limelight now that Samsung has officially acknowledged it. To be clear, Samsung hasn’t launched the device just yet but official support pages for a device bearing model number SM-A125F/DS went live recently on the company’s Russian portal.

The model number should belong to the Galaxy A12 and although Samsung has been keeping quiet about it, these recent events indicate that the phone is likely being prepared for release in the coming weeks.

The support page doesn’t reveal anything else about the phone but some specifications are already known. SamMobile exclusively reported back in August that the Galaxy A12 is in development with 64GB of built-in storage for the base model and possibly an LCD display as well as a triple camera setup.

Meanwhile, recent Geekbench entries reveal that the Galaxy A12 runs Android 10 and it’s powered by the MediaTek MT6765V/CB chipset paired with 3GB of RAM.

The Galaxy A12’s exterior design remains a mystery but perhaps its M-labeled counterpart holds the key. Recent Galaxy M12 leaked renders have revealed a few design characteristics including a new paint finish that could be the inspiration for other budget Galaxy phones in 2021. 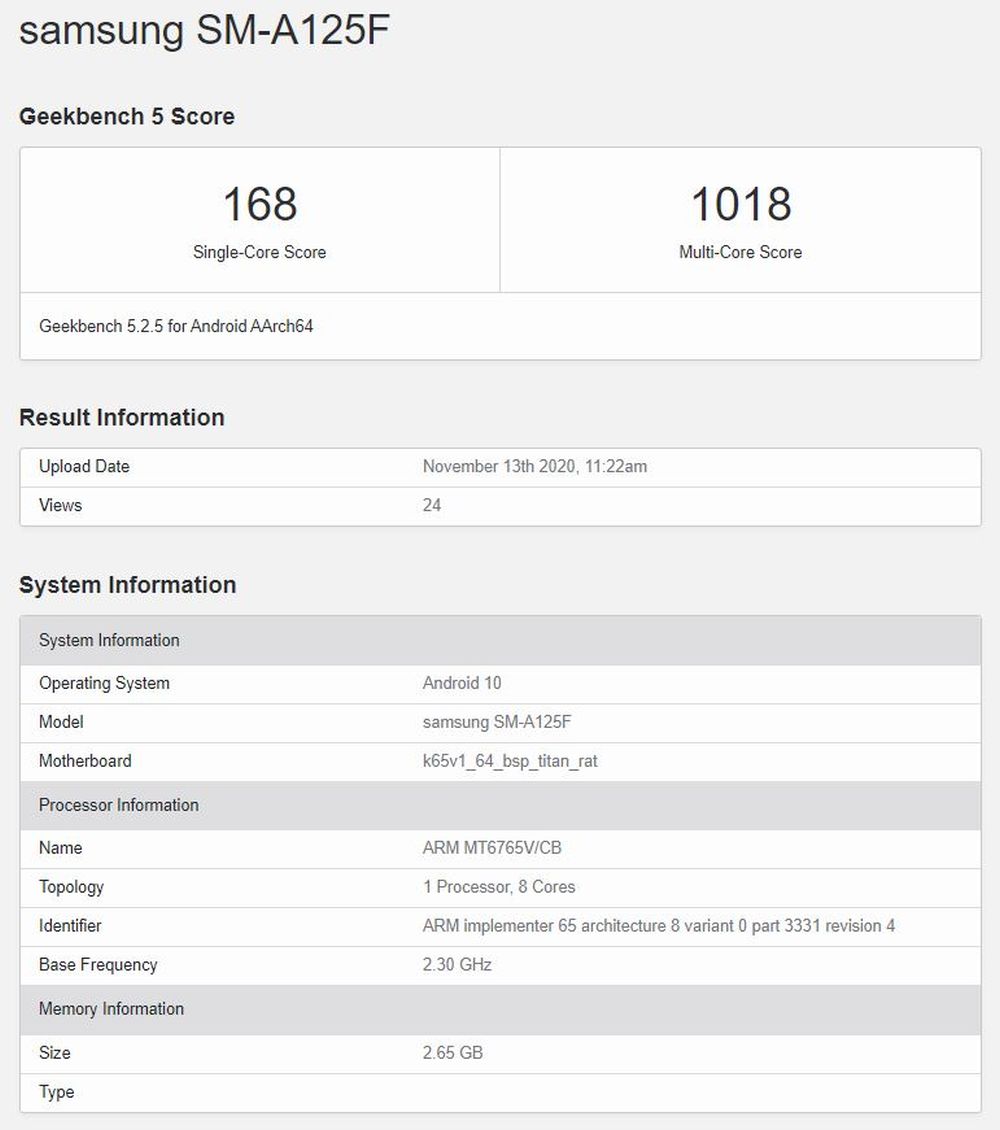