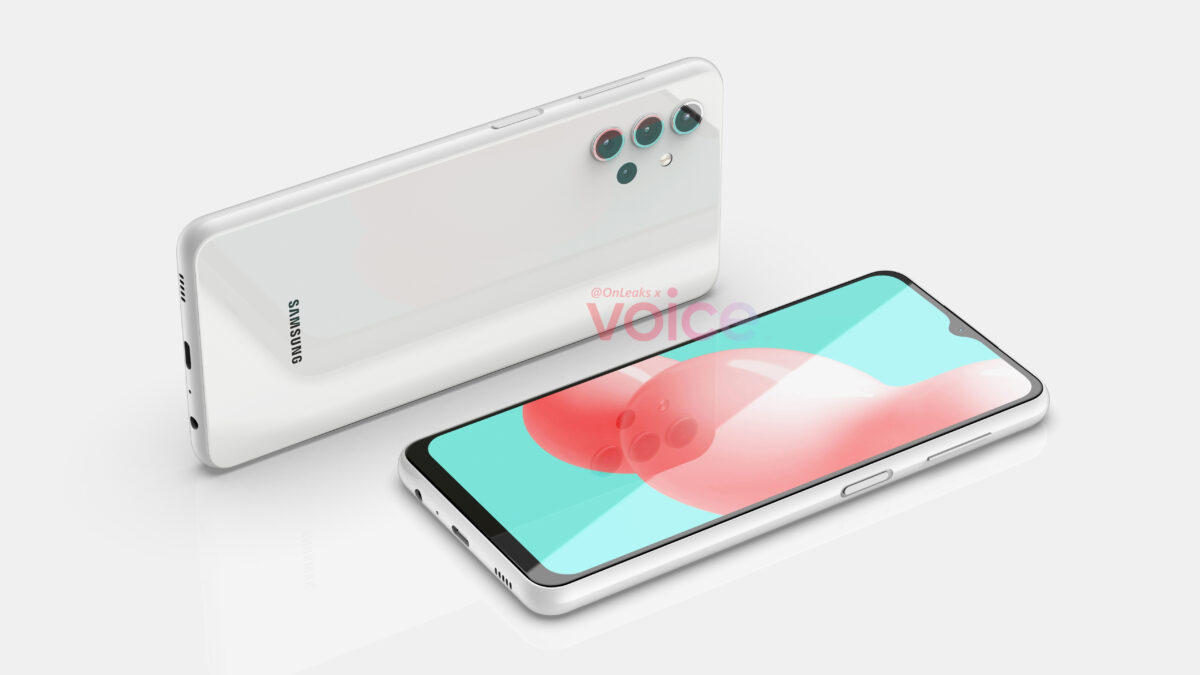 Last week the unannounced Galaxy A32 5G was spotted in a handful of renders originating from a third-party case manufacturer. The images offered a sneak preview but the device was largely covered by a protective case. However, a new gallery of Galaxy A32 5G renders have emerged from @OnLeaks via Voice today and this time around they show the phone from all angles without a protective case covering the design.

First things first, the Galaxy A32 5G looks very appealing in our eyes as it offers a unique design even for a Samsung phone. It looks like the camera sensors are not enclosed in a so-called camera hump but instead the vertically-stacked lenses protrude – by just 1 mm according to the source – from the phone’s back panel individually. Next to the three rear-facing cameras there’s an LED flash and a mysterious fourth sensor whose purpose is unknown.

Infinity-V, plastic back panel and a metal frame

The back of the device is reportedly made of plastic. The renders show a glossy back which may suggest that the phone may have been treated with a ‘glasstic’ finish instead, but remember that the renders are not official. Therefore, the final product could have a different paint job.

Either way, the Galaxy A32 5G has a metal frame and contrary to what the previous renders have shown, it has an Infinity-V, not an Infinity-U display. The physical buttons and fingerprint sensor reside on the right edge of the phone while the lower edge accommodates a speaker grille, a USB-C port, and a standard 3.5mm audio port. According to the source, the Galaxy A32 5G measures 164.2 x 76.1 x 9.1mm.