The Galaxy S9 and Galaxy S9+ bearing model numbers SM-G960F/DS and SM-G965F/DS respectively have been spotted in SIRIM’s database. SIRIM, or the Standard and Industrial Research Institute of Malaysia, is a government-owned certification, inspection and testing organization in the country.

It’s also not surprising to see that these are the Exynos 9810-powered models because Samsung uses its own processor for flagship smartphones in all other markets except a select few like North America. If recent benchmark results are any indication, the Exynos 9810-powered models will be in a league of their own as far as performance is concerned.

Pricing and availability for the handset in Malaysia will only be confirmed after Samsung officially unveils its new flagship on February 25. The Galaxy S9 and Galaxy S9+ are expected to be released in the country by mid-March. 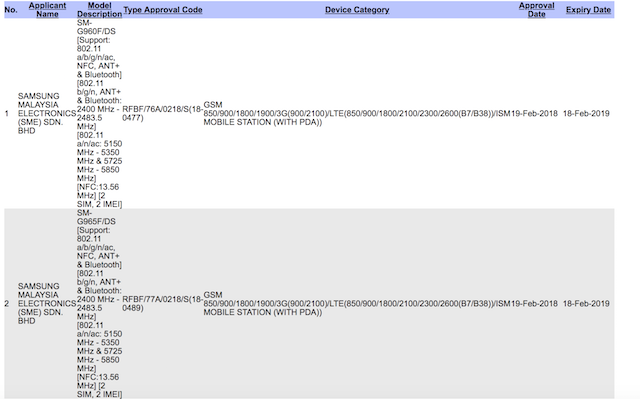