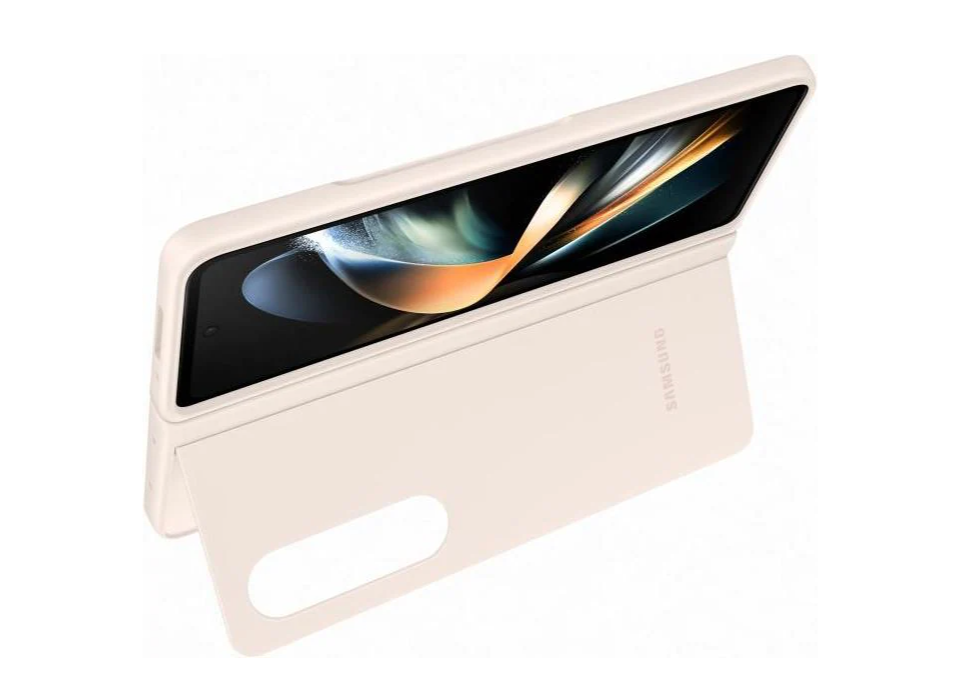 More official Galaxy Z Fold 4 and Galaxy Z Flip 4 accessories and tentative prices have been spotted on the virtual shelves of a third-party online retailer. Samsung’s next Unpacked event takes place on August 10, and the retail network is preparing for the slew of new products they’ll soon have the opportunity to sell.

The Galaxy Flap Leather Cover is listed for €72.84, while the Clear Cover with Ring has a tentative price of €28.72 (including VAT).

No dedicated S Pen slot for the Galaxy Z Fold 4

The Galaxy Z Fold 4 Slim Standing Cover is listed for €43.47, and a 1-piece screen protector costs €19.13. Keep in mind that these prices are from a third-party supplier and are likely tentative, which means that these accessories will probably cost less when purchased directly from Samsung’s retail network starting next month.