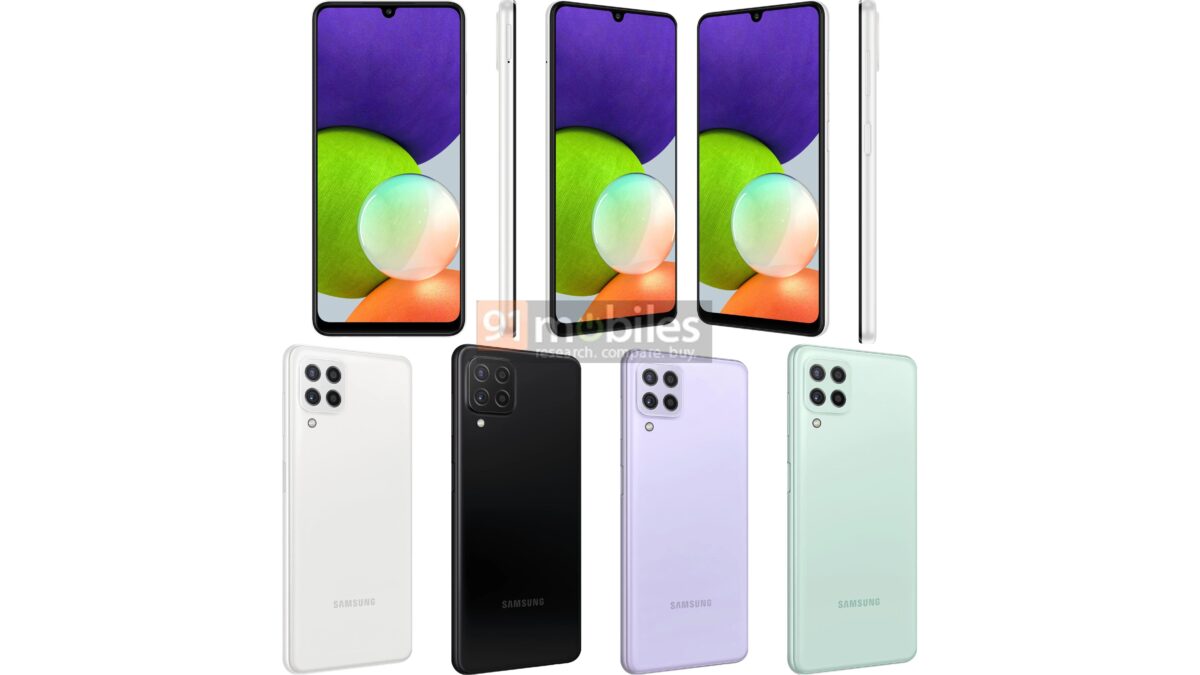 It’s been a few weeks since the Galaxy A22 last showed its face, or faces, though we wouldn’t blame you for not realizing that there are two of them. Namely, as these newly emerged renders barely illustrate, the regular Galaxy A22 will actually be sporting one extra camera module. This leaves no room for the LED flash unit that’s neatly packed away with the rest of the cameras on the Galaxy A22 5G.

Instead, the Galaxy A22’s flash is sitting immediately below the quad-camera setup of the device. Furthermore, the LTE-only smartphone seems to feature a slightly higher screen-to-body ratio, as evidenced by its visibly thinner bezels.

Is the Galaxy A22 really the inferior choice here?

Today’s leak acts as yet another indication that Samsung intends to offer white, black, green, and purple variants of both the Galaxy A22 and Galaxy A22 5G. The latter two colors are on the lighter, pastel-y side, not unlike the shades introduced with the Galaxy S20 Fan Edition last year.

The Galaxy A22 5G will at least feature a side-mounted fingerprint reader, as per the same source. A recent leak revealed both will sport a 5,000mAh battery with fast charging support. As for their cameras, the extra shooter on the back of the Galaxy A22 5G is said to be a 2-megapixel affair, probably added for some extra bokeh effects, meaning it won’t do much. The other three modules are led by a 48-megapixel camera, an 8-megapixel ultra-wide, and another 2-megapixel one.

The increased frequency of Galaxy A22-related leaks suggests that both of its variants will be hitting the market sooner rather than later. 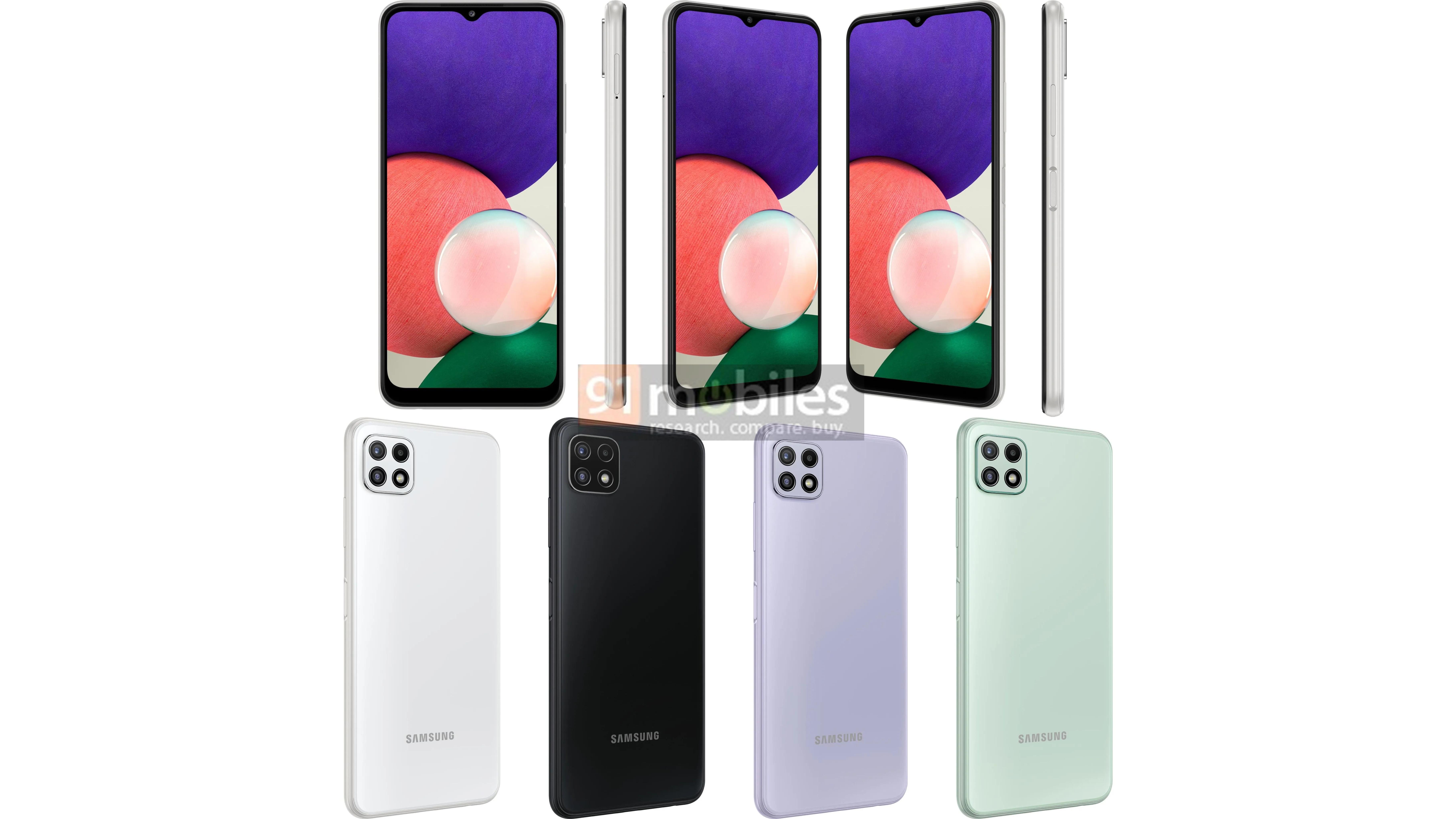