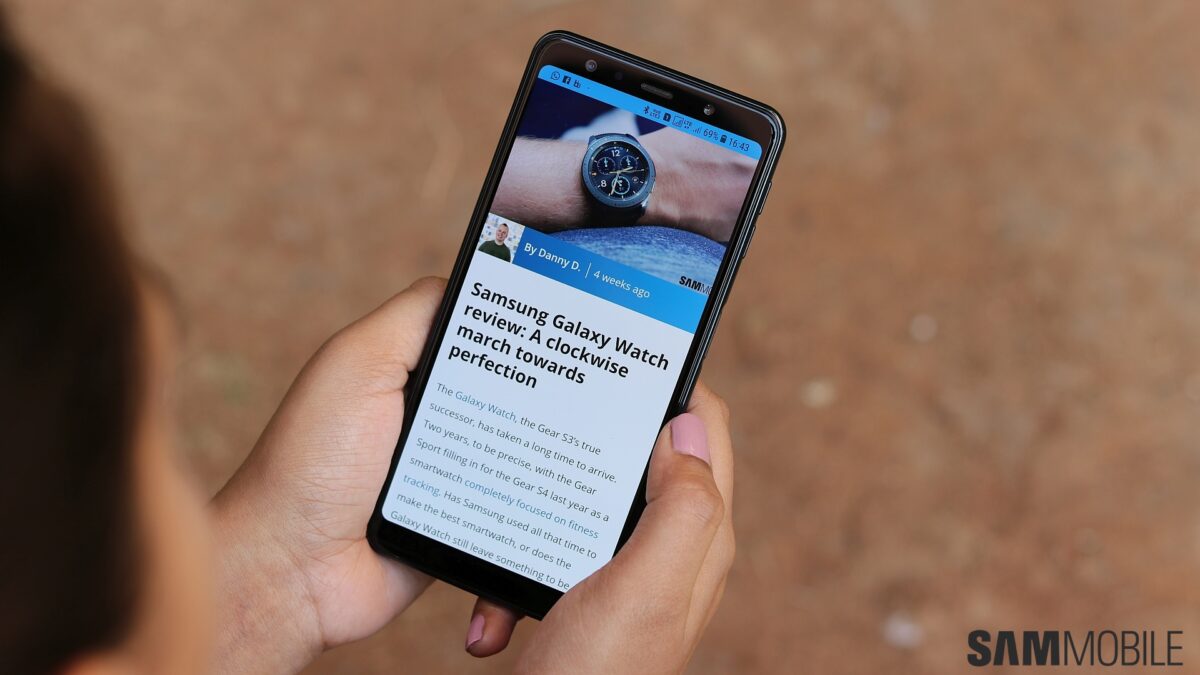 It was already impressive that Samsung launched a Android Pie beta program for the Galaxy Note 8 and Galaxy S8 instead of just the Galaxy S9 and Note 9, and the company seems to now have brought a mid-range device to the party as well. Galaxy A7 (2018) owners can register for the Android Pie/One UI beta program in India, with the first beta release already rolling out over the air.

The Galaxy A7 (2018) was the first mid-range phone that Samsung started testing Pie for, so it’s not surprising that it’s also the one to be getting a beta program. Before you get excited, we should tell you that at this point we don’t have as much evidence as we’d like, but a comment on one of our other stories and a post in the Samsung Members forums with a screenshot for the Pie beta OTA are proof enough that Samsung is indeed letting owners of a mid-range phone test the next version of Android.

If you own a Galaxy A7 (2018), open the Samsung Members app and go into the Notices section. A notice for the beta program should be in the list. Tap that, then use the Register button to enroll into the beta. Once you’ve registered, you should be able to download the first Pie beta from the Software update menu of the Settings app by tapping the Download updates manually option. The first beta includes the February 2019 security patch.

Thanks for the tip, rijum20!