The Galaxy Note 9 may indeed have a battery that’s much larger than what we’ve seen on Note flagships in the last couple of years. Ice universe, who has a solid track record with information on unreleased Samsung devices, says in his latest tweet that he is 100 percent sure the Galaxy Note 9 battery has a 4,000 mAh capacity. And, as discovered by GalaxyClub, Samsung also seems to be preparing a faster wireless charger, which would support all the rumors of a higher capacity battery on the Note 9.

Galaxy Note 9 specs could include a 4,000 mAh battery 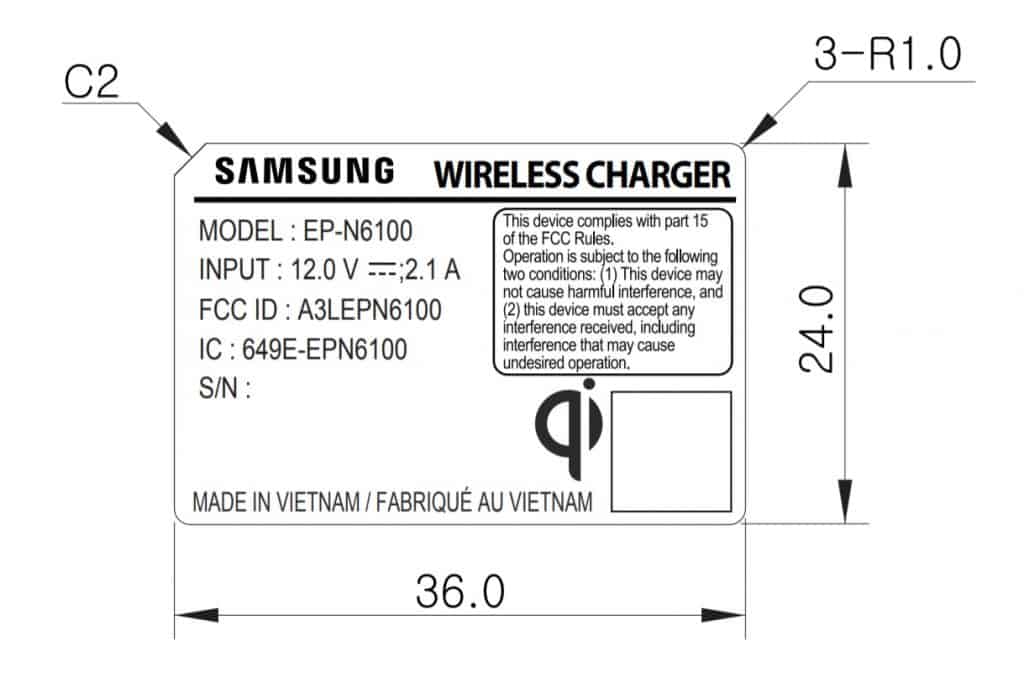 Samsung launched its convertible wireless charger – model number EP-N5100 – with the Galaxy S9 this year. The EP-N5100 has a 9 volts and 1.67 amperes input rating, the same as the company’s fast wireless chargers that came before. At the FCC, a new charger with model number EP-N6100 has been certified, with an input rating of 12 volts and 2.1 amperes. Samsung’s current fast wireless charging was introduced with the Galaxy Note 5 and Galaxy S6 edge+, both of which had a 3,000 mAh battery. The company’s flagship phones have received a boost in battery capacity since then (especially the edge/Plus models), so an increase in those fast wireless charging speeds has been long overdue.

And that increase couldn’t come at a better time. If the Galaxy Note 9 does end up having a 4,000 mAh battery, it would be a substantial jump in battery capacity compared to even the Note 7. It would also be a return of what was originally one of the highlights of the Galaxy Note lineup: long-lasting battery life to go along with the slew of productivity features the S Pen makes possible.

Of course, we wouldn’t recommend taking any of this information as 100 percent accurate just yet. There are many indications that the Note 9 will have the largest battery seen on Samsung’s mainstream flagships, but it’s always best to keep your expectations low until solid evidence starts showing up.