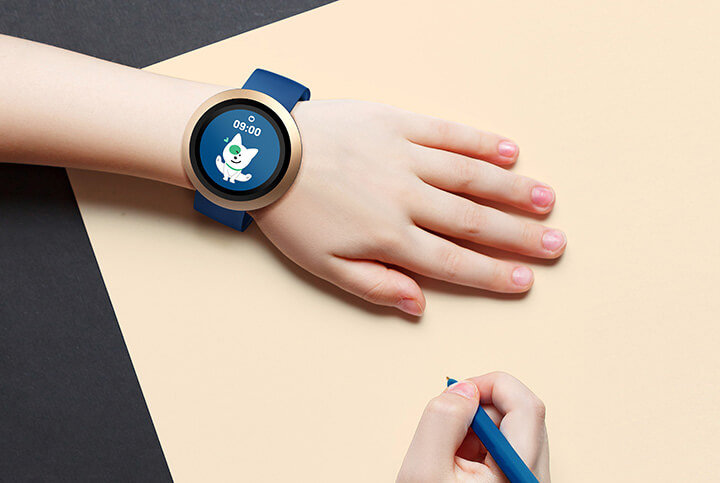 Samsung primarily uses its Exynos processors in-house but in recent years, it has won over new customers for its chips as the Exynos processors have been significantly advanced.  None of this progress has influenced the OEMs to opt for Exynos chipsets on a large scale though. In fact, barring a few smartphones from Meizu, none of the major brands have shown any interest in Exynos lineup.

However, some smaller brands keep launching products powered by Exynos.  Naver Labs, “an ambient intelligence company” from Korea, is the latest to join the list. The company has launched a wearable for kids named AKI with an Exynos 7270 Dual processor and Mali-T720 GPU inside. It sports a 1.2inch AMOLED touchscreen, IP68 rating, and a kid-centric design.

The AKI watch is aimed at parents who want to keep an eye on their children. It offers features such as kids’ location and activity alerts, VoLTE calls, a personal assistant named CLOVA, language learning solutions, etc. Unsurprisingly, most of this is made possible with the Exynos chipset inside.

The Exynos 7270 Dual is a processor made for wearables and is already powering the Gear S3 Frontier and Gear S3 Classic smartwatches from Samsung. Built on a 14nm FinFET process, it packs, among other things, two Cortex A53 cores clocked at 1 GHz each and an integrated LTE modem in a tiny package.

The press release from Samsung doesn’t offer any information about AKI’s pricing and availability. 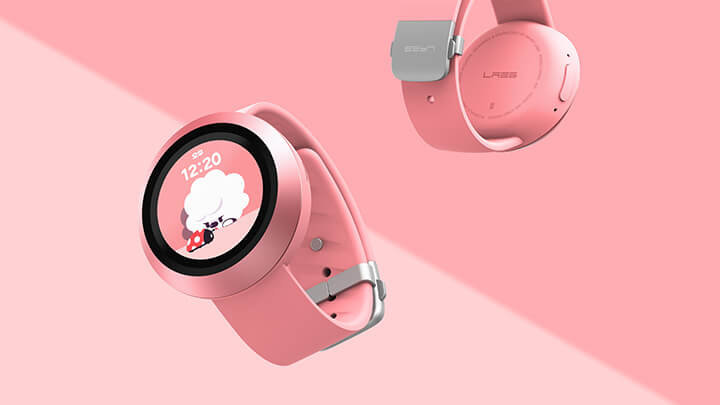 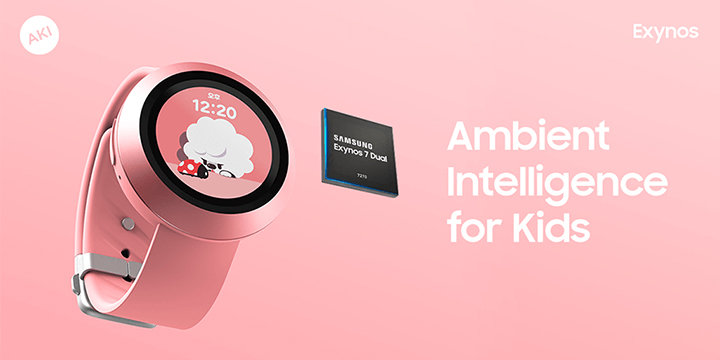