Samsung has a new competitor in India’s budget segment

Well, it looks like any plans Samsung may have had to take back the budget market in India will have to be sent back to the drawing board. Xiaomi has become a force to reckon with in the Indian budget smartphone scene, with some analysts saying it has beaten Samsung to the top spot thanks to smartphones priced aggressively for the hardware and features they offer. Today, another Chinese OEM has joined the race: Oppo has launched the first smartphone under its Realme sub-brand in India, and it’s got killer specs and a very impressive price tag.

Xiaomi isn’t the only enemy now

Oppo has been a strong player in India in the mid-range segment for some time, mainly thanks to phones that focus on high-resolution front cameras at prices that aren’t as low as Xiaomi’s but aren’t as high as Samsung’s, either. Now, Oppo has decided to take the fight to Xiaomi with the Realme 1, a smartphone that offers hardware such as a MediaTek P60 SoC, 6GB of RAM, 128GB of expandable internal storage, and a Full HD 18:9 display for Rs. 13,990, which translates to around $205 at current conversion rates. Other specs include 13-megapixel and 8-megapixel rear and front cameras, LTE connectivity, a 3,410 mAh battery, and Android 8.1 with Oppo’s custom skin on top. 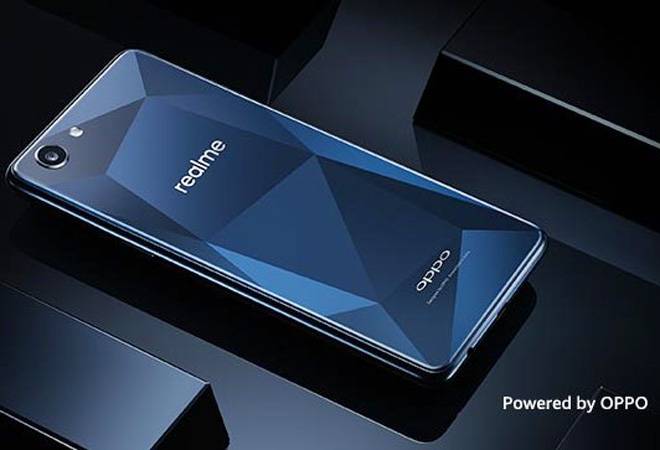 If we look at Samsung’s Indian lineup in the same price segment, the company does have a similarly specced device called the Galaxy On7 Prime (read our review here). Now, it’s not as good on some fronts. It has a weaker processor (an Exynos 7870), a standard 16:9 display, lesser internal storage, and an older version of Android, but it’s also priced at around $15 (Rs. 1,000) less than the Realme 1. It’s also readily available unlike Oppo’s new phone. While both are exclusive to Amazon India, the Realme 1 will be sold through flash sales, in which a few units of the device will be put up for sale once every few days.

The flash sale model, in fact, the biggest obstacle for the Realme 1. Being much more (financially) resourceful than Xiaomi (Oppo is the parent company of Vivo and OnePlus, which should give you an idea), though, it might not be long before Oppo is able to past that obstacle. The time it takes to be able to do that does give Samsung some breathing space, but it certainly looks like the Korean company’s problems in India’s budget market have intensified with the Chinese OEM’s entry into the heavily crowded segment.

A sub-brand still the best solution for Samsung?

And that brings us to what we think might help Samsung fend off the increasing competition in India: a sub-brand similar to Oppo’s Realme or Huawei’s Honor. Given Samsung’s size and business model, making a profit in the budget segment comes at the expense of a smartphone’s hardware. It’s a business model that cannot help the company survive in lucrative markets such as India, and that’s exactly why a sub-brand would make sense. Sure, Samsung will need to make some money even with a sub-brand, but it will still get more leeway to play with the value-for-money quotient than it ever will for devices sold with the Galaxy moniker.

Will Samsung double down on its efforts now that it’s not just Xiaomi it needs to defend itself against in the Indian market? Or could this be the final straw that makes it either spin off a sub-brand or just quit the budget market altogether? Quitting isn’t really an option it can pursue, but quick action is clearly needed, and we’re interested to hear what you think the Korean giant should be doing at this point, so leave a comment below and get a discussion going!