The Galaxy S9 and Galaxy S9+ are Samsung’s first flagship smartphones with stereo speakers, and the company also chose to equip the devices with Dolby Atmos support, which makes a substantial difference to sound quality. Well, it’s not just the Galaxy S9 that has Dolby Atmos support: The newly announced Galaxy A6 and Galaxy A6+ have it as well, and Samsung has also brought the feature to the Galaxy Tab S3 with the Oreo update that started rolling out today.

That makes a total of five Samsung devices that now have Dolby Atmos, and it’s likely more devices will come with Atmos support in the future. Of course, devices with single loudspeakers won’t be able to take full advantage of Dolby Atmos, but since the effect is more pronounced on a pair of earphones anyway, that’s not much of a limitation. And the takeaway here is that Samsung isn’t holding back on making Dolby Atmos a regular feature. It’s a nice addition for the company’s flagship devices in particular, which now come with AKG-tuned audio thanks to the Korean giant’s acquisition of Harman International.

If you own a Galaxy S9, Galaxy A6, or a Galaxy Tab S3 (running Oreo, which might not be the case for most folks at the moment), you can enable and customize Dolby Atmos from the Sound and vibration » Sound quality and effects menu in the device settings. 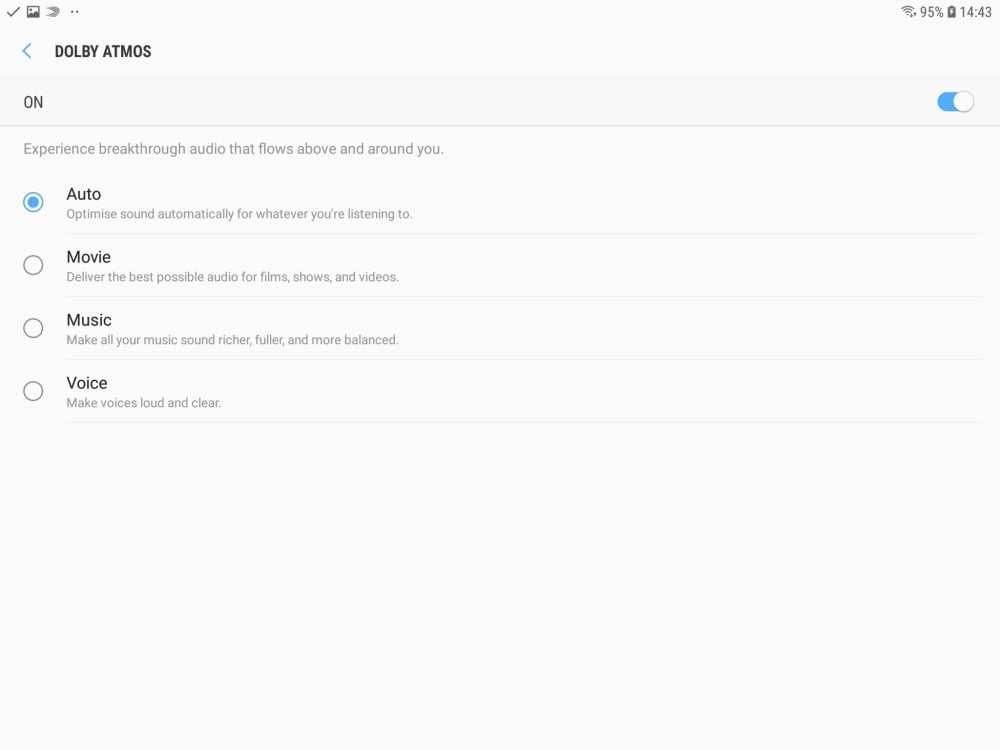