The Galaxy M02 is yet another budget phone that was introduced by Samsung in early 2021. It’s essentially a rebranded Galaxy A02, just like the Galaxy M02s is identical to the Galaxy A02s except for the moniker.

Samsung’s new Galaxy M02 even comes in the same color options as the Galaxy A02 and runs on the same versions of Android and One UI.

The Galaxy M02 has a unibody design rather than employing a metal frame between the front and back panels. In other words, the polycarbonate case is one-piece and wraps around the edges of the phone. 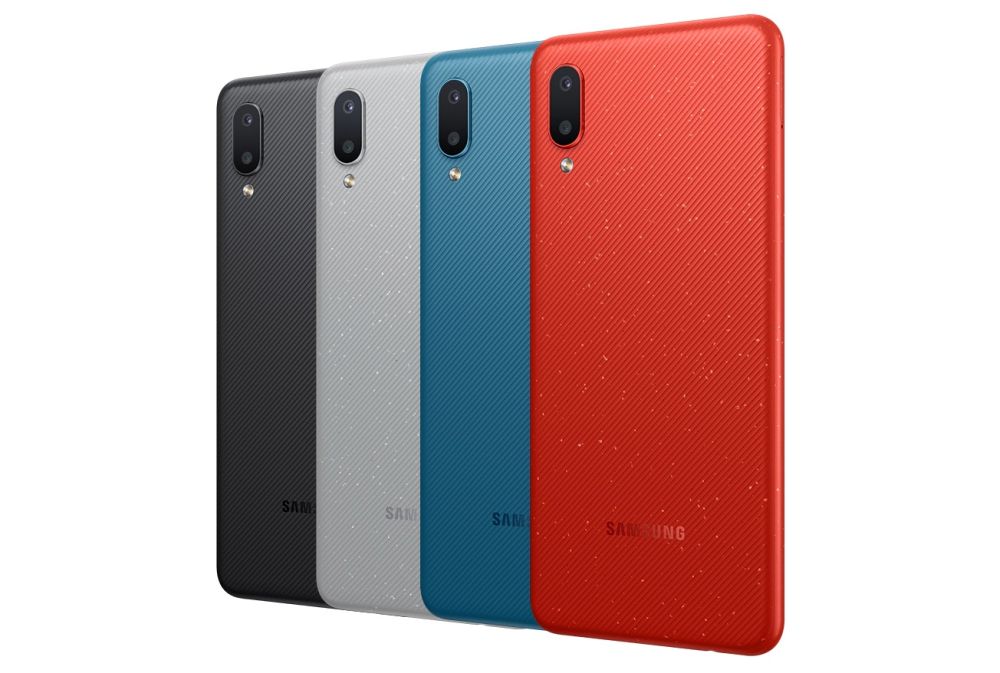 The back panel has a diagonal stripe pattern and color options include black, blue, gray, and red, with the latter two being less uniform. The phone has a 160 x 75.9 x 9.1mm footprint and it tips the scales at 206 grams.

Same as the Galaxy A02, the M-branded variant is powered by a MediaTek MT6739W chipset comprising four CPU cores and a PowerVR Rogue GE8100 GPU.

The phone comes with 32GB of on-board memory expandable by up to 1TB via microSD, and it was released with 2GB and 3GB of RAM.

The Galaxy M02 has a microUSB 2.0 port and lacks USB-C, but it takes advantage of a 3.5mm headphone jack, Bluetooth 5.0 and Wi-Fi b/g/n connectivity, as well as dual-SIM capabilities.

Due to the design of the display, the Galaxy M02 is unmistakably a budget phone. It has an Infinity-V notch for the selfie camera and a thick chin at the bottom, as well as relatively thick bezels all around. 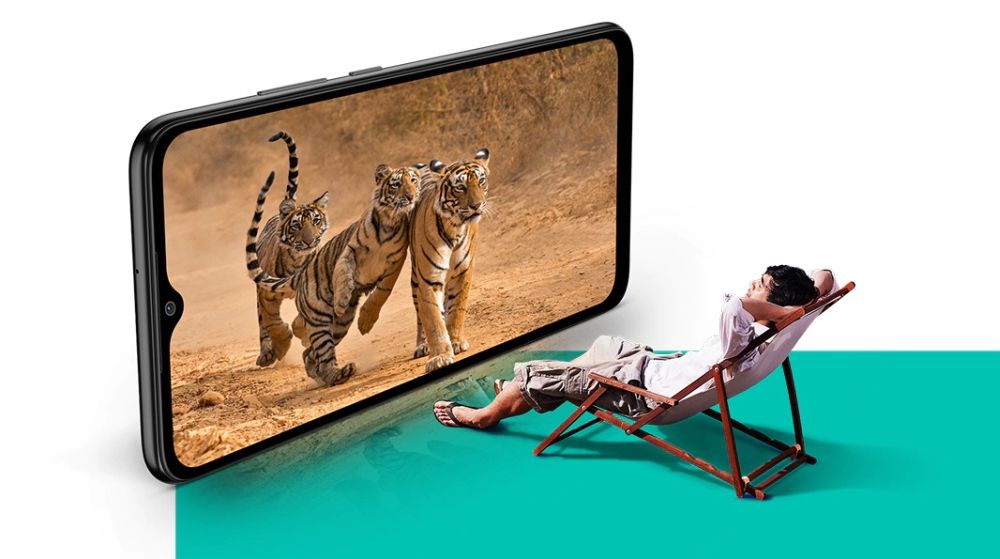 The panel is of the LCD variety and has a 6.5-inch diagonal and an HD+ resolution. It’s limited at a 60Hz refresh rate but this is only natural for a device that’s destined for the budget segment.

Samsung has equipped the Galaxy M02 with two rear-facing cameras, one of which is a 2MP macro shooter. The other is a 13MP main sensor with autofocus and [email protected] video recording capabilities. The Infinity-V display notch accommodates a 5MP front-facing camera. 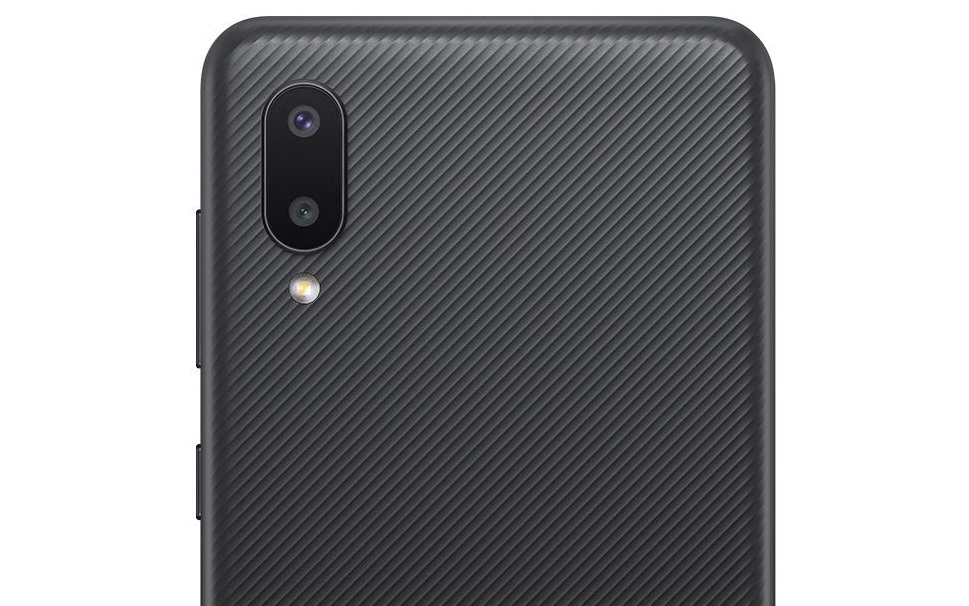 One of the drawbacks of a budget phone is poorer software support compared to flagship solutions, and unfortunately, even though it was released in 2021, the Galaxy M02 runs Android 10 and One UI 2 out of the box.

The Galaxy M02 was first announced for India ahead of a February 9 release. The phone was launched for the introductory price of INR 6,999 ($96).

SamMobile readers have access to various Samsung resources, from wallpapers to firmware and APKs, all of which can be downloaded for free.

Our optional premium plans give access to expert support, faster downloads and ad-free browsing on SamMobile, giveaways and more.