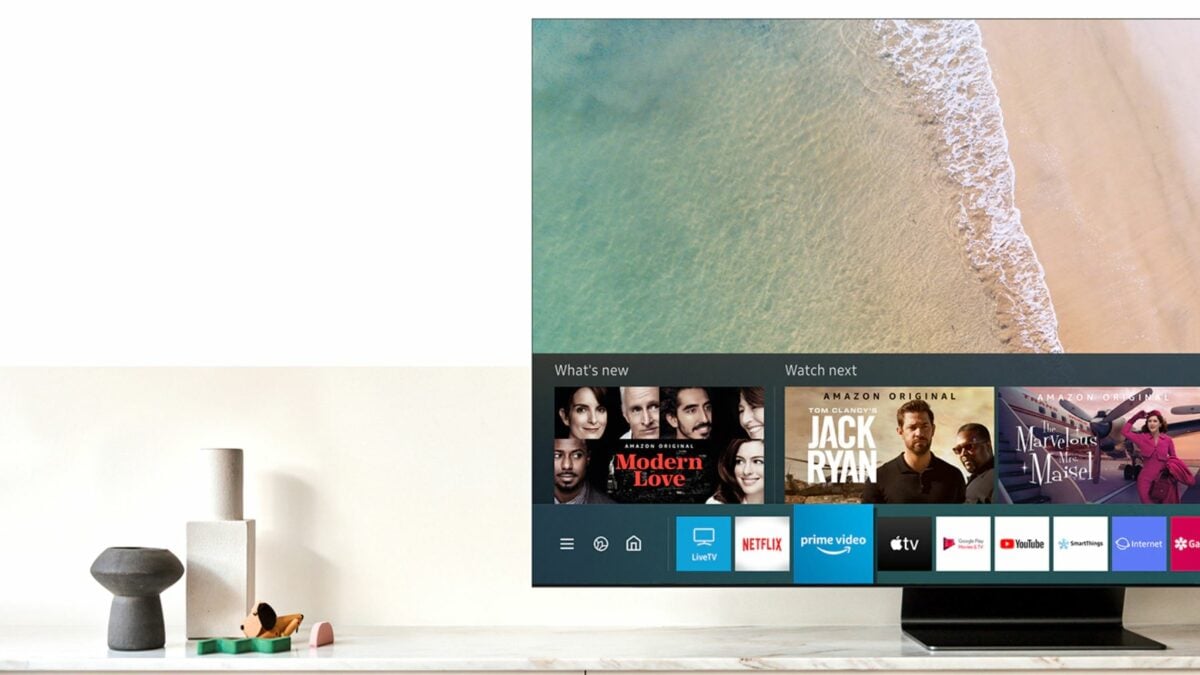 Tizen is the largest TV streaming platform in the world, according to the latest numbers. The Linux-based operating system developed by Samsung is used in the company’s smart TVs, smart monitors, and smartwatches. Tizen currently accounts for 12.5% of connected TV devices worldwide, ahead of other platforms.

According to market research firm Strategy Analytics, Samsung sold 11.8 million TVs worldwide during Q3 2020, which was the best quarterly performance ever by Samsung or any other brand. The report also states that there are currently over 155 million Tizen-based smart TVs in use worldwide, which is a healthy increase of 23% compared to 2019. LG’s WebOS, Sony PlayStation, Roku TV OS, Amazon’s Fire TV OS, and Google’s Android TV are the next big connected TV platforms worldwide.

The global market for connected TV devices reached 81.3 million units in Q3 2020, a 19% rise compared to last year. This category includes smart TVs, streaming media players, and game consoles. The overall TV sales in 2020 are expected to be 7% higher compared to 2019 due to the work-from-home trend following the COVID-19 pandemic and launches of new gaming consoles.

Samsung is now focusing on monetizing Tizen on its smart TVs, offering content providers and advertisers to reach more viewers. The company has also launched its free and linear TV streaming service Samsung TV+ in various countries worldwide. The service was recently launched for Galaxy smartphones.

David Watkins, Director of TV Streaming Platforms at Strategy Analytics, said, “By the end of this year, nearly 1.3 billion connected TV devices will be in use worldwide. Samsung’s success in smart TVs means that it will retain its leadership position for some time. The multi-way battle between Samsung, LG, Sony, Amazon, Roku, and Google will shape the way TV is viewed over the coming decade.”