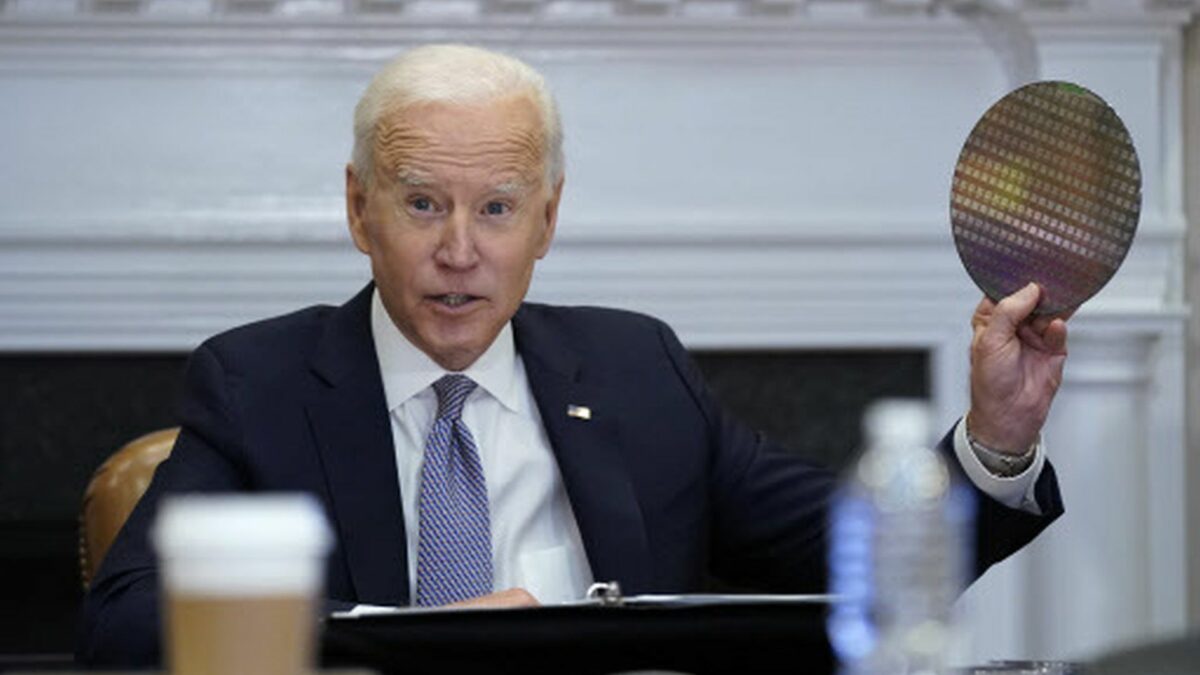 Monday’s White House meeting between US President Joe Biden and the industry’s largest semiconductor companies — including Samsung — has concluded. The details of the summit remain behind closed curtains but the US President’s intentions have become clearer, as he highlighted the importance of having a strong semiconductor infrastructure.

‘These chips, these wafers […] batteries, broadband — it’s all infrastructure. We need to build the infrastructure of today and not repair the one of yesterday’ said Joe Biden while holding up a wafer. According to The Korea Herald, the President reportedly added that the plan he proposes “will protect our supply chain and revitalize American manufacturing.”

Now, as far as Samsung is concerned, it was the only South Korean company present at the summit. The details of the meeting remain unknown but some industry watchers believe that Samsung and the White House may have agreed upon building a new chip fab on US soil, though it’s unclear whether the chip fab would be located in Texas, Arizona, or New York.

Other analysts believe Samsung isn’t entirely convinced by the prospect

Although Samsung’s alleged plans to build a new $17 billion chip manufacturing plant in the USA have supposedly been exposed at the beginning of the year, some analysts now believe that Samsung isn’t necessarily convinced that building a new chip fab in the USA is the best way to move forward.

This is because Samsung is also feeling pressure from the South Korean government to establish a stronger local supply chain and contribute to an improved local semiconductor infrastructure. Market watchers believe that Samsung might be split between the USA and its home country. The company will have to carefully consider the costs of each potential investment and determine which location could offer strategic advantages for its clients.

All things considered, Joe Biden seemingly confirmed that the White House wants to build a strong chip fab infrastructure in the USA, though only time will tell if Samsung will or won’t be involved.