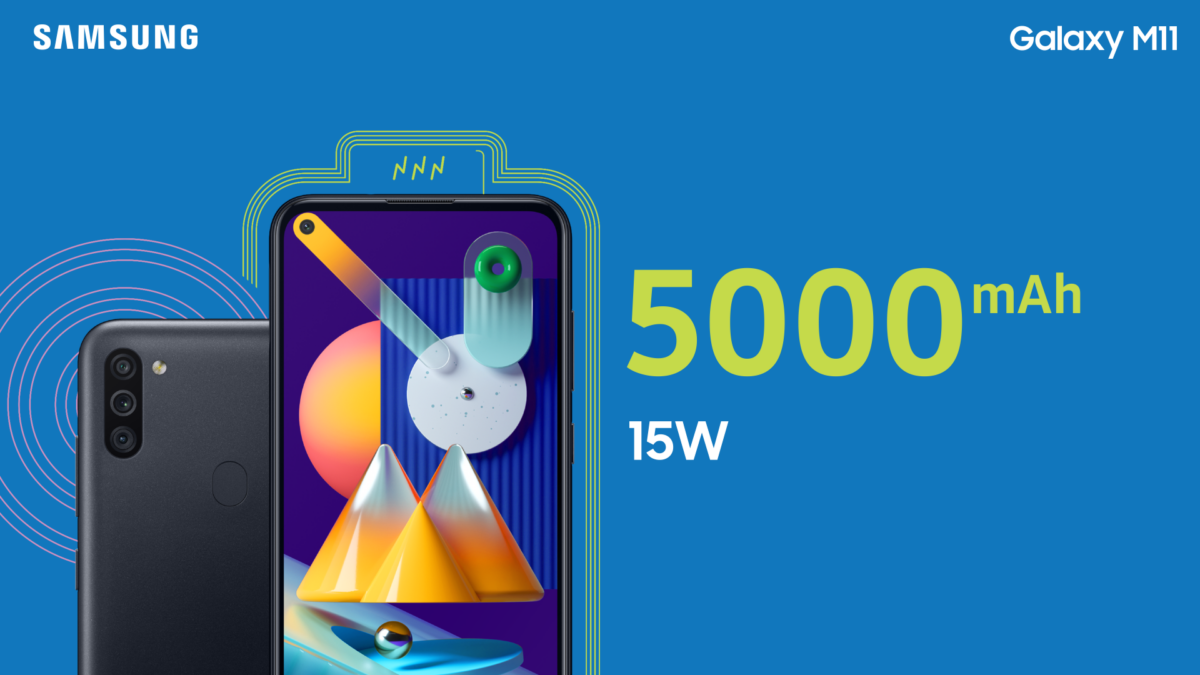 Samsung Netherlands confirmed the Galaxy M11’s arrival to Europe yesterday, four months after the phone’s original release in India. Today the company followed up with another announcement for the UK market where the Galaxy M11 will hit the shelves in early October via Samsung’s online shop and Amazon for £149.

At the time of writing, Samsung UK sells only two Galaxy M smartphones through its online shop, namely the Galaxy M31s and the Galaxy M51. They are both positioned higher up in the food chain compared to the Galaxy M11 and cost £279 and £329, respectively. The Galaxy M11 is a less powerful device but it tries just as much to deliver good value at an accessible price.

In exchange for £149, customers in the UK will be getting a 6.4-inch smartphone with an Infinity-O TFT display featuring a resolution of 1560 by 720. The Galaxy M11 is powered by the Snapdragon 450 chipset paired with 3GB of RAM and 32GB of storage, although the 4GB/64GB variant could be made available in the UK at a later date. But initially, customers in the UK will only be able to buy the 3GB model in two color options: black and metallic blue.

One of the Galaxy M11’s biggest selling point is its generous 5,000mAh battery with 15W charging capabilities. It’s another Samsung smartphone that adheres to the long-lasting battery philosophy. Samsung is the preferred smartphone brand among British customers, the majority of which place a high value on battery life, price and build quality, so in theory the Galaxy M11 should receive a warm welcome in the UK.