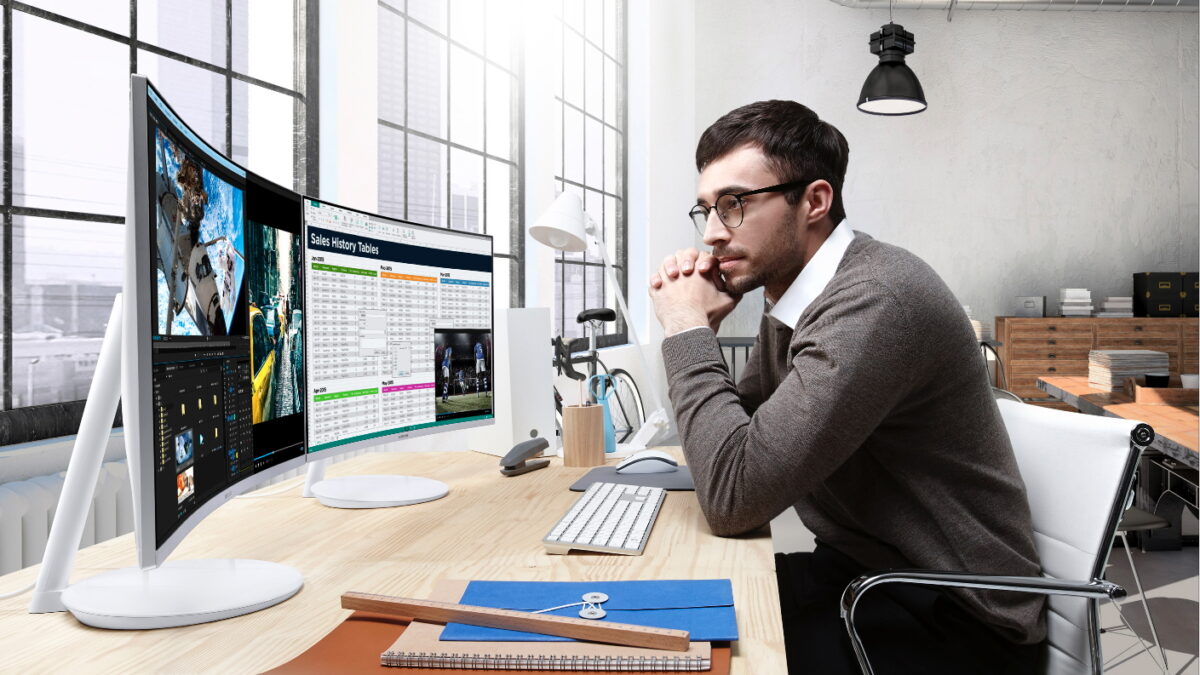 As millions of people were forced to work and learn from their homes during the COVID-19 pandemic, demand for computer monitors increased during Q3 2020. The overall computer monitor market grew by almost 16% compared to Q2 2019 as per a report from market research firm IDC, and Samsung saw the biggest jump among all the brands.

According to the latest report, Samsung sold 3.37 million computer monitors during Q3 2020, which is a whopping 52.8% jump in sales compared to the third quarter of 2019. Samsung’s market share increased from 6.8% YoY to 9%, and it was the fifth-largest computer monitor brand in the world. Samsung launched new productivity and gaming-focused monitors during the quarter.

Dell was the market leader in the computer monitor segment with a share of 16.9%, and it sold 6.3 million units during Q3 2020. However, its market share dropped by 1.9% compared to Q3 2019. Chinese firm TPV, which sells monitors under AOC and Philips brands, was the second-largest monitor vendor with a market share of 15.1% and sales of 5.6 million units. HP and Lenovo were placed second and third, respectively, with market shares of 12.6% and 10.6%. 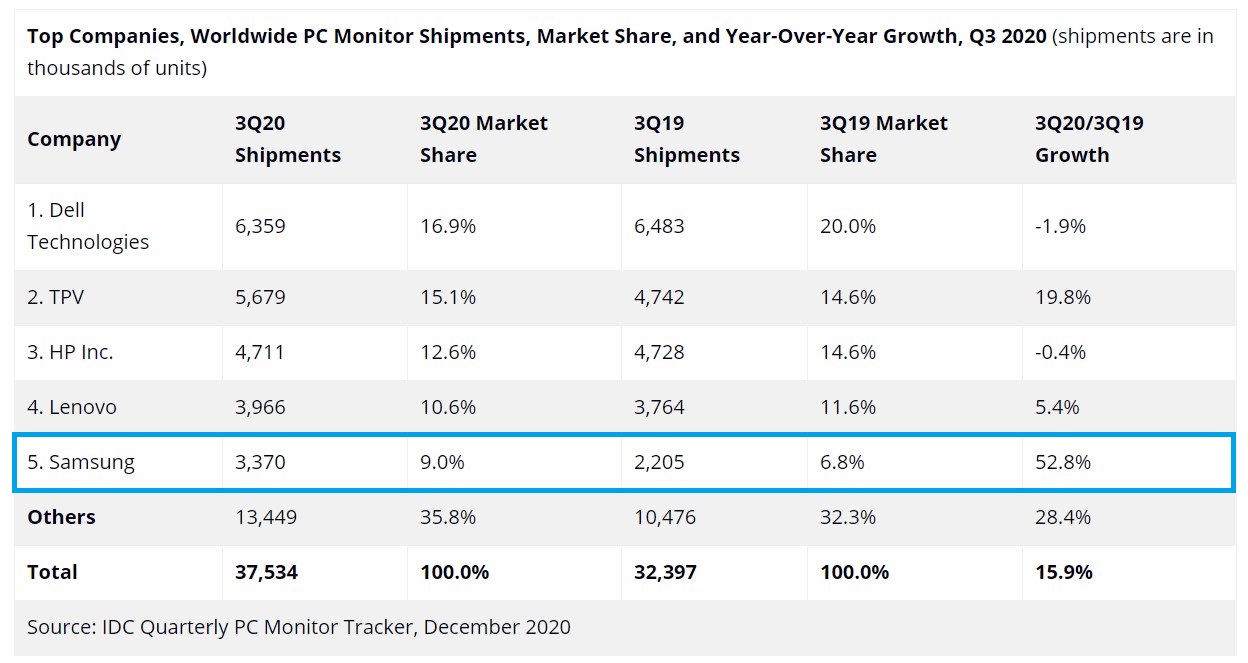