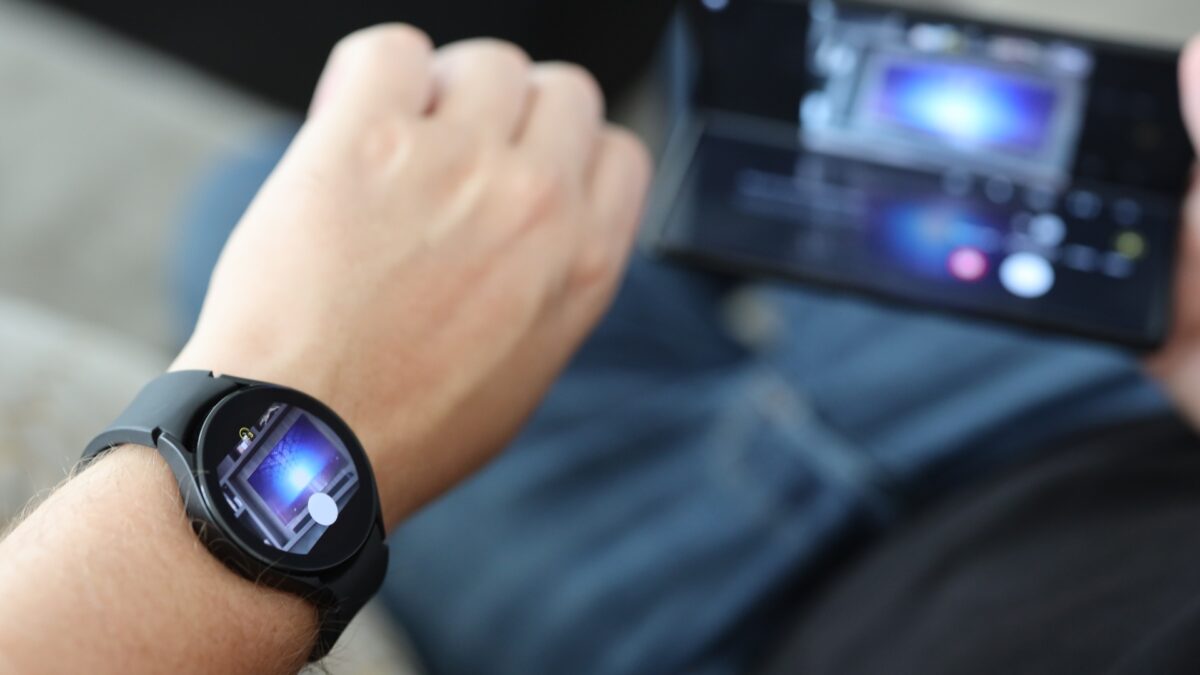 Samsung updated the Galaxy Wearable app a few days ago, and unfortunately, the new version appears to contain a bug that causes the app to crash or not launch at all, according to user reports from Reddit and Samsung Community.

The latest Galaxy Wearable version is 2.2.49.22062261. The update started rolling out late last week, and since then, numerous users have brought the aforementioned issue to light on various online avenues. The app doesn’t work as intended, and customers are waiting for a solution.

A Samsung Community moderator confirmed that the problem exists and that Samsung is working on a fix. The mod also shared a workaround that might help users get the Galaxy Wearable app running again.

Enabling “Nearby Devices” permission could fix the problem

Aside from confirming that the problem exists in the latest version of the Samsung Wearable app, the Community moderator also provided a bit of insight as to why this issue occurs.

According to the moderator, this bug is triggered when users disable the “Nearby Devices” permission. In other words, enabling this permission should allow the Samsung Wearable app to work as intended.

This temporary workaround might let Galaxy Watch customers continue using their devices until Samsung releases a proper fix. A timeframe wasn’t provided, but we’ll keep you posted as soon as we find out more. 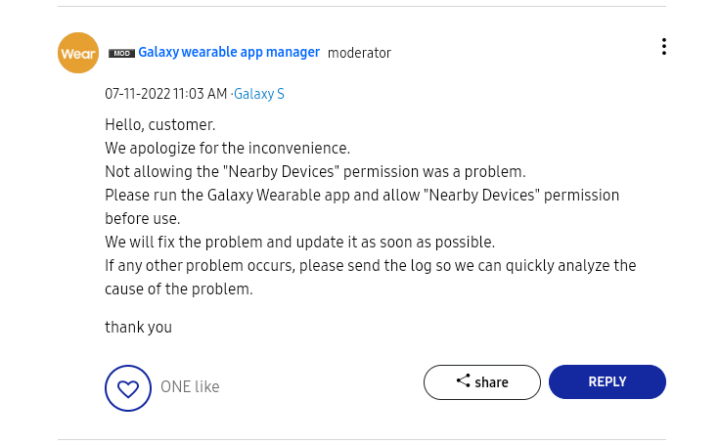