One UI 2.5 update for the Galaxy A71 rolling out in dozens of markets

Samsung unveiled its latest version of One UI at Galaxy Unpacked as it usually does. One UI 2.5 debuted alongside the Galaxy Note 20 series before starting to reach other Galaxy devices through firmware updates. Samsung confirmed a couple of months ago that the One UI 2.5 update was being prepared for other Galaxy S, Note, and foldable devices, but made no mention of the Galaxy A series. Surprisingly enough, One UI 2.5 is now rolling out on a Galaxy A device of all things. It’s the Galaxy A71, to be precise, which is now getting the One UI 2.5 firmware update in various countries across different continents.

The update carries firmware version A715FXXU3ATI8 and weighs around 1GB. Compared to the previous version, the Galaxy A71 running One UI 2.5 benefits from improvements to the camera app and Samsung Keyboard. The update also adds an SOS location-sharing feature for Messages, support for Bitmoji stickers on the AOD (Always On Display), and a improvements to Wi-Fi connectivity. The latest firmware update is accompanied by the October 2020 security patch which is supposed to fix 21 vulnerabilities found in Samsung’s software.

One UI 2.5 for the Galaxy A71 is already rolling out widely

Firmware version A715FXXU3ATI8 for the Galaxy A71 is already available in dozens of countries. New updates usually have a limited reach as a staged approach gives Samsung enough time to halt the rollout if necessary, but it looks like the company was confident enough to release One UI 2.5 for the Galaxy A71 in countless markets at once.

You can attempt to update your Galaxy A71 by opening Settings, accessing Software update, and tapping Download and install. As always, an alternative is to find the firmware version in our firmware archive where you can download it manually and install it to your phone via a Windows PC. 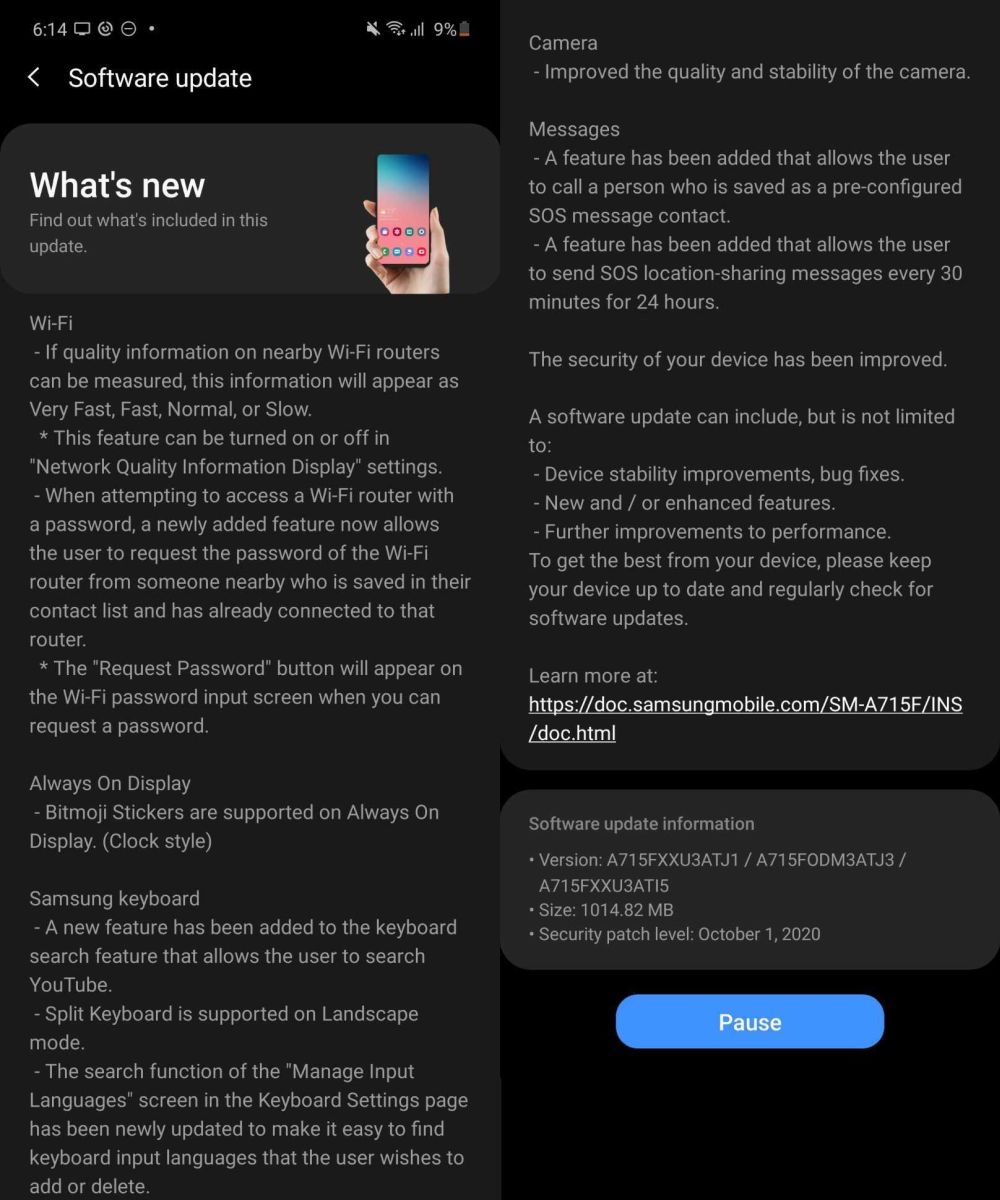 Galaxy A71 gets the August 2021 security update

The show goes on: Galaxy A71 joins the July 2021 security update party

Galaxy A71 grabs the May 2021 security update

Galaxy A72 vs Galaxy A71: Samsung may have created the best upgrade