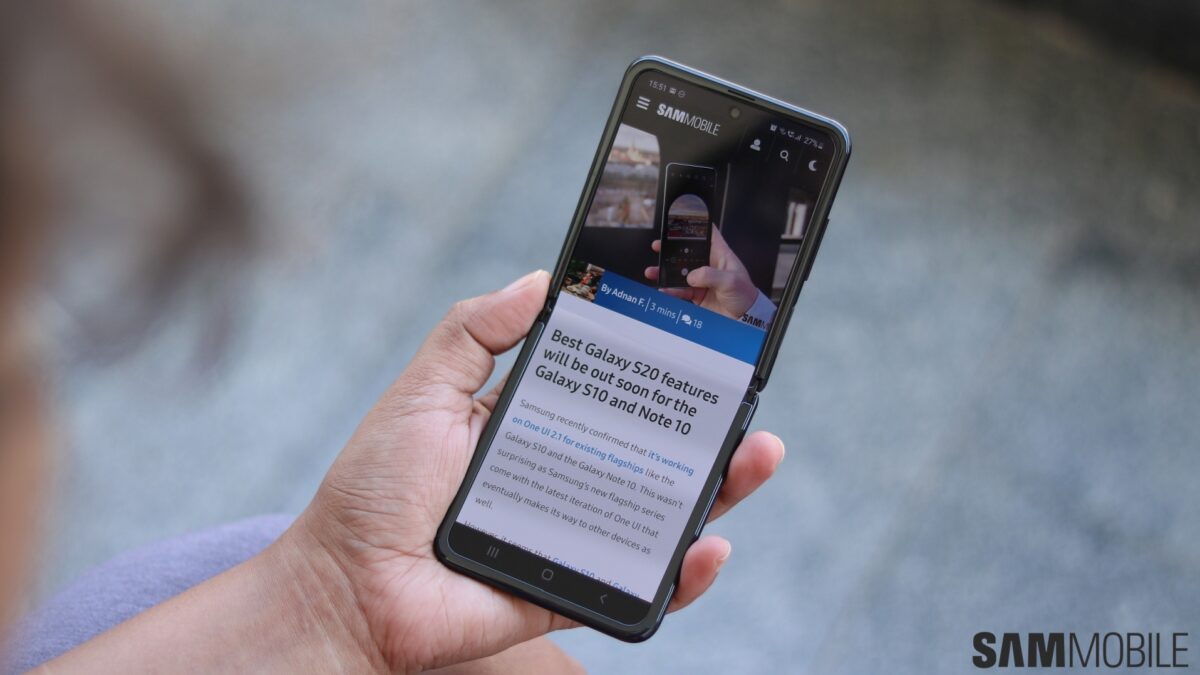 Over the past few months, Samsung has been at the top of the hill when it comes to software updates. The company has been keeping its smartphones and tablets updated regularly with the latest security patches. After releasing the June 2021 security patch to the Galaxy S21 series last night, the company has done the same for the Galaxy Z Flip 5G as well.

The Galaxy Z Flip 5G has now started getting the June 2021 security patch in various parts of Europe. The new software, which has firmware version F707BXXS3DUE1, is now available in Austria, the Baltic region, Bulgaria, the Czech Republic, France, Hungary, Italy, the Nordic countries, Poland, Portugal, Romania, Slovakia, Spain, Switzerland, the Netherlands, and the UK. Samsung has, once again, released a new security patch even before the start of the month.

Samsung is yet to reveal which vulnerabilities it has fixed with the latest security update, but we expect the company to publish a detailed report over the next few days. As always, the new security patch is expected to include fixes from both Google and Samsung for various security and privacy vulnerabilities. The new update could be rolled out to Galaxy Z Flip 5G in other markets very soon.

If you are a Galaxy Z Flip 5G user in any of the countries mentioned above, you might have received a notification for the update already. If you haven’t, you can manually check for the update by navigating to Settings » Software update and tapping on Download and install. If you are an advanced user, you can download the new firmware from our database and flash it manually.