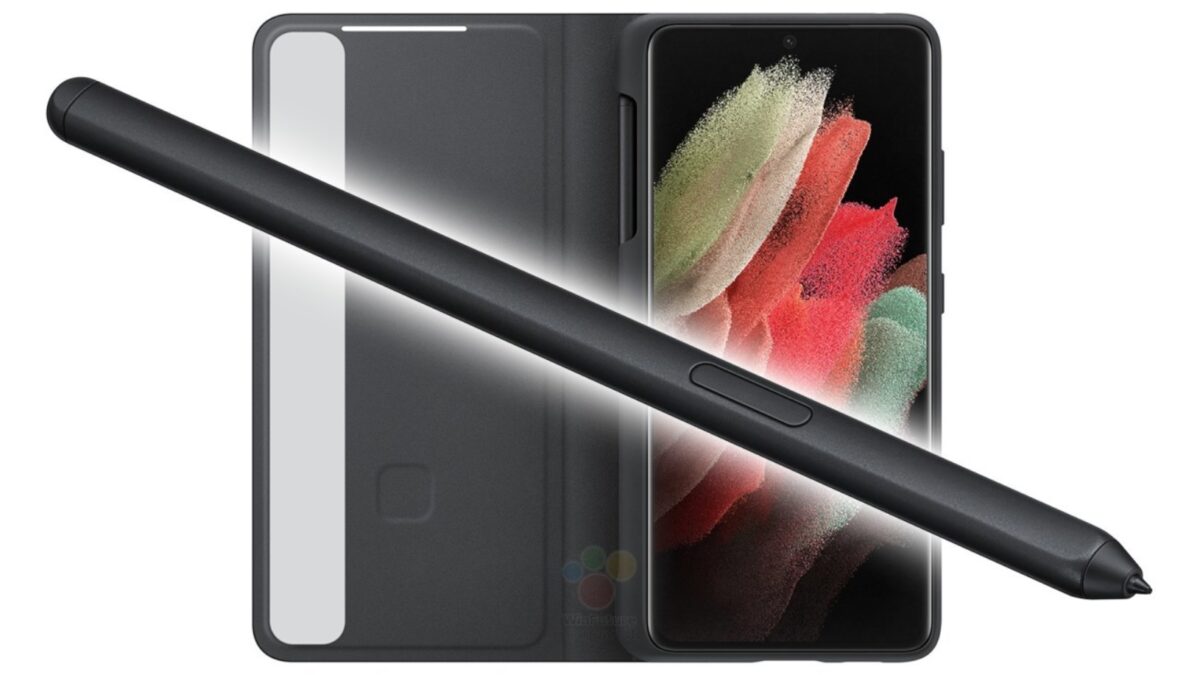 The new S Pen set to be available as an optional extra for the Galaxy S21 Ultra just leaked in a set of renders which also reveal an optional holster case Samsung reportedly designed for the occasion. These images, procured by WinFuture, confirm that the stylus meant to be used alongside the company’s next flagship won’t have a clickable end. This is hardly surprising, seeing how the new S Pen isn’t meant to be stored inside the Galaxy S21 Ultra itself.

Instead, Samsung intends to offer at least one new protective case with a dedicated holster for securing the stylus. This accessory is also part of today’s leak.

As for the S Pen compatible with the Galaxy S21 Ultra, the gadget will set you back around €40 ($50), the same source claims. That’s a minuscule commitment compared to the price of the smartphone, itself. For added reference, recent reports suggested the top model from Samsung’s next flagship family will have an eye-watering price. The Galaxy S21 and Galaxy S21+ aren’t expected to feature S Pen support.

The new S Pen appears to be similar to the one sold alongside the Galaxy Tab S7 and Galaxy Tab S7+. From a functional standpoint, the stylus isn’t expected to be any different from the one used by the Galaxy Note 20 series.

Samsung is scheduled to officially announce its next high-end smartphone range on January 14th. Following that, the Galaxy S21 family is expected to hit the store shelves worldwide near the end of the month.