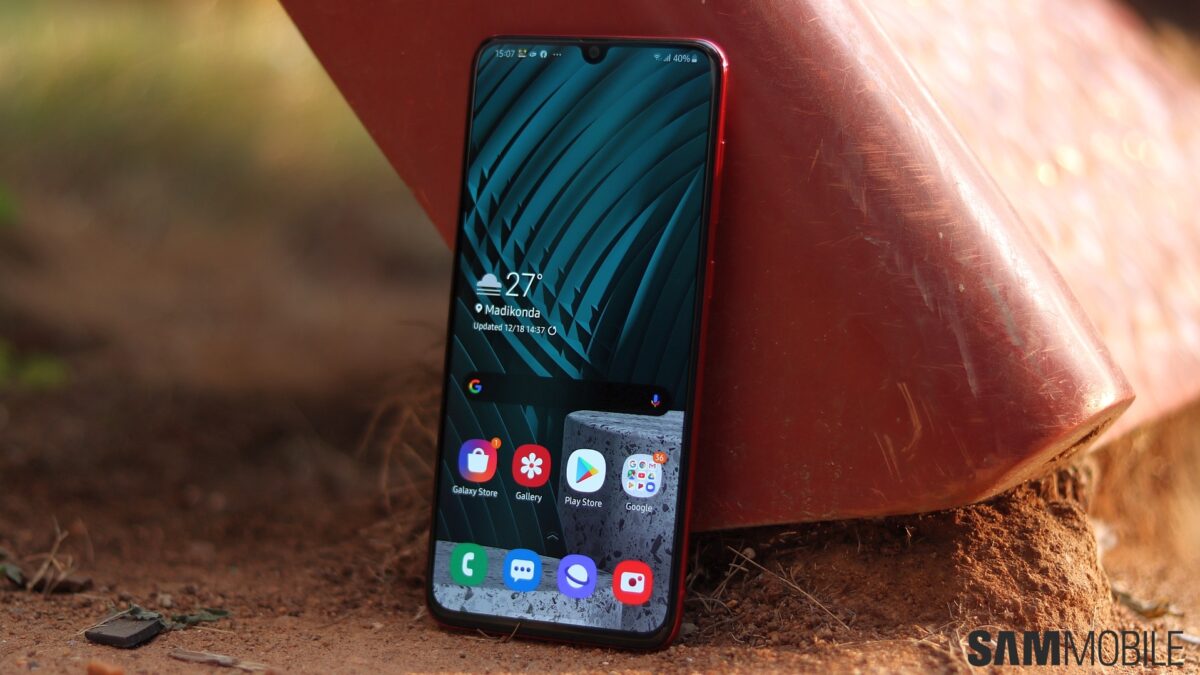 One UI 2.5 debuted with the Galaxy Note 20 series back in August and Samsung had gradually made it available for other devices through firmware updates. In a somewhat surprising move, the latest device to receive the One UI 2.5 firmware update is the Galaxy A70s, a smartphone that hasn’t seen the light of day in too many markets outside of India.

The latest update for the Galaxy A70s is identified by firmware version A707FDDU3BTH4, it weighs roughly 1.6GB, and it comes pre-loaded with the October 2020 security patch. There is no newer software available for any of Samsung’s smartphones outside of One UI 3.0 beta, which means the Galaxy A70s is now running virtually the same software as higher-end devices such as the Galaxy Note 20. This release could also indicate that One UI 2.5 might soon arrive on the Galaxy A50, the Galaxy A50s, and the Galaxy A70.

The user experience post-update is not going to be identical to Samsung’s latest flagship phones as some One UI 2.5 elements are missing, such as shutter speed controls in Pro Mode for the camera. Nevertheless, the update should include most One UI 2.5 improvements including new Wi-Fi monitoring tools, the ability to request a Wi-Fi router’s password from a nearby device, new Samsung Keyboard functions, support for Bitmoji stickers on the Always On Display, SOS functions for Messages and more.

The firmware update is now rolling out for the Galaxy A70s in India and you should be able to download it over the air by opening Settings, accessing Software Update, and tapping Download and install. Keep in mind that the firmware package weighs 1.6GB so you’ll probably want to download it over a Wi-Fi network. Alternatively, you can always check our firmware archive, download the latest update from there and install it on your Galaxy A70s using a Windows PC.