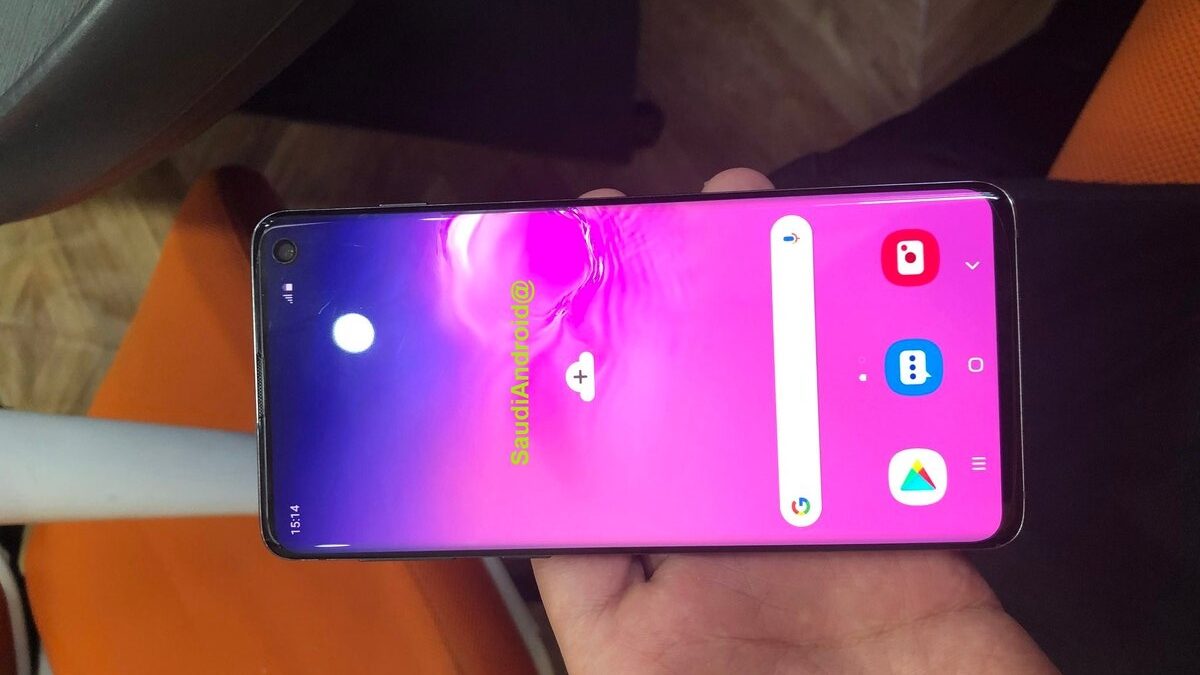 Such leaks are common this close to the official launch. More units find their way out of the company’s hands as it gears up to launch the new flagship. This means the possibility of people taking photos and sharing them increases. We’ll see more of them in the coming days.

These live images of the Galaxy S10 and Galaxy S10+ came from Saudi Arabia. It’s an unlikely place for tech leaks to originate but it goes to show that units are now out in preparation of the upcoming launch. It’s difficult to say where the images have been captured. One could assume they were shot by an enthusiastic worker at a local PR agency or perhaps in Samsung’s own offices.

That’s beside the point, though. What we see here is clear confirmation of the Galaxy S10 and Galaxy S10+’s design. Both handsets will feature a triple camera at the back and slightly more boxy design. Look closely at the first picture and you’ll see where you’ll have to place your fingerprint on the in-display fingerprint sensor. This confirms endless rumors that Samsung’s next flagship will be its first with a display-based fingerprint sensor.

Another leaked image has shown off the PowerShare feature and its ability to charge the new Galaxy Buds wirelessly. Samsung will have little to surprise you with on February 20 as far as the design is concerned. It will be interesting to see what new software features it has built for these devices. The Galaxy S10e, Galaxy S10 and Galaxy S10+ will be unveiled in San Francisco. It’s expected to open pre-orders the following day ahead of the release on March 8. 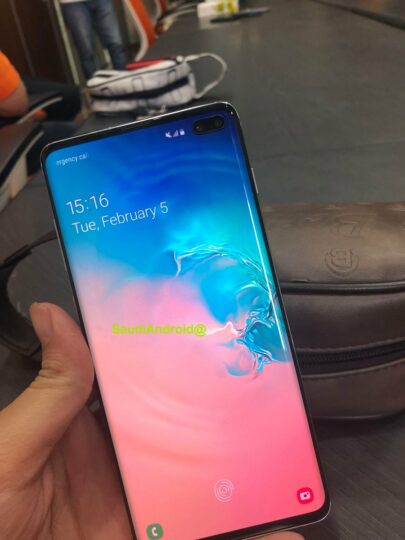 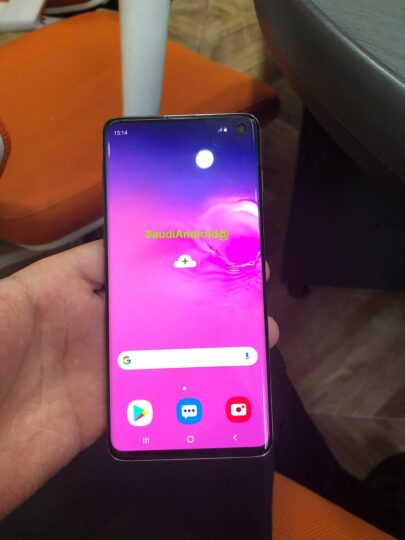 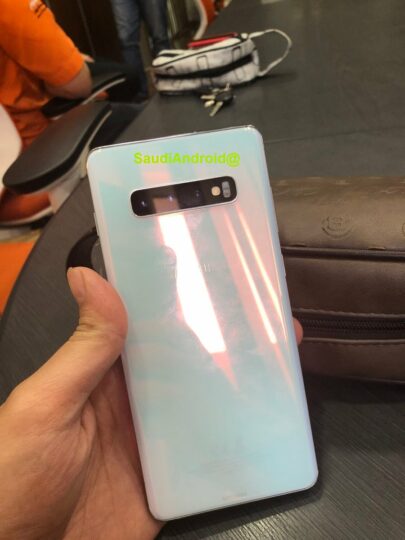 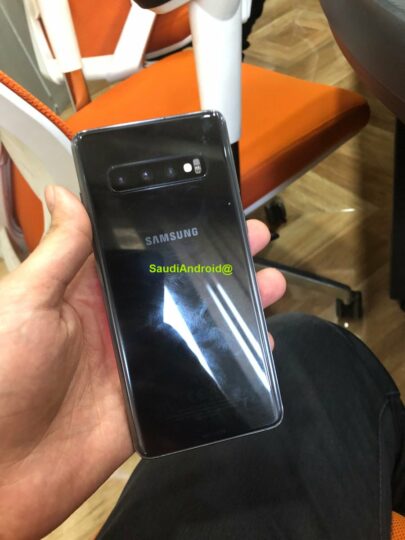