Samsung announced the original Gear IconX back in 2016 as the first truly-wireless earbuds from the company’s stable. Addressing some of the user complaints, the company released a successor, the Gear IconX (2018), in August last year. More than ten months after the official unveiling, Samsung has now finally launched its ‘latest’ earbuds in India.

The model launched in India today is no different from what is sold in other markets already. You can read the Gear IconX (2018) specifications below to learn what it brings to the table in terms of hardware. The Indian version should also include all the new features and improvements Samsung made via a major software update in April this year.

Available only in Black

To recap, apart from sporting a lightweight, ergonomic, and truly-wireless design, the latest Gear IconX also comes with a long list of features such as support for Bixby, handling calls, reading out notifications, activity tracking, fitness coaching, built-in storage for music, etc. The earbuds support fast-charging if the improved battery life falls short of your expectations. The Gear IconX case can also charge the earbuds with its built-in battery.

If any of this functionality interests you, the Gear IconX (2018) is already available for purchase in India on Samsung website, Flipkart, and at other major retailers for Rs.13,990 (~$200). Unfortunately, Samsung is offering only the Black color option in India, while customers in other markets have Pink and Gray color options as well. 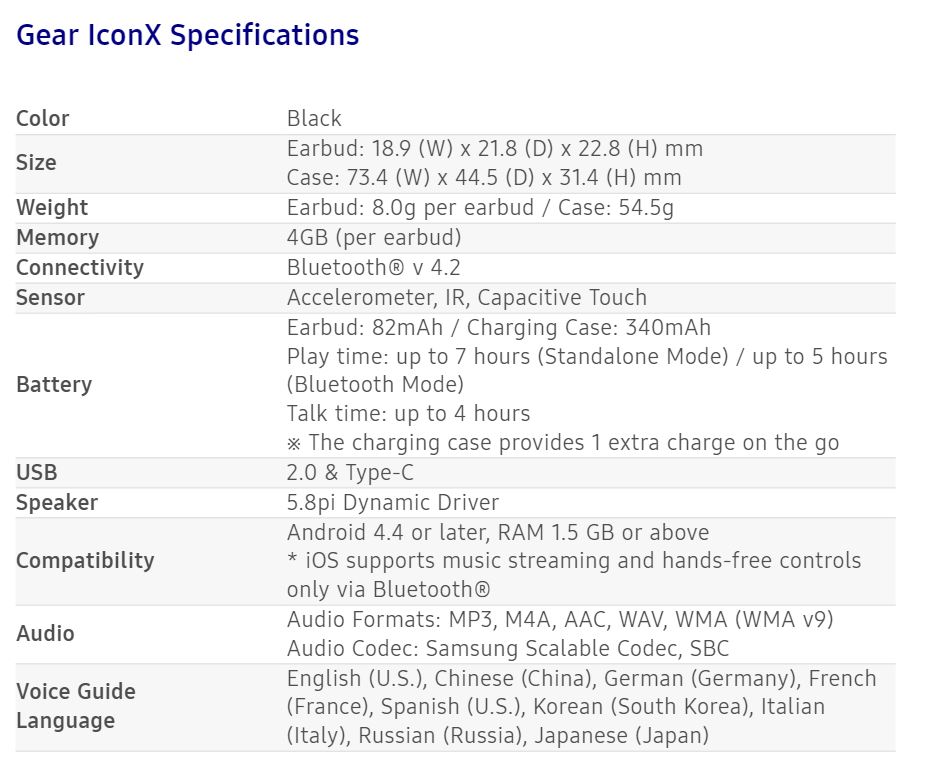