If you tend to capture a lot of videos you certainly need a lot of storage for it. Not just storage, you require reliable storage to ensure that you don’t lose precious footage due to the memory card dying on you.

Samsung today announced the launch of its new Pro Endurance memory card which is meant for users who need reliable storage for intensive video applications. The company says that its new microSDHC/microSDXC card offers “industry-leading” endurance while being capable of up to 43,800 hours of continuous video recording.

The Samsung Pro Endurance memory card has been developed for customers who use intensive video devices such as dash cams and body cameras. It’s also meant for business customers who require reliable storage for surveillance and security camera footage.

“Consumers want to feel assured with their video surveillance solutions, and the need for longer-lasting, higher performing memory cards that can withstand extreme conditions and capture critical moments is at an all-time high,” said Samsung executive Soo Kim, adding that the Pro Endurance meets that requirement for customers.

The new memory card can withstand harsh environments as it’s water, temperature, magnetic and x-ray proof. It also offers 25 times higher endurance than previous speed-focused cards, according to Samsung. The company is selling it with a five-year warranty. 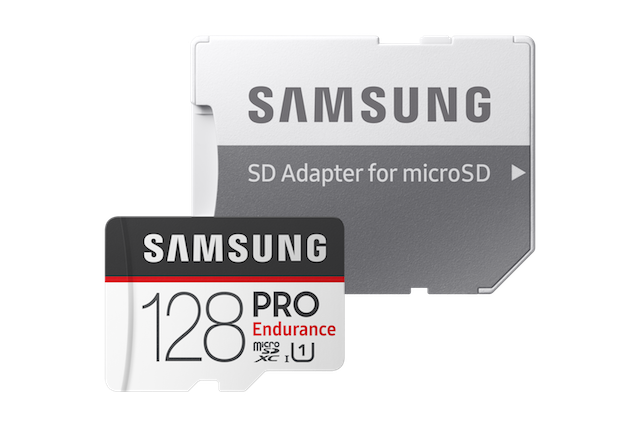