Oooppsss did Samsung just leaked that the Galaxy Note 2 is coming?
SamsungMobileArabia just tweeted the following: 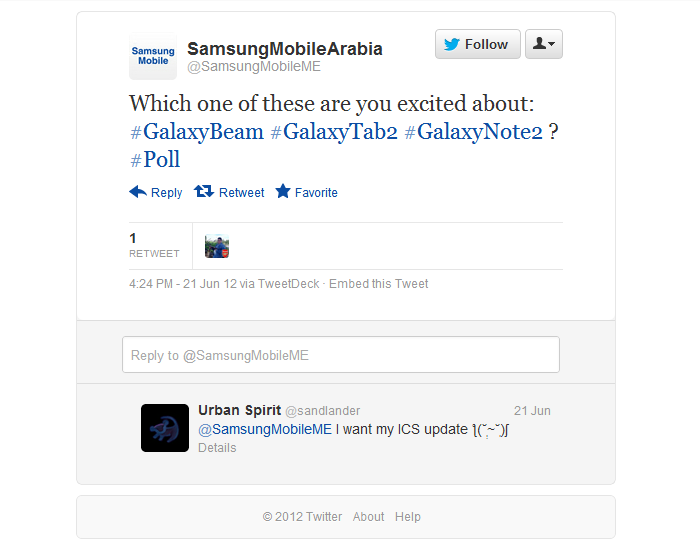 Unfortunately, Samsung Mobile Arabia isn’t the official twitter channel from Samsung.
However, Samsung’s headquarters is keeping their lips sealed!
Earlier this month a korean Newspaper allready had some information about the Note 2.

So maybe this is net to the Galaxy S III the most anticipated phone from Samsung till date.

Some specifications the korean newspaper said the Note 2 would have were:
It will sport  a 12 megapixel camera and quad-core processor a new type 5.3 inch screen which will be revolutionary and it will run on JellyBean.

It is expected that Samsung will show the Note 2 at IFA in Berlin, like they showed the first Note last year on IFA.

What do you think did they just confirmed the Note 2 or are they just creating a buzzzz?