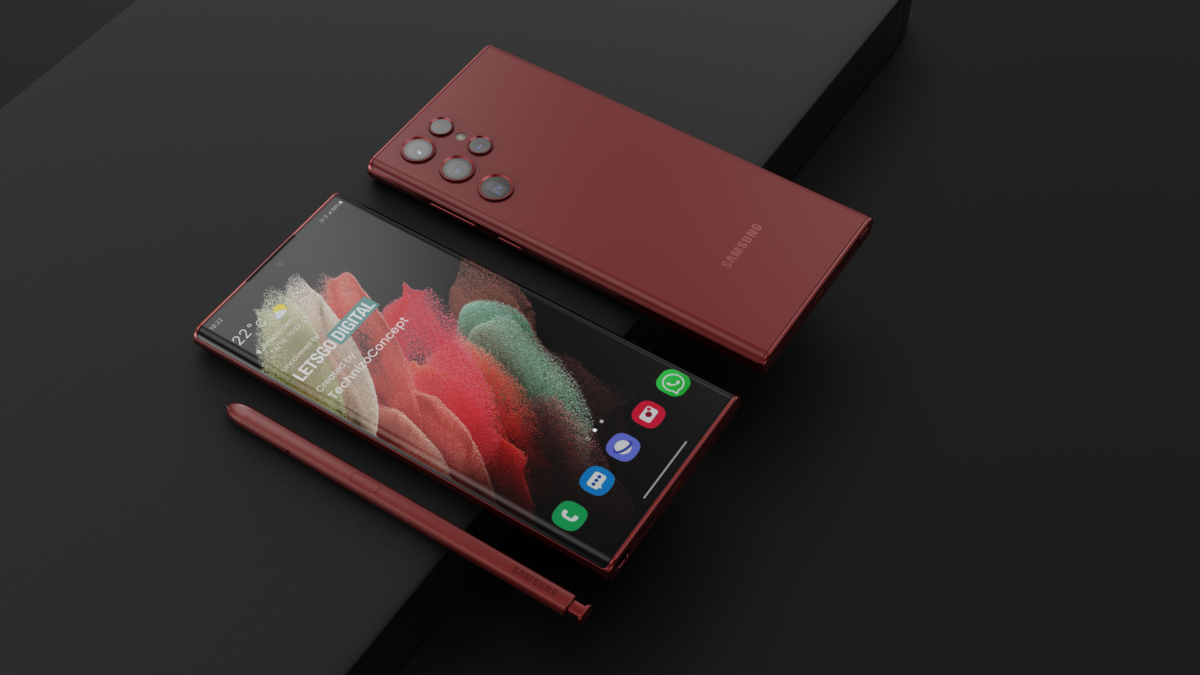 The Galaxy S22 series is expected to be unveiled in January 2022, but most of its features have been leaked already. Even the design and color-related information of the smartphone lineup has been revealed. A new report now claims that the Galaxy S22 Ultra will come in one more fancy color.

The Galaxy S22 Ultra is rumored to feature a 6.8-inch LTPO Super AMOLED Infinity-O display with QHD+ resolution, HDR10+, a 120Hz refresh rate, and S Pen compatibility. It is expected to come with a dedicated S Pen slot, just like Galaxy Note series smartphones. The device will have a 108MP primary camera, a 12MP ultrawide camera, and two 10MP/12MP telephoto cameras.

In most markets, the phone will come equipped with the Exynos 2200 processor (Snapdragon 898 in the US). The Exynos chipset features AMD’s Radeon Mobile GPU based on the RDNA2 architecture that supports ray-tracing and variable rate shading. It has already been revealed that the Galaxy S22 Ultra will have a 5,000mAh battery and support for 45W fast charging.