The Galaxy Z Fold 2 and the Galaxy Z Flip are the world’s most popular foldable devices. They’re kind of like the yin and yang of the foldable smartphone segment. They’re very different from one another but they complement each other well. Their target audiences are not necessarily the same but they do overlap, and although Samsung seemingly has a greater focus on the Galaxy Z Fold lineup at the moment, perhaps the company should pay equal attention to the Galaxy Z Flip series and its fans.

Comparing the two devices, the Galaxy Z Fold 2 is a mobile productivity powerhouse that doubles as a tablet, whereas the Galaxy Z Flip is a much more elegant, fashion-oriented device with a focus on design and portability.

When it was introduced at Unpacked 2020 by Rebecca Hirst, Head of UK Mobile Product Marketing, the Galaxy Z Flip was described as ‘a standout smartphone for people who want to stand out, and it all starts with a playful, premium design.’

The company didn’t outright-label the Galaxy Z Flip as a ‘phone for the ladies,’ for business reasons if nothing else (after all, Samsung wouldn’t want to alienate any potential customer), but the marketing material for the Galaxy Z Flip had a visible strong bias towards women. A fine strategy given that the Galaxy Z Flip’s compact form factor makes not carrying a purse a whole lot easier.

So, what’s next for the series? Well, Samsung is expected to release the unannounced Galaxy Z Flip 2 later this year, but we’re not sure if the company will maintain its fashion-oriented approach. Personally, I think the Galaxy Z Flip series should’ve been the face of Samsung’s foldable portfolio — especially since it’s cheaper than the Galaxy Z Fold and it has a familiar form factor.

In any case, we do have a few ideas of where the Galaxy Z Flip 2 should be headed next if the company decides to double-down on its fashion-oriented approach; Ideas inspired by user experiences that were shared by a few of our more fashionable friends and colleagues who have spent some time with the original Z Flip.

What does the Galaxy Z Flip 2 need to become a better phone for the ladies?

We posed this question to a few of our friends and colleagues who either own, have owned, or would like to own the Galaxy Z Flip, and what we got in return was a variety of answers that tell a similar story: The phone isn’t fashionable enough for a fashion-oriented device, and it’s not exactly fit for social media. Here are the details:

Samsung hasn’t released enough accessories for the Galaxy Z Flip; not unless you count the Galaxy Buds lineup. In fact, it barely released any. The Galaxy Z Flip has the Leather Cover in two different color options — black and silver — but that’s about it. No other fancy custom cases or official ways to customize the paint job.

Samsung did release a Special Edition Galaxy Z Flip with a case to match last year, but the product was reserved for a limited launch in Thailand and no other special edition variants were introduced since, in Thailand or elsewhere.

As a phone that was described by Samsung as having a fashion-forward design, the original Galaxy Z Flip certainly didn’t offer enough personalization / customization options. It was released in three Mirror colors — black, purple, and gold — and only two of them were widely available. Meanwhile, cheaper phones like the Galaxy S20 FE are getting a much wider color palette, so here’s hoping that the fashion-oriented Galaxy Z Flip 2 will do a better job.

Likewise, the Galaxy Z Flip Thom Browne Edition remains the only special edition variant endorsed by a fashion house. There were rumors that Samsung may be looking for similar tie-ups with other fashion brands but they never came to pass. And although the Thom Browne Edition looks fantastic, the plain look with the tricolored stripes isn’t for everyone.

Hopefully, the sequel will be backed by more fashion collabs later this year. Swarovski would make a good contender, especially given the fact that the jewelry company had partnered with Samsung before, leading to the creation of the Galaxy S6 case you see below. However, no fashion partnerships have been confirmed thus far. 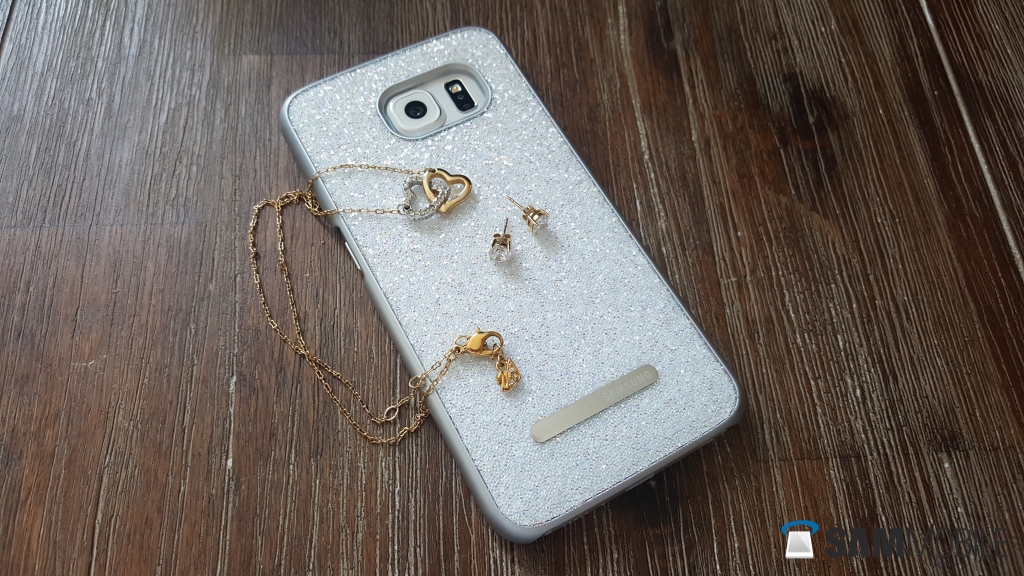 Better cameras, especially on the selfie side

None of our friends who continue using the Galaxy Z Flip are happy with the selfie camera. It’s serviceable but it’s not good enough for a phone that costs more than $1,000. Needless to say, the camera system certainly isn’t one of the phone’s highlights, and the selfie sensor, in particular, leaves something to be desired.

An improved main camera system would be most welcomed, but Samsung’s priority should be on improving the selfie camera experience first — whether by upgrading the sensor or by partly rethinking the design, or both.

Additional editing tools and modes in the viewfinder would make for a more complete package, and the new Snapchat filter that was introduced with the Galaxy A52 / A72 would also make for a nice addition.

One of the Galaxy Z Flip’s shortcomings lies in its relatively poor battery life. The 3,300mAh dual-battery with 15W charging isn’t good enough to deliver a full day of moderate-to-heavy usage on a single charge. Every one of our friends who have spent a decent amount of time on social media platforms and/or captured photos daily had to become more aware of their usage patterns in order to make it through the day.

And that’s not great for Samsung either, considering the fact that foldable phones in the wild are almost as rare as unicorns. It makes them great conversation starters, which also means that anyone who’s ever asked a Galaxy Z Flip owner about battery life has had their enthusiasm curbed.

The Galaxy Z Flip 2 probably won’t make a huge difference in this regard either. Not if one of the recent leaks turns out to be correct and the phone has a 3,300mAh dual-battery similar to the original model. Nevertheless, we’re hoping that Samsung will at least improve the sequel’s battery life through the adoption of a newer chipset and additional software optimizations.