More than a month after its European debut, the software update that introduced multiple Galaxy Note 10 features to the Galaxy S10 series is making its way to the US. Samsung has officially announced that stateside customers will soon begin to receive the update on their Galaxy S10e, Galaxy S10, Galaxy S10+, or Galaxy S10 5G. At least T-Mobile has already pushed out the update to its users. Unlocked models and other carrier variants should also be getting it soon.

If you have been keeping up with our coverage in recent weeks, you’ll know that the update in question is a substantial one. It brings over all of the new camera features that debuted on the Galaxy Note 10 – there’s AR Doodle, Live Focus video, Night mode for the front camera and the telephoto camera, a new effect called Glitch for Live Focus bokeh pictures, Hyperlapse mode for the front camera, and Super Steady recording in Hyperlapse mode. Also included is an enhanced video editor that lets you add subtitles to videos and easily stitch multiple clips together. 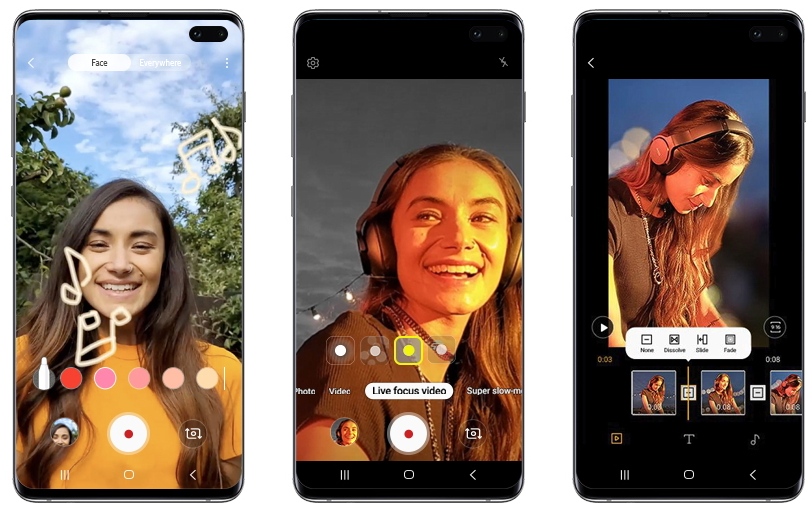 Those who use their phones for work (and those who want an edge over others while playing PUBG) will be glad to hear that the update enables the Galaxy S10 to be used with Samsung DeX on a Windows or Mac PC. It also adds Link to Windows integration, which allows you to connect to and view notifications, gallery images, and send and receive messages on your PC with Microsoft’s Your Phone Companion app with a single tap. Finally, the update brings the Dynamic Lock screen feature that changes the lock screen wallpaper every time you turn the screen on and off.

If you own a Galaxy S10 in the US, you can check if the update, which includes the October security patch, is available for you from the Software update menu of the phone’s Settings app. As mentioned above, the update may not be available for everyone right away; only T-Mobile is rolling it out as of now. Do let us know if you have received the update on your device by leaving a comment down below.